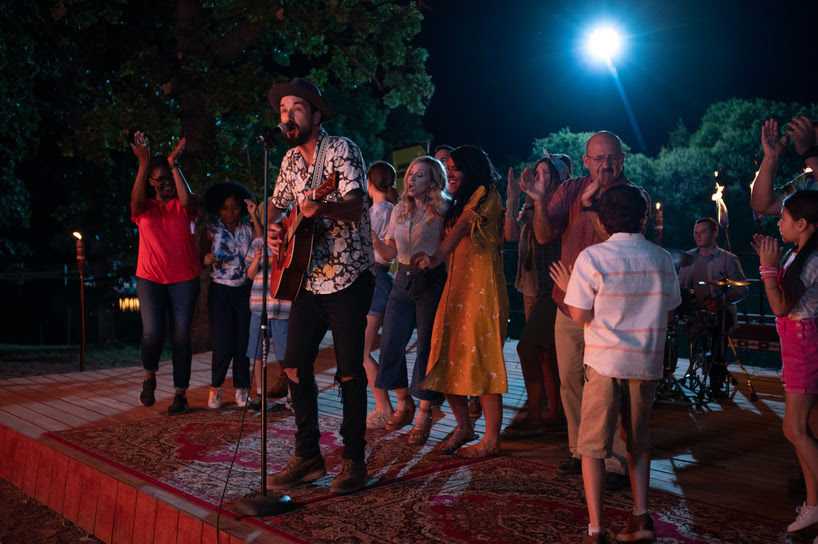 Rhett Walker is sharing 'All Joy No Stress'

Walker debuts ‘Family Is Family,’ his new song to be featured in upcoming movie ‘Family Camp’

According to his team, “The latest single from Grammy-nominated artist Rhett Walker, ‘All Joy No Stress,’ shares a message that everyone needs to hear.”

With its positive message and catchy hooks, "All Joy No Stress" is featured on his “Gospel Song” EP and has jumped into the Top 25 on the Christian audience chart. Closing in on 700,000 on-demand audio streams and thousands of views of the music video, which is below, a new EP will be released in the coming weeks offering four new versions of the song.

“The whole world is looking for joy, hope and peace, and we waste so much time searching for everything that can’t sustain," Walker shares. "Joy that changes your life comes from Jesus. Once you find that, you’re able to start living a life that’s a little more all joy and no stress, because it’s then that we realize who holds our life.”

To bring more joy to the popular single, Walker wanted to share the fun by creating a TikTok dance with his daughter. He also recorded an acoustic version of the song, which can be heard here.

Walker is also making his first movie appearance. Featured in the upcoming summer release "Family Camp," he performs his new song "Family Is Family." The song is available today (click here to listen) joined by a music video, viewable below.

Having an amazing experience during the filming of the movie, he says, “Family is messy, wild, crazy, fun, and something always worth fighting for, and that’s what I tried to capture in three minutes. No matter what you go through, family is family!" He adds, "Being in a movie was incredible. I'm so happy to be the world's newest Jason Bourne."

To promote the movie, Walker joined the stars of "Family Camp," Tommy Woodard and Eddie James – also known as The Skit Guys – on a Facebook Live earlier today. Click here to check it out. The movie is set for release on May 13 at theaters nationwide. Visit FamilyCampMovie.com and on Facebook, Twitter and Instagram for more.

In his career, Walker has released three albums, 2012's “Come To The River,” “Here's To The Ones” in 2014, and 2020's “Good To Me.” Walker received a Grammy Award nomination for the single "When Mercy Found Me," and is a three-time GMA Dove Awards nominees (New Artist of the Year, Rock/Contemporary Album of the Year and Rock/Contemporary Song of the Year).

His previously released single, "Gospel Song," follows the release of "Believer," Walker's most successful career radio single to date – spending 25 weeks in the Top 10 at Christian radio. He's toured with many of the biggest names in Christian music, such as MercyMe and Newsboys, and has appeared multiple times on the Grand Ole Opry.

Walker also hosts his own podcast, “Front Porch Gospel,” through the K-LOVE Podcast Network AccessMore, where Walker talks about faith, family and freedom, creating a space for families and friends to glean advice and encouragement. For more information, visit RhettWalker.com