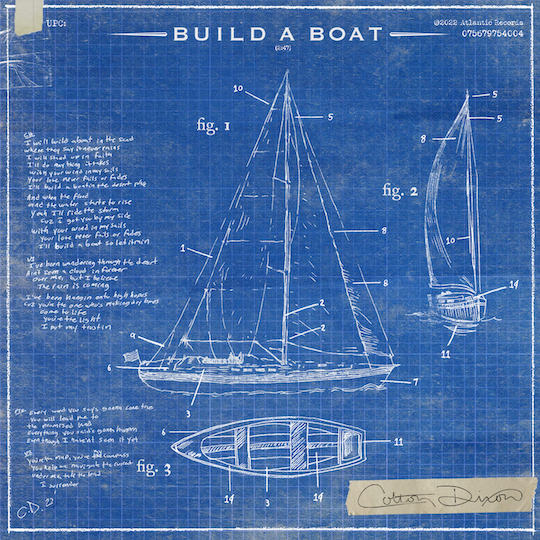 Colton Dixon will 'Build a Boat'

“American Idol” favorite Colton Dixon is releasing his first new music of the year today, with the pop anthem, "Build a Boat" (Atlantic). Written by Dixon along with co-writers and producers Pete Becker, Mikey Gormley, Johan Lindbrant and Seth Mosley, the track, along with a lyric video, is available at all DSPs today and will impact Christian radio on June 10.

“ ‘Build a Boat' is an anthem for anyone willing to stand up or step out for what they believe in," Dixon said. "Just as Noah stepped out to construct an ark in the middle of a drought, faith can look a little crazy sometimes. I hope this song encourages you to go beyond what’s comfortable to experience the reward waiting on the other side of crazy faith.”

"Build a Boat" is Dixon's latest single since signing with Atlantic records in 2020 and releasing his self-titled EP containing the No. 1 hits "Miracles," "Devil Is A Liar," and his 2021 single, “Made To Fly."

Dixon quickly became a household name in 2012 when he was voted a fan favorite and made it to the Top 7 on season 11 of FOX's hit show “American Idol.” His career has been on the fast track ever since, now boasting over 100 million streams across all platforms.

Dixon's 2013 debut, “A Messenger,” set the record for biggest first-week sales by a new solo Christian act, becoming the No. 1 selling album by a new Christian artist. Dixon is also a Steinway & Sons artist, following in the footsteps of legendary artists such as Harry Connick Jr. and Billy Joel. His sophomore effort, “Anchor,” included the most played Hot AC single of 2014, “More Of You," which spent three weeks at No. 1, as well as "Through All of It," his fourth consecutive No. 1 at Hot AC Radio. In 2013, Dixon won a Dove Award for Best Rock/Contemporary Album Of The Year, along with two additional nominations. In 2015, Anchor was honored with the Dove Award for Rock/Contemporary Album of the Year. Dixon received back-to-back K-LOVE Fan Award nominations for Male Artist of the Year in 2014 and 2015, followed by the release of his third studio album, “Identity,” which included the Top 5 single “All That Matters,” whose video was premiered by PEOPLE magazine.