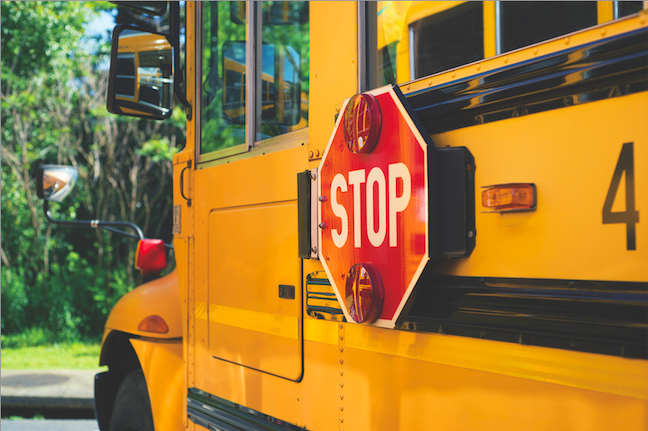 Submitted by the New York Association for Pupil Transportation

The New York Association for Pupil Transportation (NYAPT) – a statewide organization dedicated to the support, development and representation of professionals responsible for the safe and efficient transportation of school children – is supporting Operation Safe Stop Day. The annual public awareness event promotes school bus safety and educates the public about the dangers of illegally passing a stopped school bus when its red lights are flashing.

"Stop on red, our kids are ahead – that’s the Operation Safe Stop motto,” NYAPT Executive Director David Christopher said. “While the main focus is to remind drivers to stop for stopped school buses so we can keep our school children safe, it is important to note that law enforcement across the state will be out in force following yellow school buses and issuing tickets to those drivers who violate the law."

According to NYAPT’s own statewide surveys, an estimated 50,000 drivers in New York illegally pass stopped school buses every day school is in session, endangering students and putting their lives at risk. During Operation Safe Stop Day, law enforcement throughout New York state will be following school buses and issuing tickets to drivers who illegally pass them.

“Keeping children safe when they take the school bus to and from school each day is our top priority, and we urge drivers to do their part to keep our students safe,” said NYAPT President and Transportation Director at Coxsackie-Athens School District Ted Nugent. “We ask the public to avoid all distractions while driving, to be aware of school buses that are on our roadways, and to always stop when they see those red lights flashing on a school bus. Student lives depend on all drivers following the law.”

NYAPT Executive Director David Christopher added, “Young kids have many worries regarding school, and traveling safely to school shouldn’t be one of them. So please slow down and watch for school buses either stopping or about to stop. Don’t be one of the 50,000 drivers in New York who threaten a child’s life each day by illegally passing a stopped school bus.”

Additionally, for those school districts and municipalities that choose to use automatic ticketing stop arm cameras on school buses, state law allows fines to be levied on the owner of any vehicle that illegally passes a stopped school bus beginning at $250 for a first violation and up to $300 for subsequent violations.

NYAPT also noted the 2.3 million children who ride school buses in New York state are driven by qualified and well-trained school bus drivers on routes carefully planned for safety, that buses are maintained at the highest of safety standards, and that school transportation officials are doing their best to keep students safe when they are on or near a school bus.

﻿According to the National Highway Traffic Safety Administration, students are 70 times safer riding a school bus to school versus a private car. See www.nhtsa.gov.