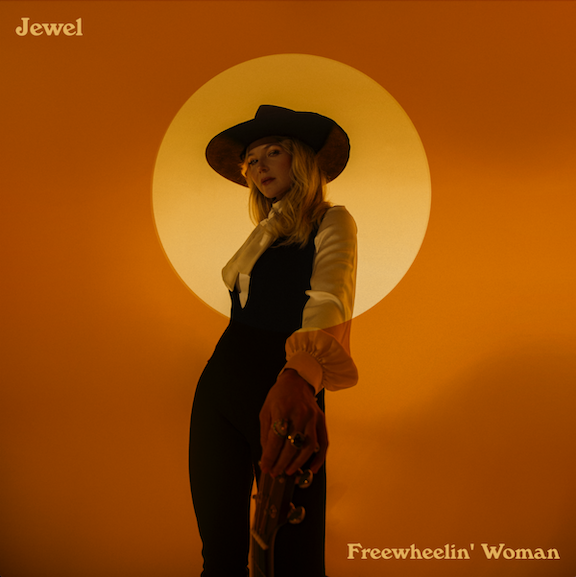 V Magazine said of the album in a recent “Heroes” feature, “encompassing folk, pop and R&B, Jewel weaves in themes of womanhood, independence, but most of all, hope. The somber soliloquies disguised as songs flow over like a soothing salve, comforting your deepest anxieties and worries.” While SPIN magazine affirmed “an unmistakable decree: Jewel is back.”

The Associated Press stated, “her voice switches gears thrillingly, as comfortable as a pair of favorite jeans.”

“I cut my teeth on singers like Ella Fitzgerald and Sarah Vaughan and got into those Muscle Shoals records a little later on, and for some reason that’s where my voice and my writing wanted to go on this album,” said Jewel, who recorded “Freewheelin’ Woman” live with a full band.

Again, her team said, “At turns triumphant, fragile and gloriously fierce, Jewel’s voice is a perfect conduit for the personal catharsis documented on ‘Freewheelin’ Woman.’ ”

She said, “A lot of these songs have to do with overcoming something difficult and then celebrating that, or taking the long way around to get to the place that feels right to you.”

Looking back on the making of “Freewheelin’ Woman,” Jewel regards the album as the most recent milestone in her lifelong devotion to following her truth.

“When I first got signed, I was homeless and trying to figure out whether this was a career that could actually work for me,” Jewel said. “I knew that I wanted to be an artist, and that meant I had to be willing to grow, adapt, change, and go wherever I felt my heart needed to go – which often isn’t where managers or labels or even fans might say you should go. And I’m proud that now, at 47, I can look back and know that I’ve never done anything contrived for the sake of trying to be successful. Everything I’ve done, I did it because it was fun for me – and this record was really fun.”

Audiences will get a chance to see Jewel and her band perform music from the new album live on tour this summer with Train, who are also featured on her recent single “Dancing Slow.” The tour visits the Darien Lake Amphitheater on Saturday, July 9. For more information on Jewel, visit jeweljk.com.