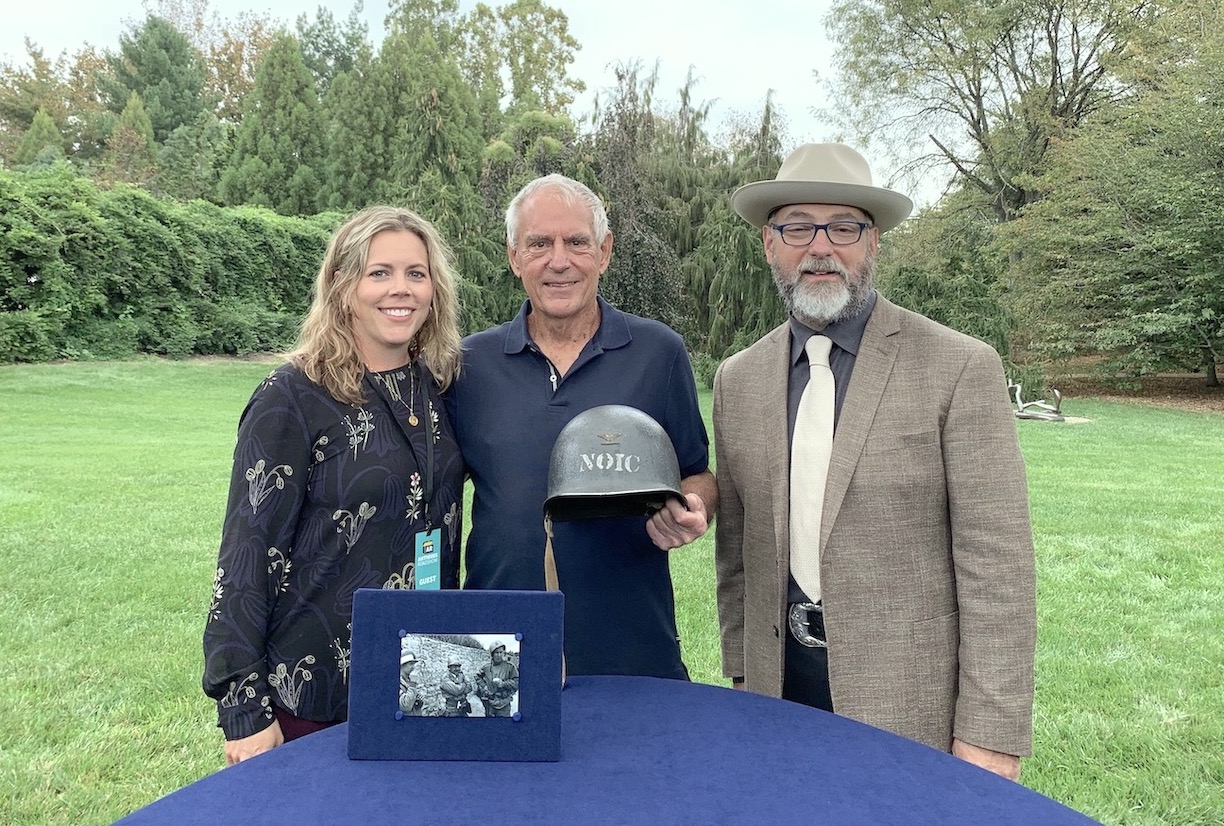 Lloyd Draper, center, is shown with his daughter, Debi Morrison, and appraiser Jeff Shrader at the filming site. (Submitted photo)

Lewiston man to be featured on 'Antiques Roadshow'

He said, “I am a longtime resident of Lewiston and retired school teacher at Niagara Wheatfield. Last October, I traveled to Hamilton, New Jersey, to be filmed in a local park named ‘Grounds for Sculpture.’ I was asking the appraisers to look at a rare WWII U.S. Navy helmet worn by my great uncle, Capt. James Earl Arnold, who was assigned as the Navy officer In charge of the allied invasion of Utah Beach at Normandy, France, and one of the most historic battles and a turning point of WWII.”

He teased, “You will have to watch to see what I found out about our family heirloom.”