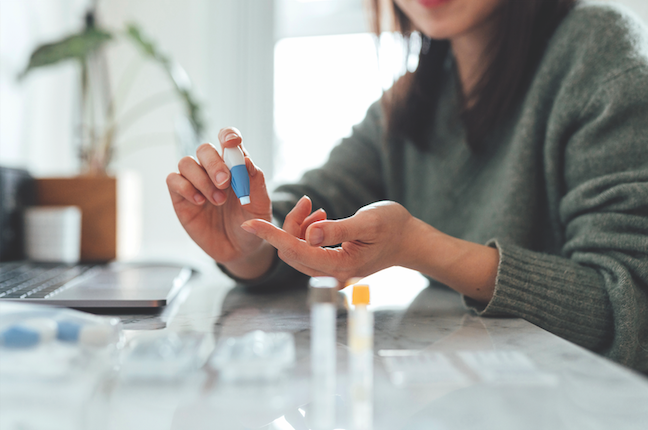 Tops Friendly Markets is once again partnering with JDRF (formerly known as the Juvenile Diabetes Research Foundation) as it embarks on a 52nd year to find a cure for type 1 diabetes (T1D).

This year, Tops annual JDRF sneaker campaign will begin Sunday, April 10, and run through Saturday, April 30. The goal is to raise money to help fund research to help find a cure for T1D. The paper sneaker, which was designed by a Tops associate back in 1993 and is now widely used nationally as well as internally in JDRF fundraising campaigns, will be sold at Tops registers for a $1 donation.

This year also marks a milestone in which insulin celebrates 100 years since its inception. On Jan. 11, 1922, 14-year-old Leonard Thompson, who’d been diagnosed with diabetes three years earlier, became the first person to receive an experimental drug – insulin – that wasn’t yet tested in humans. To learn more about this important discovery, visit https://bit.ly/3r5Gt4A.

A press release announced, “Now more than ever, the onset of T1D can happen suddenly, impacting people of any age, affecting them every moment of every day, and it lasts a lifetime. That’s why Tops is proud to join them in the fight as Tops launches its 29th annual JDRF campaign. Since 1993, Tops has raised nearly $14 million for the cause with Tops fundraising efforts, putting the company in the top fundraisers across national corporate partners.

“While type 1 diabetes is a disease commonly associated with young children and was once known as juvenile diabetes, adults can be diagnosed, as well. In fact, 42% of people diagnosed with T1D are between the ages of 31 and 60!”

Tops Friendly Markets President John Persons said, “Over the years, in working closely with our partners at JDRF, we have seen first-hand the important role this organization plays in nearly every major advancement for diabetes. Whether it be in the form of drug, device or cell therapy made in T1D in the last 50 years, JDRF is the leading nonprofit fighting to find cures for T1D and improve the lives of those living with the disease today.”

The press release continued, “Tops Friendly Markets fully believes that advocacy for those with T1D is paramount to help drive advances to both cure the disease and help keep them healthy until cures are found. More than 1.6 million Americans have T1D, and about 5 million people are expected to have the disease by 2050, including nearly 600,000 youth.”

Based in Williamsville, Tops Markets currently operates 150 grocery stores in New York, Pennsylvania and Vermont, including five that are run by franchisees. It is the largest private, for-profit employer in Western New York, with over 14,000 associates. For more information, visit www.topsmarkets.com.

JDRF’s mission is to accelerate lifechanging breakthroughs to cure, prevent and treat T1D and its complications. To accomplish this, JDRF has invested more than $2.5 billion in research funding since inception.

It stated, “We are an organization built on a grassroots model of people connecting in their local communities, collaborating regionally for efficiency and broader fundraising impact, and uniting on a national stage to pool resources, passion and energy. We collaborate with academic institutions, policymakers and corporate and industry partners to develop and deliver a pipeline of innovative therapies to people living with T1D. Our staff and volunteers throughout the United States and our five international affiliates are dedicated to advocacy, community engagement and our vision of a world without T1D.”