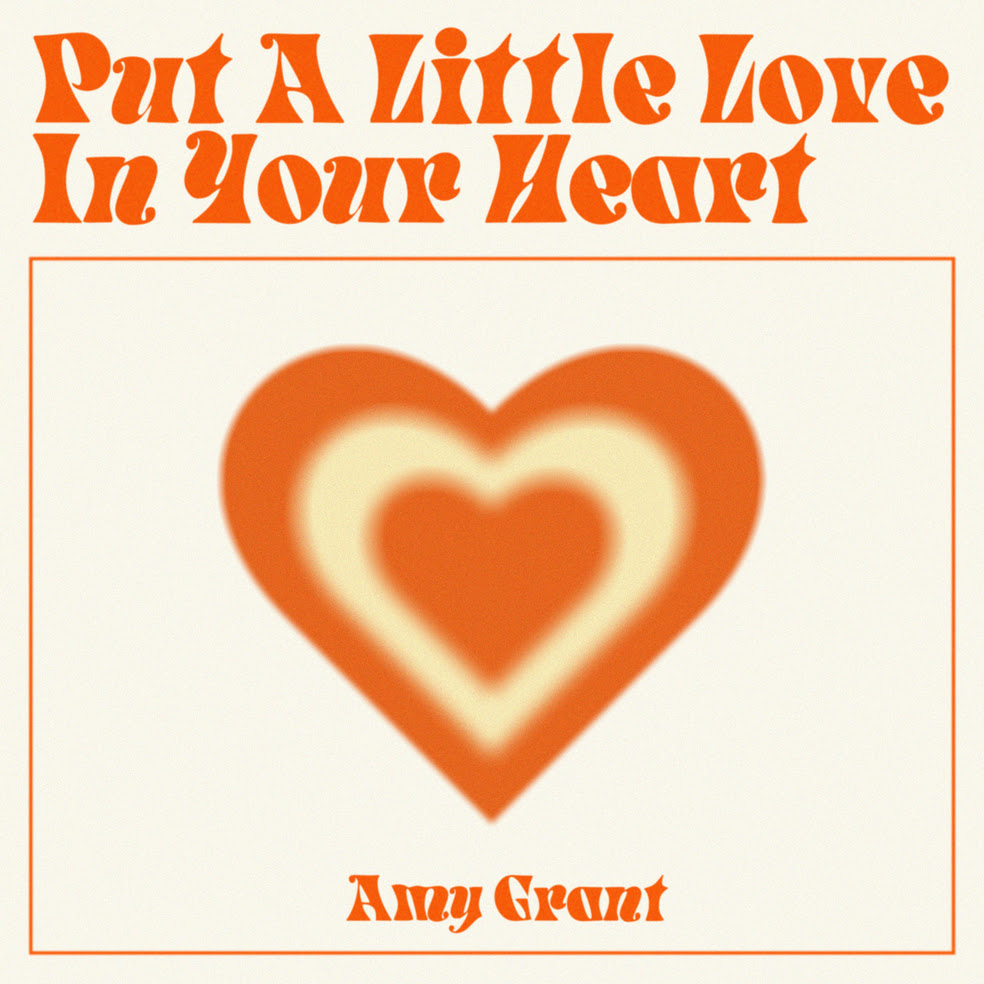 Amy Grant, "Put A Little Love In Your Heart" (Image courtesy of The Media Collective)

Six-time Grammy Award winner Amy Grant has released a cover of the classic hit song "Put A Little Love In Your Heart," as well as a unique music video including fan-submitted photos and videos taken from her 2021 “Line By Line Tour.”

Grant teased the release yesterday on “GMA3,” talking about how she closed out each show with “Put A Little Love In Your Heart” and it was a highlight at each stop.

Known for her philanthropic work as much as for her music, and often commenting, "my heroes are people that help others," the song is one Grant considers just as relevant today as it was when it was co-written by Jackie DeShannon in 1969, with lyrics including: "Another day goes by/And still the children cry/Put a little love in your heart/If you want the world to know/ We won't let hatred grow/Put a little love in your heart."

Grant's heart to serve others has found her partnering with organizations including the American Red Cross, Compassion International, The T.J. Martell Foundation, Challenge Aspen and Brad & Kimberly Paisley's "The Store." She also hosted NBC's "Three Wishes.”

"The message of Jackie's song has never been more needed than today," Grant said. "I recorded this cover at the encouragement of my longtime friend and drummer, Greg Morrow, and I have been closing my concerts with this song for years. When making the video, we wanted to honor the fans who keep showing up. I love seeing the faces of people who continue to come to my concerts and have kept my career going all these years, longer than I ever expected! Here's to many more years of celebrating music together!”

Timely and fitting with the release of the new track is Guideposts magazine's current issue, out now, which features Grant on its cover and a feature story where she writes about her strong belief in prayer, penning three personal stories, including one about how any act of generosity – no matter how small – truly makes a difference. Grant also shares with readers her own guiding prayer each day of, “Lord lead me today to those I need, and to those who need me, and let some thing I do have eternal significance.”

In addition to her six Grammy Awards, Grant has earned 26 Dove Awards (including four Artist of the Year Awards) and has been awarded a star on the Hollywood Walk of Fame as well as the Music City Walk of Fame and the Nashville Songwriter's Hall of Fame.

Conventional wisdom has it that Grant put contemporary Christian music on the map becoming the first CCM artist to have a Platinum record, the first to hit No. 1 on the pop charts and the first to perform at the Grammy Awards. With that, her legacy as one of the most influential artists of the past four decades is assured.

2022 promises to be a busy year with touring. Additionally, it marks anniversaries of her Platinum-selling classic “Age To Age” and the Gold-selling “Behind The Eyes” albums.