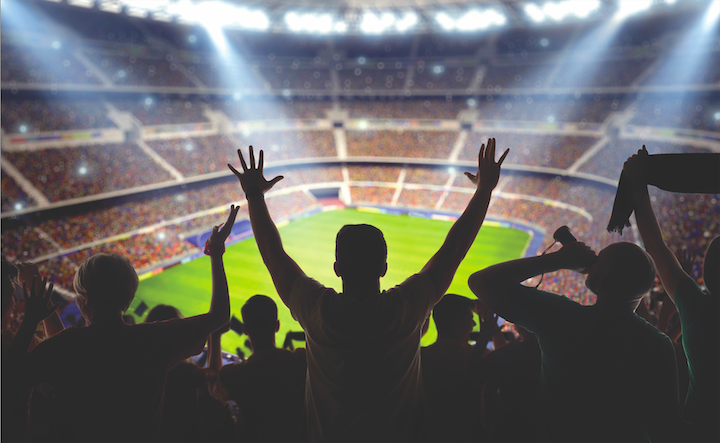 The recipient of a Lifetime Achievement Emmy Award in 2011, Michaels recently completed his record 36th campaign as the play-by-play announcer of the NFL in prime time. Michaels called his 11th Super Bowl in February, matching the most ever for a television commentator.

Herbstreit has served as the lead college football analyst for ESPN since 1996. In that time, Herbstreit has established himself as one of the preeminent voices in the sport, garnering 14 Sports Emmys for his work as both a live event analyst on ABC’s “Saturday Night Football” as well as a studio analyst on ESPN’s “College GameDay.”

Fred Gaudelli, a 24-time Emmy-winning producer, will also join Prime Video as executive producer of “Thursday Night Football.” Gaudelli will lead the “Thursday Night Football” production on-site each week, as part of a collaboration with NBC Sports, continuing a storied career with his 33rd season as the lead producer for the NFL in prime time. Gaudelli, who produced his seventh Super Bowl in February, will continue on NBC Sports’ executive team and will serve as a key contributor to NBC “Sunday Night Football’s” editorial and production efforts.

“Over the last 36 seasons, I’ve been at the mic describing some of the most magical moments and games in NFL history and am looking forward to many more,” Michaels said. “This is the new frontier in sports television, and to be a part of the launch at this point in my career is both exciting and stimulating. The NFL is the king of unscripted television and I’m looking forward to joining Kirk to bring fans more dramatic episodes on Thursday nights this fall.”

“I’m thrilled to be a part of Prime Video’s game-changing new ‘Thursday Night Football’ telecasts, and it’s an honor to join the booth alongside Al,” Herbstreit said. “Together, we will build the next generation of NFL programming. I’m proud to be part of the Amazon team and can’t wait to get started.”

“Al and I have had a great run for 21 years, and I’m thrilled to extend our relationship and welcome Kirk Herbstreit to the Prime Video team,” Gaudelli said. “Al and Kirk will make ‘Thursday Night Football’ a unique viewing experience for all NFL fans.”

“Al and Kirk bring unparalleled experience to our historic new ‘Thursday Night Football’ game telecasts, as we kick off our groundbreaking new agreement with the NFL,” said Marie Donoghue, vice president, global sports video, Amazon. “Having these two legends in the booth, with the best game producer in the business, Fred Gaudelli, will help make Thursday night the most exciting football night of the week.”

“With their infectious passion for the game, Al, Kirk and Fred are the perfect building blocks to make ‘Thursday Night Football’ on Prime Video a weekly destination for all football fans,” said Jared Stacy, director of global live sports production, Prime Video. “We’re thrilled to have this crew on board as we create a dynamic, informative and entertaining night of NFL programming that will make every big moment on the field feel even bigger.”

When “TNF” returns, Prime Video will become the first streaming service to air a season-long exclusive national broadcast package with the NFL. The 11-year deal includes 15 regular-season games and one preseason game per year, with Prime Video also delivering new pregame, halftime and postgame shows, as well as fan-favorite interactive features such as X-Ray and Next Gen Stats powered by AWS. Prime Video and the NFL will continue to collaborate on exclusive NFL content and enhanced fan-viewing experiences around “Thursday Night Football,” with more information to follow in the coming months. For all the latest information regarding “TNF” on Prime Video, visit amazon.com/TNF.