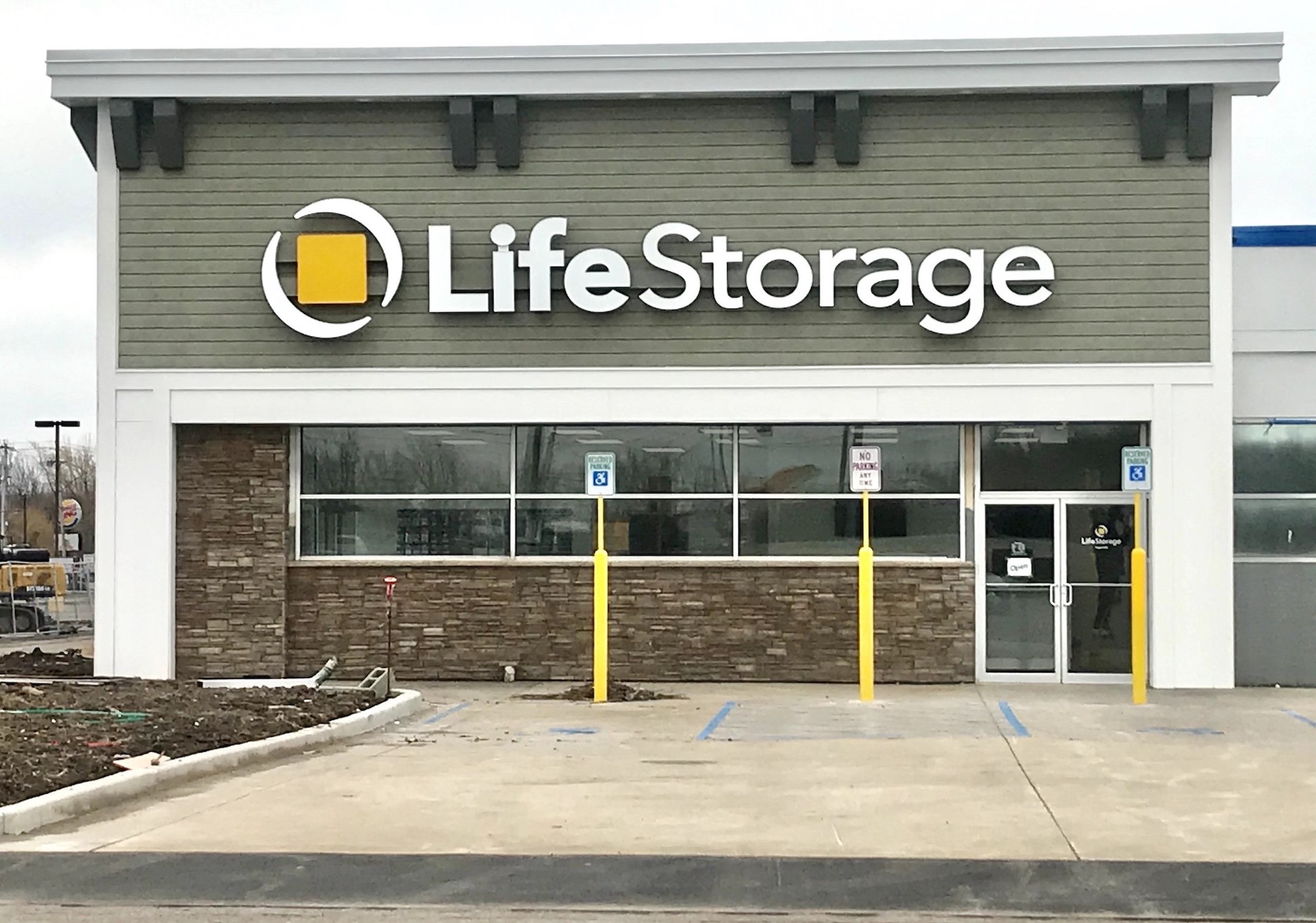 After several years of dormancy, the former site of Kmart on Military and Packard roads in the Town of Niagara is seeing activity.

Having acquired the 10.8 acres of land in April 2021, Granger Development Inc. had quickly laid plans for its development beginning with the restructuring of the former Kmart building. Initially slated to become an Extra Space Storage facility, Granger had to pivot and change facility management to Life Storage. Granger has developed one other storage facility in Florida, along with numerous office and retail locations spaces in the southern U.S.

Life Storage opened its doors at the Kmart site on March 1.

Granger, and Life Storage, is banking on that demand. Completed, the 102,200-square-foot building will house 587 storage units, ranging in size from 25 square-feet to a large drive-up unit of 780 square-feet. Initially, Granger had hoped for units big enough for larger boats and RVs, but that was pulled. Still, there are 14-foot-high ceilings, with 9-foot-high roll-up doors to access storage areas.

“We have lots of interest from potential customers wanting to store classic cars,” Granger stated.

Kristin Richthammer, corporate communications specialist for Life Storage, added not only is the facility 100% climate controlled, it has drive-thru access for indoor loading and unloading, along with 24/7 surveillance.

With two employees, one full-time and one part-time, the store has a fully stocked retail office with moving and packing supplies, Richthammer added. Formerly Uncle Bob’s Storage, Life Storage is headquartered in Buffalo, and operates 1,000-plus storage facilities in the U.S., with 10 in Western New York.

There are three other parcels for development on the more than 10-acre Military and Packard corner site.

Excavation recently began for Royal Car Wash at the former Kmart on Military and Packard roads.

One of those parcels is slated to be home to a Royal Car Wash, owned and operated by Daniele Management and Development. The Daniele company operates 13 Royal Car Wash facilities in the northeast U.S. There are four operating in Western New York, and three more in development. The Daniele company manages and has developments in office, retail, and marina operations in the northeast, primarily in New York state.

The Royal Car Wash brand is a fixed experience.

“You’re in and out in less than three minutes,” said Anthony Daniele, president of the company.

There will be light prep work by employees, then a wash through Royal’s 130-foot-long express conveyor tunnel wash. For club members, there are unlimited car washes for a monthly fee and, afterward, free vacuums. Daniele said the Military-Packard Road site will have 16 vacuum stations. For members and non-members alike, the experience is the same, with pay kiosks at the entrance.

Daniele expects completion of the project in early fall 2022. The facility will employ at least two attendants at all times, with upward of eight employees at peak times.

Unique to the Military and Packard Road corridor is that Daniele plans to integrate more green space into the old Kmart location, which has been a 100% asphalt landscape.

“You’ll see an enormous improvement in the amount of grass, trees, landscaping,” Daniele said. “It’s really going to dress up that corner nicely. And hopefully be an impetus for the same to happen – as the new lots develop the town will force them to do the same that we’re doing, and you’ll see a lot more green space. It will be a much prettier corridor when we’re done with it.”

Concerning the other two parcels at the former Kmart site, developers have offered no further plans.

“We have received significant interest from a broad range of different national retailers and end-users for the two remaining outparcels. This is ongoing, and the interest continues to grow as construction activity on the property increases,” Granger said.

“I haven’t heard of any pending applications. I’ve heard of interest from different usual suspect chains, but nothing concrete, nothing that’s been formally applied for as far as I know,” Daniele said. 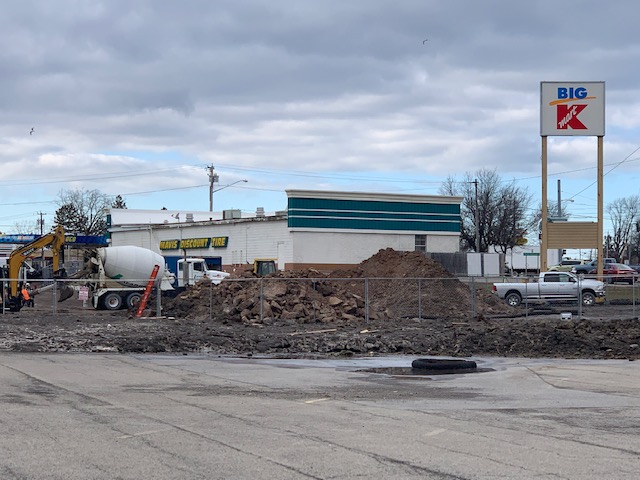 Completion of the Royal Car Wash is expected to be in early fall of 2022.