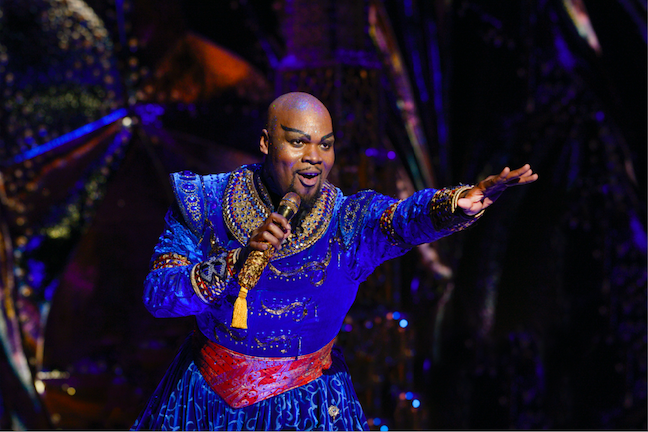 The M&T Bank 2022-23 Broadway Series at Shea’s Buffalo Theatre will include “The Prom,” “Tina – The Tina Turner Musical,” “Come From Away,” “Hadestown,” “Beetlejuice,” “Six” and “Jagged Little Pill.”

Special engagements in the 2022-23 series include the return of “Disney’s Aladdin” and “Dear Evan Hansen.”

“The past year has reminded us how important live theater is to our community,” Murphy said. “The upcoming Broadway series at Shea’s Buffalo Theatre is one of our best ones yet.

“Thank you to our loyal season subscribers and patrons for your patience, commitment and support. We would not be where we are today without all of you.”

“This is a landmark season for our beloved Shea’s Buffalo Theatre,” added Nocciolino, co-presenter of Broadway productions at Shea’s Buffalo Theatre for 35 years. “We are grateful for the continued support and passion our community has for Shea’s, and the promising future this theater has in the heart of Buffalo’s theater district. The M&T Bank 2022-23 Broadway series will be one you will not want to miss.” 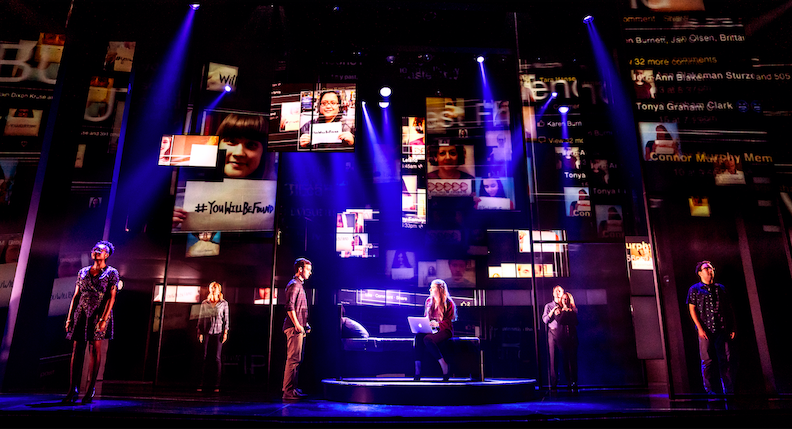 •“The Prom,” Sept. 27-Oct. 2: Everyone’s invited to the joyous Broadway hit that New York Magazine calls “smart and big-hearted,” and The New York Times declares it “makes you believe in musical comedy again!” “The Prom” is a musical comedy about big Broadway stars on a mission to change the world, and the love they discover that unites them all. Variety raves, “It’s so full of happiness that you think your heart is about to burst.” And The Hollywood Reporter cheers, “It’s comic gold!” Everyone deserves a chance to celebrate!

•“Tina – The Tina Turner Musical,” Nov. 8-13: This is a celebration of resilience and an inspiration of triumph over adversity. This new musical reveals a comeback story like no other, of a woman who dared to defy the bounds of racism, sexism and ageism to become the global queen of rock ‘n’ roll. One of the world’s best-selling artists of all time, Tina Turner has won 12 Grammy Awards, and her live shows have been seen by millions, with more concert tickets sold than any other solo performer in music history.

•“Come From Away,” Dec. 13-18: Broadway’s “Come From Away” is a Best Musical winner across North America! On 9/11, the world stopped. On 9/12, their stories moved us all. This New York Times Critics’ Pick takes you into the heart of the remarkable true story of 7,000 stranded passengers and the small town in Newfoundland that welcomed them. Cultures clashed and nerves ran high, but uneasiness turned into trust, music soared into the night, and gratitude grew into enduring friendships. Don’t miss this breathtaking musical written by Tony nominees Irene Sankoff and David Hein and helmed by Tony-winning Best Director Christopher Ashley. Newsweek cheers, “It takes you to a place you never want to leave!”

•“Hadestown,” Feb. 21-26, 2023: Welcome to Hadestown, where a song can change your fate. Winner of eight 2019 Tony Awards, including Best Musical and the 2020 Grammy Award for Best Musical Theater Album, this acclaimed new show from celebrated singer/songwriter Anaïs Mitchell and innovative director Rachel Chavkin (“Natasha, Pierre & The Great Comet of 1812”) is a love story for today and always. Intertwining two mythic tales – that of young dreamers Orpheus and Eurydice, and that of King Hades and his wife Persephone – Hadestown is a haunting and hopeful theatrical experience that grabs you and never let’s go. See the world how it could be.

•“Beetlejuice,” March 21-26, 2023: He earned his stripes on Broadway, and now the ghost-with-the-most is coming to Buffalo. It’s showtime! Based on Tim Burton’s dearly beloved film, this hilarious musical tells the story of Lydia Deetz, a strange and unusual teenager. With an irreverent book, a fantastic set, and a score that’s out of this Netherworld, “Beetlejuice” is “Screamingly good fun!” (Variety). And under its uproarious surface (6 feet under, to be exact), it’s a remarkably touching show about family, love, and making the most of every “Day-O!” Her whole life changes when she meets a recently deceased couple and a demon with a thing for stripes.

•“Six,” April 25-May 7, 2023: Divorced, beheaded, died, divorced, beheaded, survived. This new original musical is the global sensation that everyone is losing their head over. From Tudor queens to pop princesses, the six wives of Henry VIII take the mic to remix 500 years of historical heartbreak into an exuberant celebration of 21st-century girl power! The New York Times says “Six” “Totally rules!” (Critic's Pick), and The Washington Post hails “Six” as “Exactly the kind of energizing, inspirational illumination this town aches for! The Broadway season got supercharged!” Written by Toby Marlow and Lucy Moss.

•“Jagged Little Pill,” June 6-11, 2023: Some shows you see. This show, you feel. Joy, love, heartache, strength, wisdom, catharsis, LIFE – everything we’ve been waiting to see in a Broadway show – is here in the exhilarating, fearless new musical based on Alanis Morissette’s world-changing music. Directed by Tony-winner Diane Paulus (“Waitress,” “Pippin,” upcoming “1776”) with a Tony-winning book by Diablo Cody (“Juno”) and Grammy-winning score, this electrifying production is about a perfectly imperfect American family that “vaults the audience to its collective feet” (The Guardian). “Redemptive, rousing and real, ‘Jagged Little Pill’ stands alongside the original musicals that have sustained the best hopes of Broadway." (The New York Times). You live, you learn, you remember what it’s like to feel truly human at “Jagged Little Pill.”

•“Disney’s Aladdin,” Nov. 22-27, 2022: Discover a whole new world at the hit Broadway musical “Disney’s Aladdin.” From the producer of “The Lion King” comes the timeless story of “Aladdin,” a thrilling production filled with unforgettable beauty, magic, comedy and breathtaking spectacle. It’s an extraordinary theatrical event where one lamp and three wishes make the possibilities infinite. See why audiences and critics agree, “Aladdin” is “Exactly What You Wish For!" (NBC-TV).

•“Dear Evan Hansen,” June 20-25, 2023: Winner of six 2017 Tony Awards, including Best Musical and the 2018 Grammy Award for Best Musical Theatre Album. A letter that was never meant to be seen, a lie that was never meant to be told, a life he never dreamed he could have. Evan Hansen is about to get the one thing he’s always wanted: a chance to finally fit in. “Dear Evan Hansen” is a deeply personal and profoundly contemporary musical about life and how we live it. “Dear Evan Hansen” has struck a remarkable chord with audiences and critics everywhere. The Washington Post says, “Dear Evan Hansen” is “one of the most remarkable shows in musical theatre history.” The New York Times calls it “a gut-punching, breathtaking knockout of a musical.” And NBC Nightly News declares the musical “an anthem resonating on Broadway and beyond.”

The Shea’s Buffalo Theatre was originally built as a “picture palace” by Michael Shea in 1925. Today, the Shea’s Performing Arts Center is comprised of three modern theaters in the heart of the Buffalo theater district, bringing the best of live performance through touring productions and local collaborations to Western New York.

The Shea’s Buffalo Theatre is the historic crown jewel of the performing arts center and is one of the top touring theaters in the country – with over 3,000 seats. It was designated a National Historic Site in 1975.

Shea’s 710 Theatre is the latest space to be added to the campus. Once home to Studio Arena, this 625-seat thrust theater offers Broadway productions and plays produced by local and international theater companies.

A press release said, “Shea’s Performing Arts Center is committed to keeping true to the history of Shea’s Buffalo Theatre and to the future of the Western New York region, bringing the best of Broadway theatre and beyond to Buffalo, New York.”