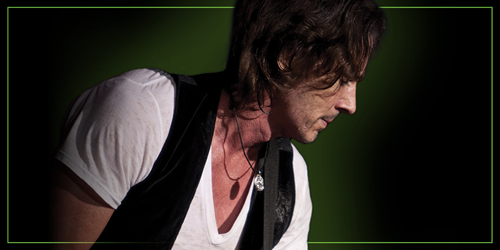 The sounds of a generation will come alive when Seneca Allegany Resort & Casino presents “An Evening with Rick Springfield” inside the Seneca Allegany Event Center at 8 p.m. Saturday, June 25. Tickets go on sale at noon on Friday, March 18, and start at $25.

Springfield has built an enduring legacy and a loyal fan base across a music and acting career, which has spanned more than 40 years. After starting his career in his native Australia, first as a member of the band Zoot and then as a solo artist, Springfield moved to the U.S. in the 1970s. He rocketed to superstardom in 1981 with his hit single “Jessie’s Girl,” which reached No. 1 on the charts. The song also earned Springfield a Grammy Award for “Best Male Rock Vocal Performance.” Other hit singles included “I’ve Done Everything for You,” “Don’t Talk to Strangers,” “Affair of the Heart” and “Love Somebody.”

In addition to his music, Springfield became a household name for his acting appearances, most notably on the daytime drama “General Hospital.” Other appearances have included “True Detective,” “Californication,” “Supernatural” and “Hot in Cleveland.” His autobiography, “Late, Late at Night: A Memoir,” was a New York Times bestseller in 2010, and was included in Rolling Stone’s list of “The 25 Great Rock Memoirs of All Time.” Springfield has continued to write, record, act and perform live shows, drawing throngs of adoring fans to each performance.

In addition to Springfield, Seneca Allegany Resort & Casino welcomes Martina McBride       on April 9 and “The Highwaymen Live!” on May 21.

Stand-up and laughter will be in abundant supply at The Bear’s Den Showroom inside Seneca Niagara Resort & Casino this June. Fans can double-down on comedy when Jay Mohr performs on Friday and Saturday, June 3-4, followed by two shows from Andrew Santino on Saturday, June 11. Both performances are part of the “Barrel of Laughs” comedy series. Tickets go on sale at noon on Friday.

In addition to Henry, other performances scheduled for the Seneca Niagara Events Center and the Bear’s Den Showroom, include: Smokey Robinson on March 18, Kelsey Cook and Jenny Jennings on March 25-26, Felix Cavaliere’s Rascals on April 8, Robert Kelly & Friends on April 15 and 16, The Temptations and The Four Tops on April 22, Pablo Francisco on May 6-7, Seneca Fight Night All-Star Boxing on May 13, “A Bronx Tale” starring Chazz Palmenteri on May 13-14, and Terry Fator on May 28.

Seneca Resorts & Casinos uses all paperless ticketing for events at all of its properties. Tickets may be purchased online at www.SenecaNiagaraCasino.com, www.SenecaAlleganyCasino.com, or www.ticketmaster.com. They can also be purchased in-person at 8 Clans inside Seneca Niagara Resort & Casino or The Logo Shop inside Seneca Allegany Resort & Casino. A secure link, sent by either email or text, allows guests to save tickets to their phone or mobile device.