Chef Wolfgang Puck and Wolfgang Puck Catering will return to create the menu for this year’s Governors Ball, the Academy of Motion Picture Arts and Sciences’ official post-Oscars celebration, which will immediately follow the 94th Oscars ceremony on Sunday, March 27. The team will collaborate on menu items with Bronx-based culinary collective Ghetto Gastro.

Academy governor and awards committee chair Jennifer Todd said, “Chef Wolfgang Puck and his masterful team raise the bar with each Governors Ball, and this year will be no different. We’re thrilled to welcome the extraordinary talents of Ghetto Gastro to the table. Together, Wolfgang and the Ghetto Gastro collective will create an inspired culinary experience for our Oscars guests.”

Puck said, “Every year we look to find ways to keep things new, fresh and fun. The Oscars Governors Ball is an event where food, fashion, culture, cinema and music collide. To celebrate this convergence, we couldn’t think of a better partner than Ghetto Gastro.”

The menu will feature new, imaginative dishes from Wolfgang Puck Catering alongside such guest favorites as smoked salmon Oscars and spicy tuna cones. Ghetto Gastro’s Jon Gray, Pierre Serrao and Lester Walker will complement the offerings with their own action station in addition to several passed menu items throughout the night.

“At Ghetto Gastro, we have a saying, ‘WE ONLY LAYER FLAVORS’ (W.O.L.F.) – so we feel it’s only right that we collaborate with the great Wolfgang Puck to create an Oscars Governors Ball unlike any before. Wolf Gang activity,” said Gray, co-founder of Ghetto Gastro.

“This is a first-of-its-kind collaboration that breaks boundaries and brings a new flavor to the Oscars Governors Ball,” said show producer Will Packer. “The Ghetto Gastro Collective, Wolfgang Puck and Academy teams embraced this dope alliance, which is all about uniting people in a true celebration of film and food.”

To complement the food, the Governors Ball also will feature a variety of beverages. Champagne Fleur de MIRAVAL – the only Champagne house exclusively devoted to Rosé Champagne – will be poured along with two limited-edition Francis Ford Coppola Wines in honor of the 94th Oscars. Acclaimed mixologist Charles Joly will again curate a selection of Tequila Don Julio specialty cocktails.

The Governors Ball will take place in the Ray Dolby Ballroom on the top level of Hollywood & Highland immediately following the Oscars broadcast.

The 94th Oscars will be held Sunday, March 27, at the Dolby Theatre at Hollywood & Highland in Hollywood. It will be televised live on ABC at 8 p.m. ET, and in more than 200 territories worldwide. 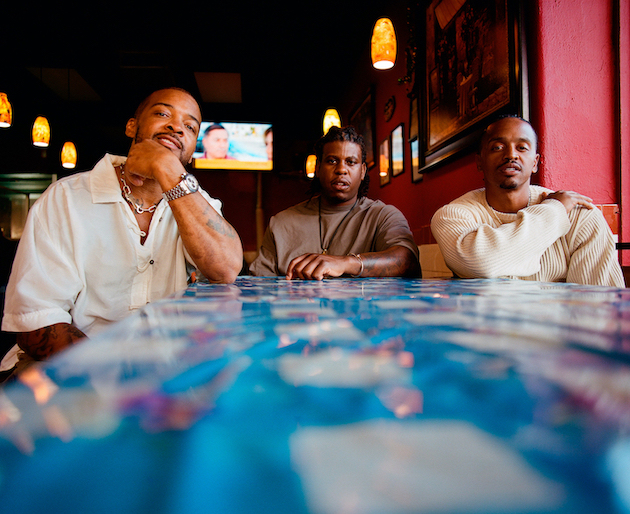