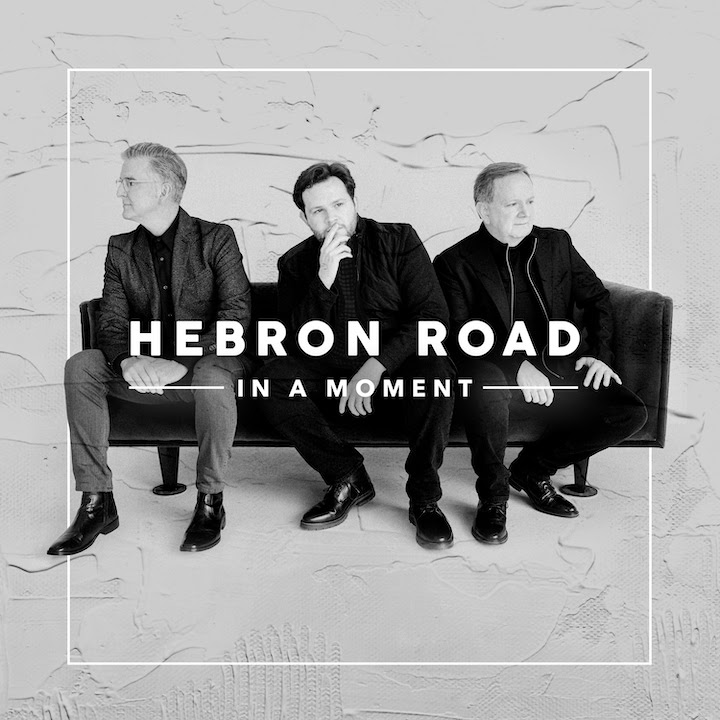 Hebron Road shares 'In A Moment'

A press release noted, “Compelling anthems, including project-opener ‘Every Other Throne,’ ‘Beauty Of The Cross,’ and the Revelation-inspired title-cut stand alongside reimagined renditions of such current favorites as Lauren Daigle’s ‘You Say’ and Crowder’s ‘All My Hope’ – each track putting Hebron Road’s soaring tenor harmonies front and center.”

Hebron Road’s Rick Briscoe said, “ ‘In A Moment’ represents a journey of faith, family and a lifetime of brotherhood. Our sincere aim for this album is to encourage every listener with a renewed sense of hope for their journey. We also pray each song brings a fresh awareness of God’s presence for when the road gets long.”

Neale said, "Hebron Road's vocal artistry is in a league all its own. Their music is timeless, yet fresh, and their voices are the sound of generations coming together. They absolutely sing the stars down, but better yet, they point us to the one who made the stars."

Everette Smith said, “A voice is nothing without stories to tell, and stories of Jesus and his Gospel message are the very best stories to tell. I think that’s why Hebron Road is so special. You can just tell that Jesus is the reason for each note they sing.”

Sharing deep musical and personal lineages, Hebron Road was birthed at Dallas megachurch Prestonwood Baptist. Comprised of longtime friends Briscoe – a former member of the pioneering contemporary worship ensemble TRUTH – and Alan Monk, along with Alan’s son Jarrod, Hebron Road takes its name in part from the biblical city of Hebron, where the Lord first spoke to Abram of the Promised Land.

Senior pastor Dr. Jack Graham said, “Along with our congregation at Prestonwood, I can honestly say the authentic worship and heartfelt voices of the men of Hebron Road have always been church favorites. Their beautifully woven vocal gifts are on full display in this debut project of modern inspirational music. And as great as they are as vocalists, they’re even greater men of God.”

Known for their annual performance of “O Holy Night” during Prestonwood’s “Gift of Christmas” 14-show live production – reaching more than 75,000 people each year – Hebron Road was also featured in the 2020 Prestonwood Christmas television broadcast, “A Joyous Hope,” which has been viewed around the world. The trio regularly serve as worship leaders at Prestonwood Baptist Church.

“In a Moment,” from StowTown Records, will be available at digital and retail outlets worldwide March 18 via Provident/Sony. For further information, visit hebronroad.com or stowtownrecords.com.