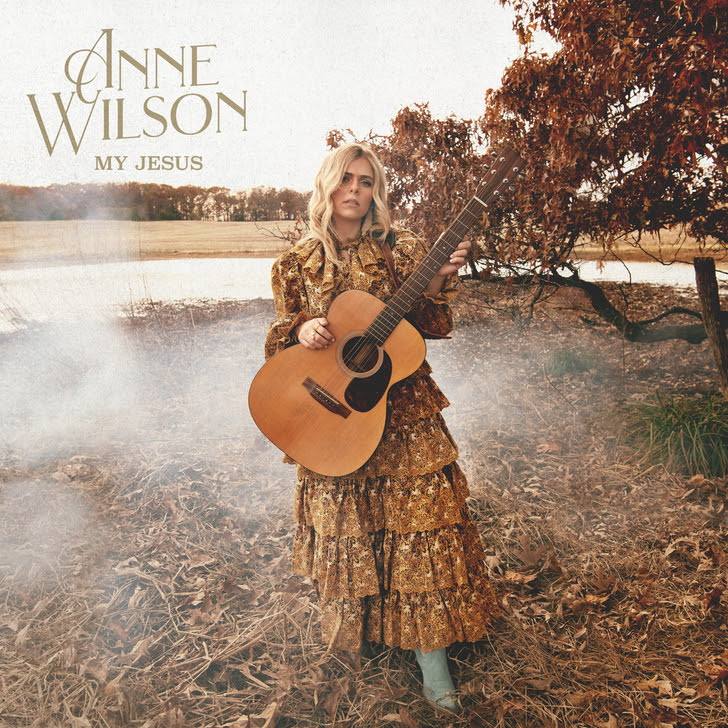 Capitol CMG artist and songwriter Anne Wilson will release her full-length debut, “My Jesus,” on April 22. The album's title track catapulted Wilson up the Billboard Christian airplay chart in 2021, making her the first female artist to debut at No. 1 on the chart – as well as the longest-running No. 1 song on the chart for 2021.

She introduced her new single, "Sunday Sermons," earlier this year, and premiered the music video exclusively on Facebook. Click here to check it out. This newest single was CCMG's largest radio add date of the year so far, and is currently a Top 20 on the Billboard Christian airplay chart. Fans can preorder the new album.

The singer’s team said, “Amidst the whirlwind of the last year, Wilson’s maintained her southern charm and hopes her genuine love for others shines through on her debut album. Each song on the album, co-written with songwriting heavy-hitters like Matthew West, Mia Fields, Jonathan Smith, Jeff Pardo, Emily Weisband, Ben Glover and more, is specifically crafted, a moment-in-time snapshot of Wilson’s self-discovery as she walks a new and unplanned life road.”

She said, “This record was written over the last two years of my life and is a collection of songs that each mean different things to me. Every song is a different side of me as an artist – country, worship and radio – songs that speak to the masses, and songs that speak to specific people or seasons. I feel like God placed this calling over my life to minister to those who’ve lost someone and are hurting. With these songs, I want to speak life and joy to people walking through pain and loss.”

One of the opportunities from Wilson’s success in 2021 with "My Jesus" was her debuting at the Grand Ole Opry. Circle TV recently released the mini-episode of her "My Opry Debut" interview. A full-length episode will be coming later this spring showcasing Wilson in her hometown state of Kentucky sharing her story that led to her debut in the historical Opry circle.

Fans can also continue to catch Wilson this month on the road with Zach Williams. Visit her website for more information and tour dates: www.annewilsonofficial.com.

Wilson knows the healing power of music firsthand. The lyrics of Hillsong Worship’s “What A Beautiful Name” became a lifeline for the Lexington native after her brother was tragically killed in a car accident at the age of 23. Although she spent much of her childhood behind a piano, Wilson sang in front of an audience for the first time at her brother’s funeral. It was at that moment she realized what she was born to do. A video of her moving performance organically circulated, eventually landing her a record deal.

Wilson’s introductory track, “My Jesus,” which she co-wrote with Pardo and West – is described as “a warm invitation to experience her savior in the same intimate way she knows him.” She released a debut three-track single – also titled “My Jesus” – for Capitol Christian Music Group in early 2021, and followed it up with a live EP, “My Jesus (Live in Nashville).” The song charted on the Spotify Viral 50, Shazam Top 200, and Rolling Stone Top 25 Trending charts.