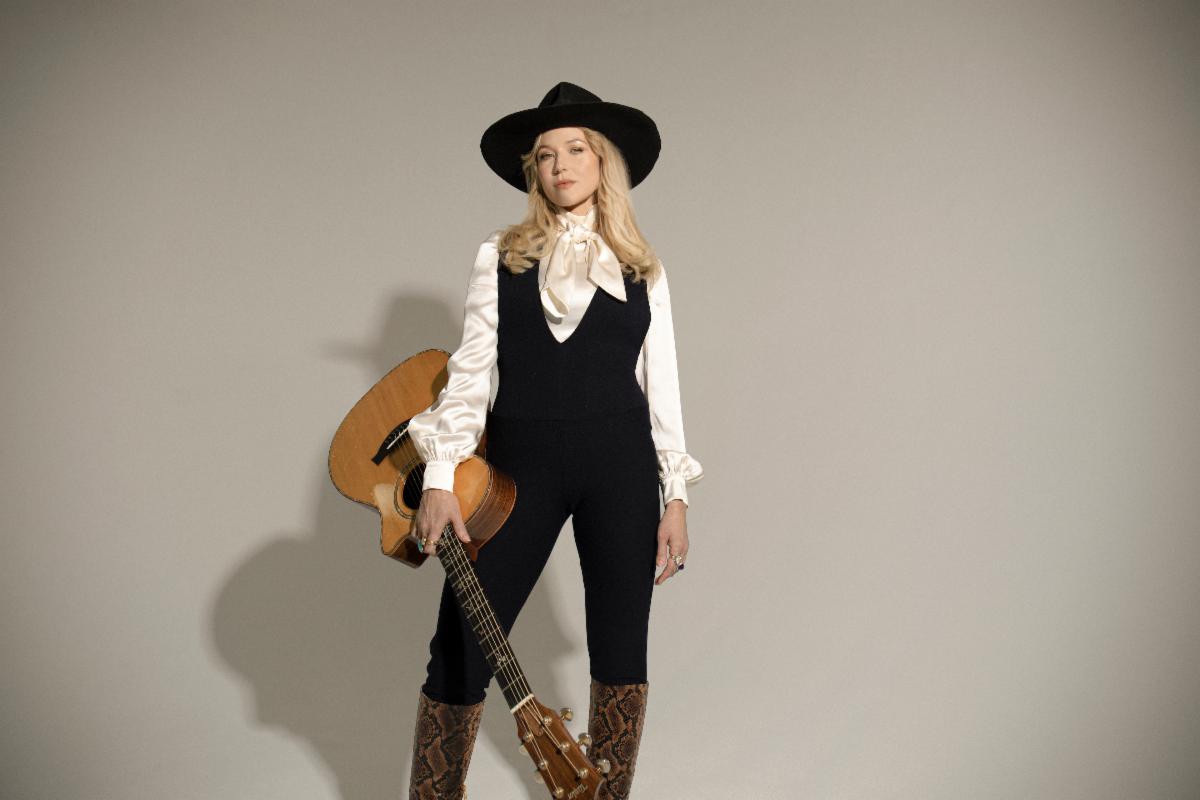 Four-time Grammy-nominated, multi-Platinum singer/songwriter Jewel announces “Freewheelin’ Woman,” her first new studio album in seven years, due out on April 15 via her own Words Matter Music.

Her team said, “The new album presents Jewel’s boldest and most unbridled body of work to date, revealing entirely new dimensions of her breathtaking voice.”

In sharing the new single, Jewel said, " 'Dancing Slow' is ultimately about the ebb and flow of life, and cherishing those moments of certainty that are shared when you’re with a trusted companion. It feels like time slows down for a moment. I'm so glad Train was able to join me on this track, with Pat Monahan's sweet vocals adding another layer to the melody."

The follow-up to Jewel’s self-produced and critically praised 2015 album, “Picking Up the Pieces,” “Freewheelin’ Woman” finds Jewel working with producer Butch Walker (Taylor Swift, Gavin DeGraw, Andrew McMahon in the Wilderness), dreaming up a soulful and groove-heavy sound partly inspired by the classic R&B records made at Muscle Shoals.

“I cut my teeth on singers like Ella Fitzgerald and Sarah Vaughan and got into those Muscle Shoals records a little later on, and for some reason that’s where my voice and my writing wanted to go on this album,” said Jewel, who recorded “Freewheelin’ Woman” live with a full band. Along with lending the album a gritty vitality, that approach helped to capture the unfettered vocal work she’s increasingly brought to her live show in recent years.

Her team said, “On ‘Dance Sing Laugh Love’ – the album’s uplifting and luminous centerpiece – Jewel’s vocals hit a particularly thrilling intensity as she shares her insight on living in resistance to cynicism.

“ ‘No More Tears’ feat. Darius Rucker set the standard for the album’s illuminating quality. In its soul-stirring homage to those who’ve endured hardship of all kinds, the song unfolds in warm gospel harmonies and smoldering piano melodies, taking on an exquisite power as Jewel and Rucker’s vocals merge at the bridge.

A passionate mental-health advocate who struggled through a period of homelessness as a teenager, Jewel has been working alongside her Inspiring Children Foundation for nearly two decades to provide mentorship and mental-health resources for at-risk youth. During the pandemic, Jewel expanded her outreach to help those in need build community and connection and, in turn, protect against the silent symptoms of COVID-19: anxiety, depression and isolation.

Jewel has also partnered with SaksWorks to bring mental health to the workplace. Together with her foundation, she is creating a curriculum for wellness to create a better work environment.

The artist went from a girl who grew up with no running water on an Alaskan homestead, to a homeless teenager in San Diego, to an award-winning, multi-Platinum-selling recording artist who released one of the best-selling debuts of all time. Through her career, Jewel has sold over 30 million albums worldwide and has earned 26 nominations for such accolades as the Grammys, American Music Awards, MTV Awards, VH1 Awards, Billboard Music Awards, and Country Music Awards, winning eight times. Jewel has been featured on the cover of TIME Magazine and Rolling Stone, has performed on “Saturday Night Live” and at the Super Bowl and the NBA Finals, for the pope, and the president of the United States. Jewel is one of the few singer/songwriters to top the chart in every genre she wrote for: folk, pop, club, country, standards, children's and holiday music.