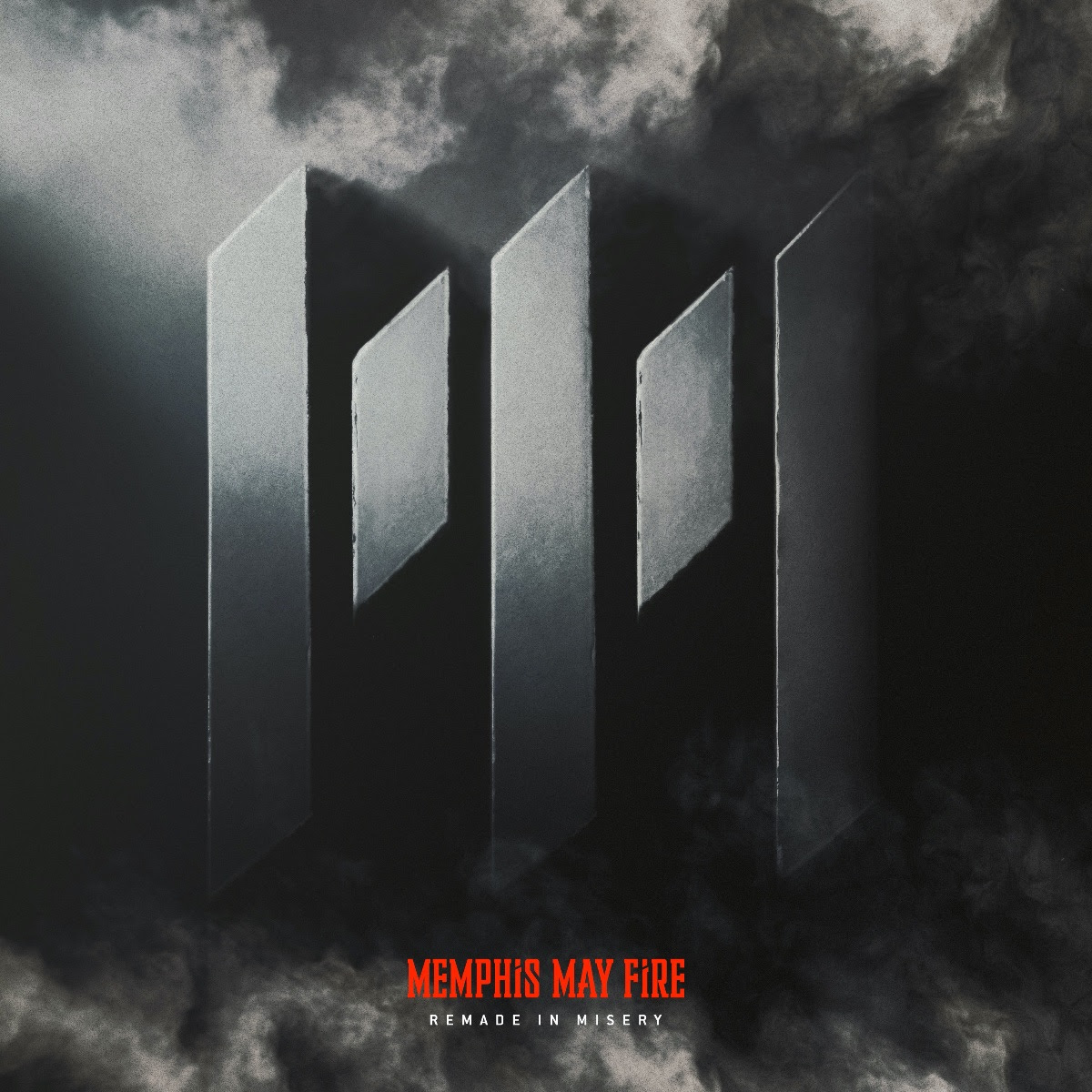 Last summer, Memphis May Fire – Matty Mullins (vocals), Kellen McGregor (guitar), Cory Elder (bass) and Jake Garland (drums) – dropped a series of singles, which accumulated nearly 35 million streams combined as fan excitement reached fever-pitch levels. The new material was repeatedly lauded by Revolver, SiriusXM, Loudwire, WSOU and HM. Additionally, each song drop had a philanthropic element and was accompanied by a piece of charity-driven merch that was available at the band's online store.

Today, the band has announced its seventh album, “Remade in Misery.” The album arrives on June 3 via longtime label Rise Records. Preorder it here.

Regarding the process of crafting the new album, Mullins says, "The last nine months have been such a refreshing journey for us. We knew that releasing singles for this long, without any news of an upcoming album, would come with challenges, but we couldn't be happier with the outcome. We're finally at the point of announcing the entire body of work, and I can genuinely say we are just as excited now as the day the first single dropped."

He adds, " ‘Remade in Misery’ is undoubtedly a new season for MMF. We have truly rediscovered who we are as a band through these songs, and we can't wait to bring them to life on upcoming tours."

Memphis May Fire have also shared the video for the new single "Make Believe," which, MMF’s team said, “finds the band flexing its creative muscles with dynamic flourishes, mechanized samples, and bludgeoning breakdowns.” Watch it here.

"Our seventh single has arrived and it's one of my favorite MMF tunes of all time," Mullins says. " 'Make Believe' feels significantly different from the rest of the singles, and it offers a whole new flavor that our fans haven't heard from us before. The song is about enduring so much pain that you feel like you are losing your grip on reality, questioning everything you've ever known, and starting to wonder if life is just a simulation. Having had a lot of success with therapy in my own life, I'm a huge advocate for it, and I'm excited to announce that we will be donating 100% of the proceeds from the  'Not the Same' tee in our merch store to The Refuge Center For Counseling in Franklin, Tennessee."

The Refuge Center for Counseling offers affordable professional counseling services in order to empower, educate and support individuals, couples and families in need.

Memphis May Fire will hit the road this spring with Dance Gavin Dance, Volumes, and Moon Tooth.

From the MMF team:

Memphis May Fire have always made anthems for the broken. The four-piece rock band channels a generation's worth of angst, frustration and pain, with a focused blend of gigantic melodic hooks and crushing aggression. Even after topping Billboard's Hard Music Albums chart and breaking into radio's Active Rock Top 20, Memphis May Fire refuse to sacrifice who they are or the people who made them. In fact, “Remade in Misery,” is the heaviest Memphis May Fire record yet.

A new season unfolds for the band, filled with revitalization and renewal. Stripping things down to their core elements, hearkening back to the days when they created the music their fans most cherish, Memphis May Fire rekindled the spark within to build an inferno of riffs and inspirational words.

The band confronts anxiety, violence and polarization all over “Remade in Misery,” strengthened by a foundation of hope and renewal at the heart of the lyrics, which evoke the cathartic bombast of the band's best-known songs, a return to their roots with the seasoned polish earned through years of touring and making music together.

Memphis May Fire have toured with a vast list of important rock and metal acts that include Killswitch Engage, Sleeping With Sirens, Black Veil Brides, Sevendust and Atreyu. They've coheadlined with Yellowcard and The Devil Wears Prada, regularly appeared on Warped Tour, and at major rock festivals. The band's previous six albums' continued relevance is a testament to the energized connectivity between the band and their audience. Their catalog accounts for over 100 million views and millions of streams on fan-favorite songs.

"We want people to have songs they can sit down and listen to, or play in the gym, or driving in their car, and know the world is bigger than it seems," Mullins says. "To know they exist in a world with other people that understand that it is OK to be imperfect. That someone else knows your hurt."