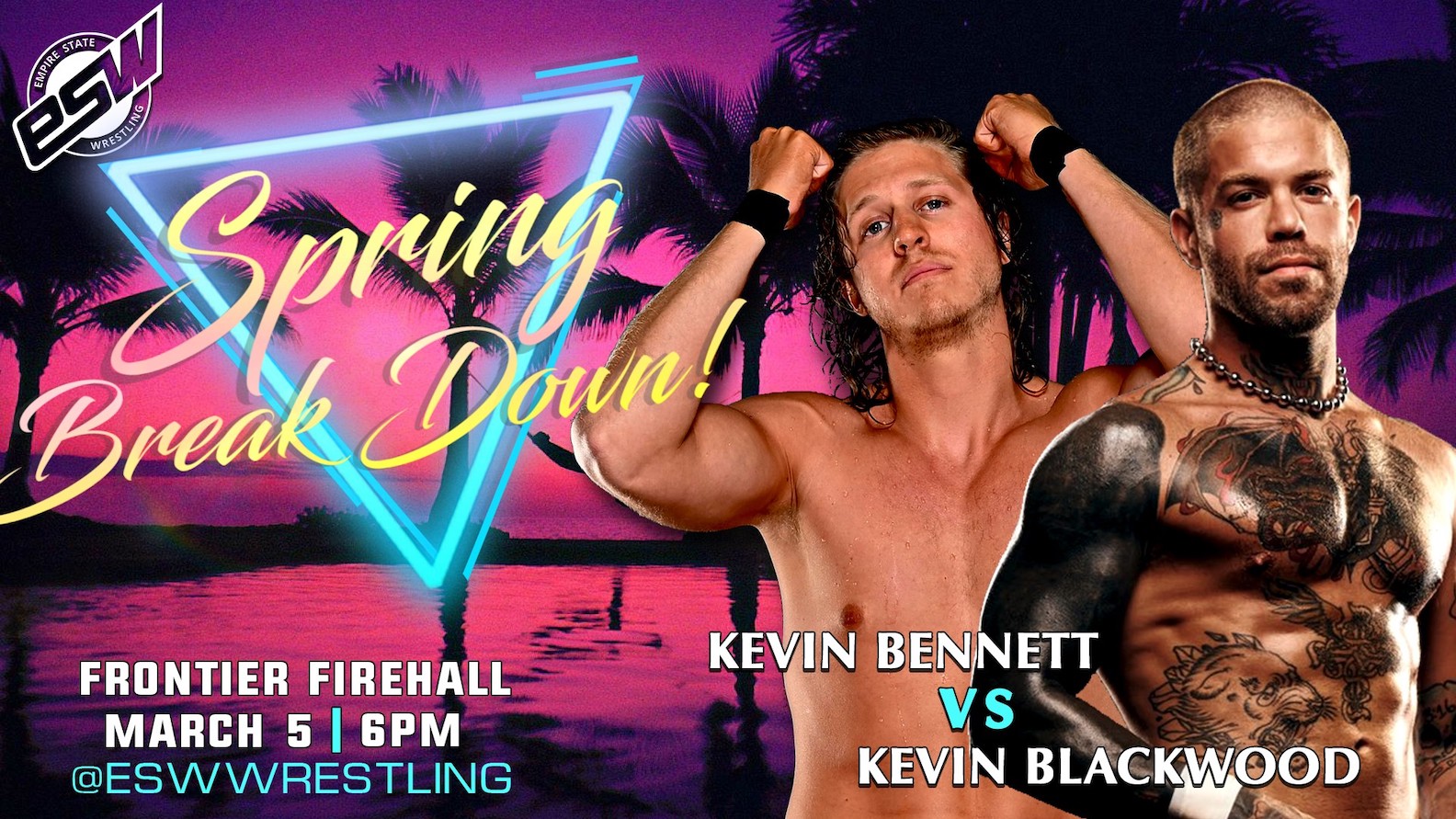 Empire State Wrestling returns to Niagara Falls for its first event of 2022 with "Spring Breakdown" on Saturday, March 5, at the Frontier Fire Hall, 2176 Liberty Drive, Niagara Falls. This will be the second consecutive event held at Frontier by ESW.

“Spring Breakdown” will include many independent wrestling stars from across the Northeast who possess extensive experience wrestling overseas. They will be featured on the card alongside the best wrestlers based in Western New York.

√ A battle between former close friends when ESW heavyweight champion "The Aesthetic Crippler" Kevin Blackwood defends the title versus "The Remix" Kevin Bennett.

√ Among the locally based wrestlers that will be in action include current and longest reigning ESW Interstate Champion Frankie Feathers, former ESW Tag Team Champion James Sayga and many others.

Founded in 2002, ESW is run by Brett Stymus. Over half of ESW’s performers reside in the Western New York area. ESW runs regular shows throughout the year that draw up to 400 fans, and an annual "super show" that boasts crowds of up to 1,000 people.

All cards are subject to change. Connect with ESW on the following platforms: