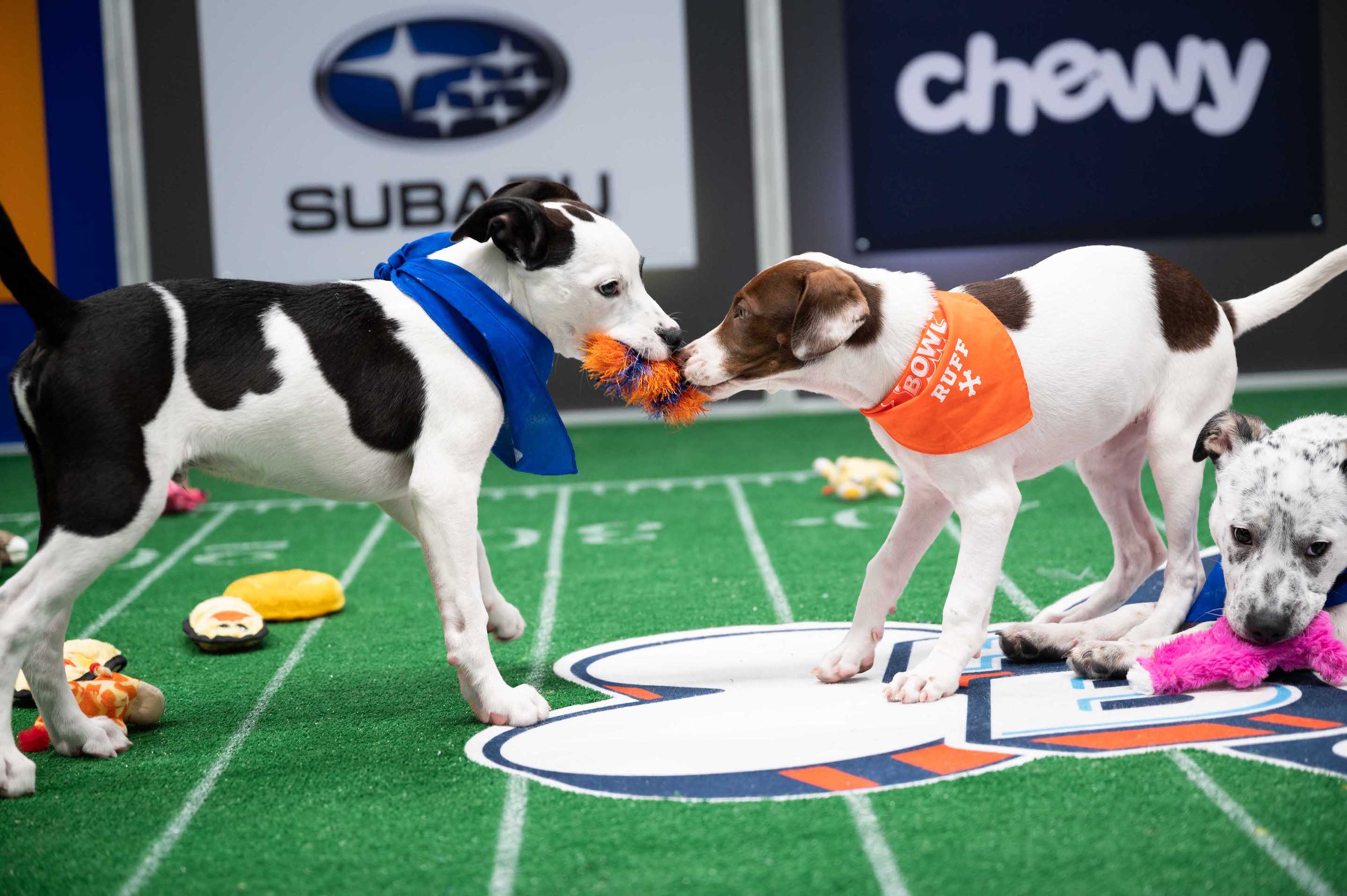 It’s a make-or-break move for Martha Stewart and Snoop Dogg as they add coaching duties to their roles as hosts of the other big game on Sunday, Feb. 13: “Puppy Bowl”! That’s right, Snoop is the official coach for Team Fluff and Martha will coach last year’s champions, Team Ruff.

As first-time coaches, Martha and Snoop take it to an all-new level as they hit the gridiron with purpose – and a posse of puppy players – for a game that will be as epic as it is adorable.

Tune in to “Puppy Bowl XVIII,” the three-hour spectacular event that can be streamed on discovery+ and seen on Animal Planet at 2 p.m. ET.

“I'm honored to be cohosting the only sporting event on the planet guaranteed to raise the 'woof,' with the magnificent Martha Stewart!” Snoop Dogg said.

“I’m so excited that Snoop and I are back to kick off ‘Puppy Bowl XVIII,’ and help a bunch of deserving pups find their forever homes!” Martha said.

With their expertise, know-how and swagger, Snoop and Martha will provide “Puppy Bowl” audiences with play updates as they cheer on their teams while giving each other a few challenges along the way. They will lead training sessions, run drills, and provide motivation and encouragement to inspire their all-adoptable puppy players to greatness. And celebrity groomer, Jess Rona, one of the most influential groomers today, stops by to provide an assist to both Snoop and Martha as they ready their puppy players for competition.

As successful coaches, Snoop and Martha are highly motivated, committed and patient with their puppy players who all bring their “A” game to the field to help bring home the “Chewy Lombarky Trophy” and find their loving, forever homes.

For more information about the shelters, rescues and organizations that are participating in “Puppy Bowl XVIII,” Animal Planet audiences can visit www.Puppybowl.com/Adopt.