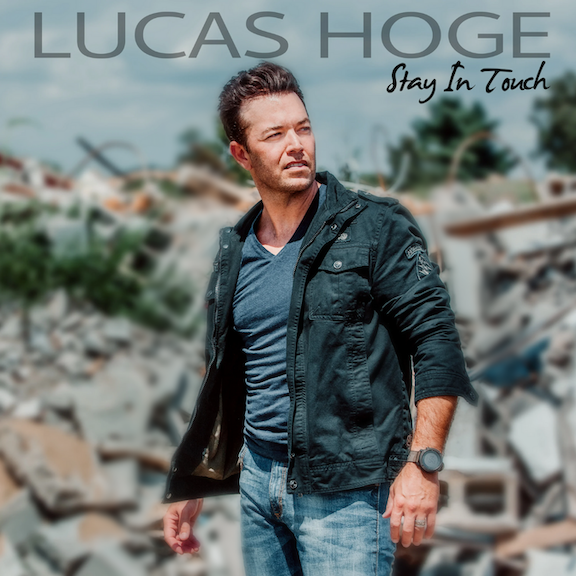 Lucas Hoge puts a positive spin on 'Stay In Touch'

"I wanted to craft a song where the breakup wasn’t a bad thing in the end. You always hear bad breakup songs, and I wanted to do something a little different," Hoge shared.

Hoge is currently filming season three of his series on Sportsman Channel, “GSM’s Hoge Wild,” which will air later this year. Airing Monday nights, "GSM's Hoge Wild" follows the singer-songwriter on his epic adventures throughout the globe. Hoge, who is the creator and executive producer, shares his passion for wildlife conservation throughout the series, changing the narrative around the hunting lifestyle. This month, Hoge will film in Central and South America and South Africa after wrapping up filming in San Antonio and the Dominican Republic.

Hoge previously released a "playful, mischievous" (Taste of Country / Billy Dukes) video for his single "Get Lost," which premiered exclusively on Taste of Country and was performed live by Hoge on TBN's “Huckabee” the week of release. Additionally, the music video for "Get Lost" has garnered over 1 million views on Facebook and YouTube.

The artist’s team said, “With equal ease and finesse, No. 1 Billboard-charting artist Hoge can craft a song, cast a line or call in a turkey in front of a film crew, all while holding an audience’s attention on stage when performing. As a warm, engaging television host on his own weekly series ‘Hoge Wild,’ Lucas takes viewers across the globe as he travels to New Zealand, Bolivia, Africa and unchartered territory in North America to amplify his passion for the outdoors and change the narrative around conservation.”

For more than two years, Hoge has been bringing his gospel “Sunday Sessions” to his fans every week, which eclipsed 25 million views in early 2020. Even during the height of online engagement worldwide during the COVID-19 pandemic, Hoge still found a way to dominate the live streaming charts with weekly virtual concerts that consistently amassed chart-topping audience numbers, Hoge found himself alongside Luke Combs, Snoop Dogg, DMX and BTS in the Top 10 on Pollstar’s Weekly Livestream Chart.