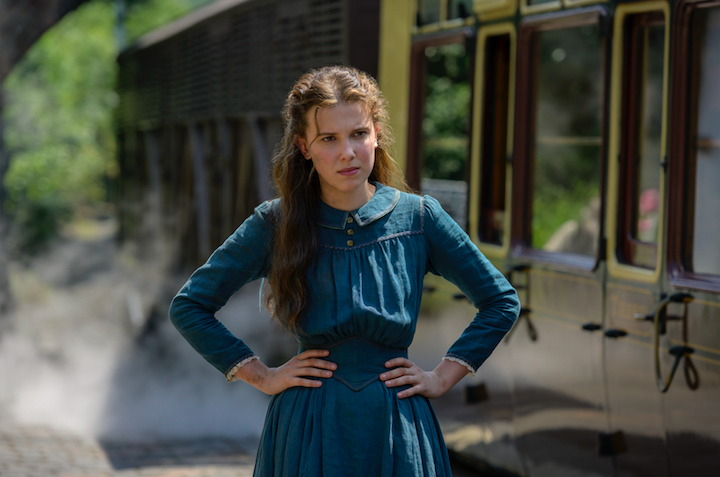 Need ideas for your next movie night? Netflix has you covered: Whether you’re looking for a laugh, cry, scream or cheer, it has an A-list cast for any mood with new movies every week all year.

Get ready for pulse-pounding action with Ryan Gosling and Chris Evans in “The Gray Man,” or an epic sci-fi adventure with Halle Berry in “The Mothership.” Mystery and sleuthing abound with Daniel Craig back in the follow-up to Rian Johnson’s “Knives Out,” and Millie Bobby Brown and Henry Cavill return as sibling detectives in “Enola Holmes 2.” Take in a double feature with Adam Sandler (“Hustle” and “Spaceman”), and Jamie Foxx (“Day Shift” and “They Cloned Tyrone”), or crack up with comedic duos Jonah Hill and Eddie Murphy (“You People”), Kevin Hart and Mark Wahlberg (“Me Time”), and a stop-motion reunion with Jordan Peele and Keegan-Michael Key (“Wendell & Wild”).

For films the whole family can enjoy, feel like a kid again with Ryan Reynolds, Jennifer Garner, Mark Ruffalo and Zoe Saldaña in “The Adam Project.” Take a fantastical journey with the animated film “The Sea Beast, Slumberland” starring Jason Momoa, and “The School for Good and Evil” with Charlize Theron and Kerry Washington. Sing along with Lashana Lynch and Emma Thompson in “Roald Dahl’s Matilda.”