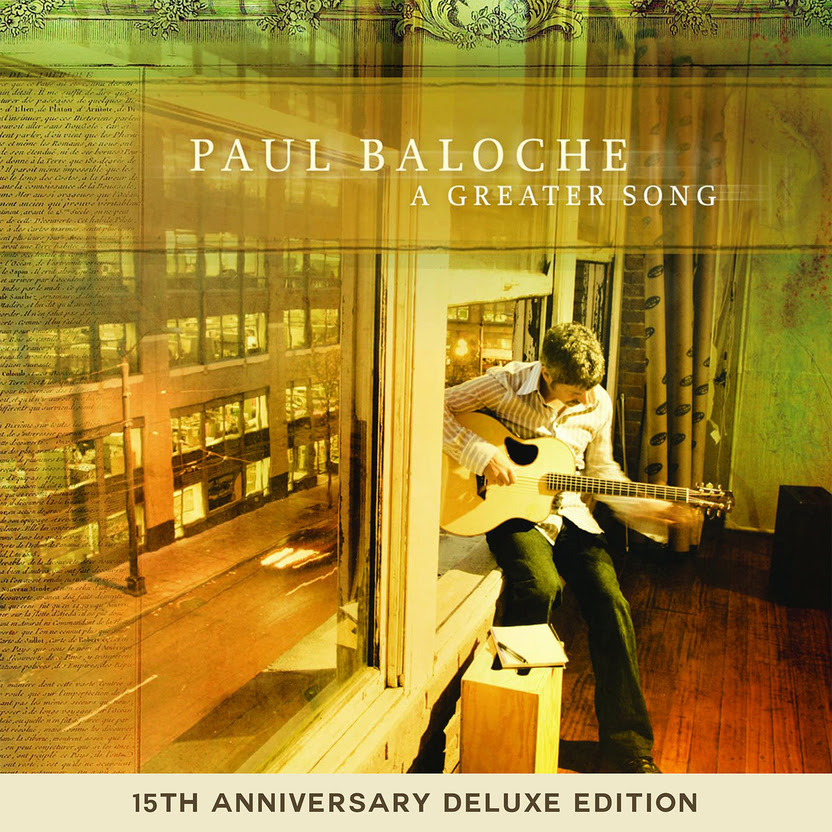 Integrity Music on Tuesday announced the release of “A Greater Song: 15th Anniversary Deluxe Edition” from legacy artist, worship leader and singer/songwriter Paul Baloche. His trailblazing album, which originally offered many of Baloche’s most loved and well-known songs in Christian and church culture such as "Hosanna," " Praise Is Rising," "You’ve Been So Good To Me" and "Your Name," is now officially rereleased in both live and reimagined formats. A new lyric video for "Your Name" can be viewed below. Click here to listen to the album.

“The songs on ‘A Greater Song’ were birthed in the midst of worship in my local church 15 years ago,” Baloche said. “I remember it being a season of intense and consistent prayer in our community, and I can hear it in the voices on the original recordings. I can still picture the faces of our congregation as we lifted up these songs as prayers to God from our fellowship. Surprisingly, many of these choruses are still being sung in churches around the world.”

Recorded live all those years ago, “A Greater Song,” the singer’s team said, “embodies the sound of a generation which still resonates today. … Baloche’s words and melodies capture the powerful message of the Gospel in a relevant and relatable manner. ‘A Greater Song’ is not only precious to Baloche, but also to the legacy of Integrity Music and their partnership of almost 30 years.”

Seizing the opportunity of this significant anniversary, Baloche teamed up with songwriter and film producer Jon Guerra. He said, “We sought to reimagine the best of these songs with fresh arrangements and new voices while retaining the heart behind these musical prayers. I hope they inspire a new generation to lift a greater song to Jesus with their whole heart and lives."

Having served as the worship pastor at Community Christian Fellowship in Lindale, Texas, for more than 25 years, Baloche is an ordained minister with an M.Div. from the Methodist Episcopal Church. In addition to writing, recording and touring, he founded LeadWorship.com to serve, equip and train local church worship teams across the globe. He teaches modern worship master classes nationally and has created a variety of online instructional videos and free resources designed specifically to help worship leaders and musicians.

Baloche is a contributing writer for both Worship Leader and Worship Musician magazines, a featured blogger on ChurchLeaders.com, and has written the books “The Same Love: A Devotion” (David C Cook) and “God Songs – How to Write and Select Songs for Worship.” He and his wife, Rita, have three grown children.