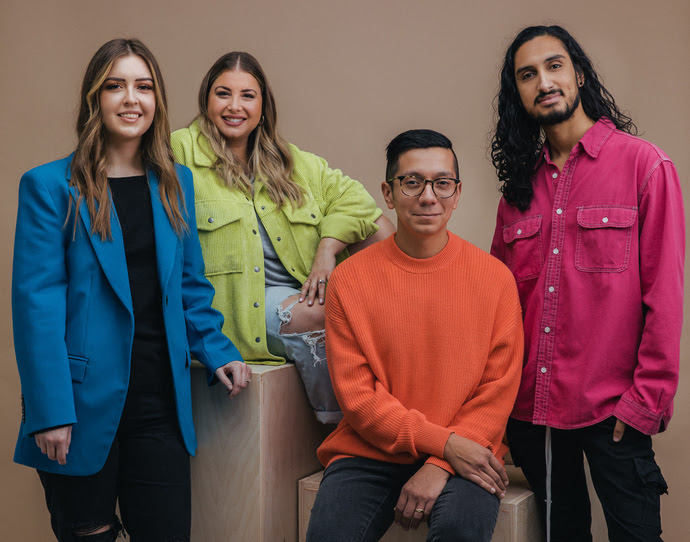 The band’s team said, " ‘Letting Go’ guides the listener through a raw conversation with God, starting with hard questions and leading to the realization that God is loving and trustworthy. As one of the more worshipful songs on the upcoming album, its chorus sings: ‘Even with these questions I open up my hands/Come and wreck my plans/While I'm waiting I will worship I trust You're in control/Come and make me whole, I'm letting go." Listen to the song here or view the lyric video.

The songs found on the upcoming release of “Better View, Part II” bring a Top 40 sound with a ’90s influence, bridging the gap between pop music and Christian lyrics. As with “Better View, Part I,” the release and theme of “Part II” come from the group's hope that, as people listen to the songs, they will gain a better view of God and how much he loves them.

"We wrote this album for anyone who is struggling with questions, but especially for the students and young adults who are part of our church," the members of Switch shared. "They're the first generation that's growing up with exposure to unfiltered hardships across the world and social media comparison as a part of everyday life. We wrote these songs to help them navigate these difficulties with a faith perspective."

Listen to the first EP, “Better View, Part I” here, or learn more about Switch by visiting life.church/switchmusic.

Switch is a collective of worship pastors from Life.Church focused on creating modern music that helps listeners connect with and engage in a relationship with Jesus. Following the success of its first EP, “Symphony,” Switch was named Billboard's 2019 Top New Christian Artist, and the title track “Symphony” earned Hot CHR Chart’s No. 1 Song of the Year in 2019. The group released its debut full-length album, “Symphony,” in February 2020. “Better View, Part I” dropped in the fall of 2021.