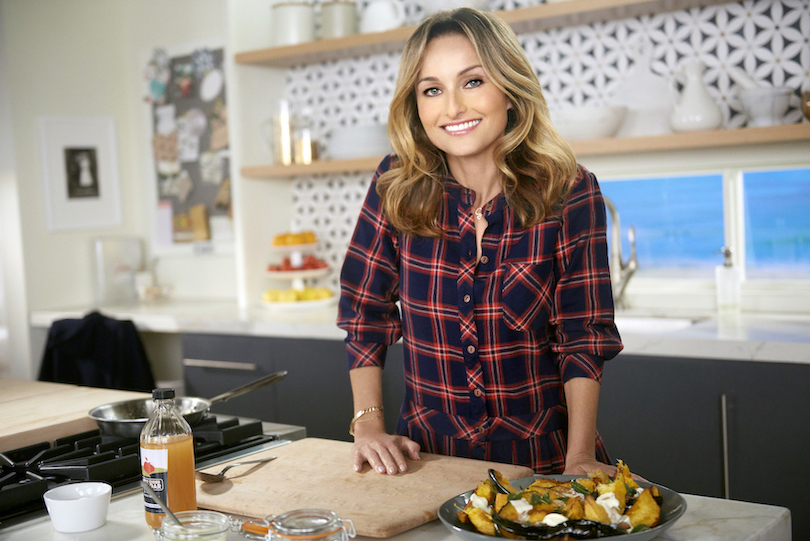 A press release said, “As a longstanding Food Network star, Giada has engaged fans with her dynamic presence and color commentary while also providing sought-after entertainment and recipe inspiration.”

De Laurentiis said, "I'm excited to share all of the new projects I've been working on with viewers. Get ready for more adventure, fun … and pasta, of course!"

White said, “Giada De Laurentiis is a culinary icon, who has taught audiences how to prepare as well as properly pronounce every classic pasta dish as no one else could, and we are so excited that this creative star, both in front of the camera and behind the scenes, wants to continue to call Food Network her home. ‘Simply Giada’ is the perfect jumpstart to the new year, with accessible and easy-to-do dishes that feature all the quintessential Giada trademarks – delicious recipes mixed with personable charm.”

The press release stated, “De Laurentiis is an accomplished chef, best-selling author, and restaurateur, but after years of struggling with a hectic schedule and balancing her eating habits, she discovered her path to wellness and is now sharing her journey with recipes and ideas that will help viewers feel good inside and out on the new daytime series, ‘Simply Giada.’ Inspired by her recent cookbook, in each episode De Laurentiis shares tried and true recipes for eating better every day, without skimping on flavor. Whether it is offering up expert advice to keep the pantry stocked for smart menu planning that stretches ingredients into the week or showcasing simple and delicious dishes perfect for entertaining friends, ‘Simply Giada’ has everything to feel healthy and live your best life.”

De Laurentiis is the award-winning television personality of Food Network’s “Everyday Italian,” “Giada at Home,” “Giada’s Weekend Getaways,” “Giada In Paradise,” “Giada In Italy,” “Giada’s Holiday Handbook,” “Giada Entertains” and “Giada On The Beach”; she’s a judge on “Food Network Star” and “Winner Cake All”; and most recently, she co-starred in the discovery+ food-travel series “Bobby and Giada in Italy,” which made its debut when the streaming service launched this past January.

De Laurentiis is also a successful restaurateur with restaurants GIADA and Pronto by Giada in Las Vegas. She is the author of 10 New York Times best-selling cookbooks, including her most recent, "Eat Better, Feel Better: My Recipes for Wellness and Healing, Inside and Out," in addition to her children's book series, “Recipe for Adventure.” She is also the founder of the lifestyle and e-commerce platform, Giadzy.com, which features Italian lifestyle content spanning recipes, travel, entertaining and Italian pantry products. De Laurentiis has a background of culinary training from Le Cordon Bleu in Paris.

Fans can head to Facebook, Instagram and Twitter for an exclusive interview with De Laurentiis, and to watch how she makes some of her most-famous dishes. For all the recipes from “Simply Giada,” visit FoodNetwork.com/SimplyGiada and follow along at #SimplyGiada.