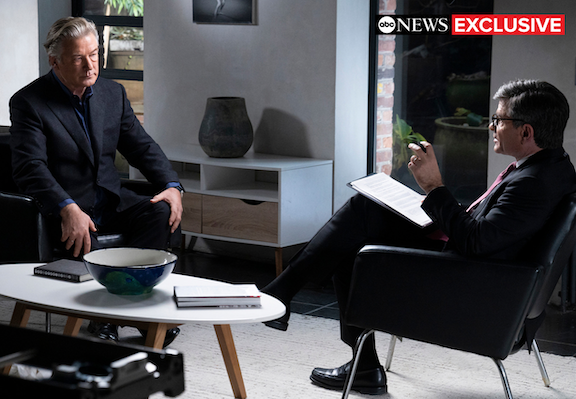 Interview will air in a primetime special Thursday on ABC, streaming later that evening on Hulu

ABC News announced on “Good Morning America” that co-anchor George Stephanopoulos has the first exclusive interview with actor Alec Baldwin, following the deadly shooting on the set of the film “Rust.” George Stephanopoulos Productions will produce a primetime television event featuring the exclusive interview with Baldwin. The hour-long special will air Thursday, Dec. 2 (8 p.m. EST), on ABC, and will begin streaming later that evening on Hulu.

Next week, a two-hour “20/20” delves into the events ahead of the deadly shooting on the set of “Rust” and the pending investigations into what went wrong; and features the Baldwin interview and new interviews. “20/20” airs Friday, Dec. 10 (9:01–11 p.m.), on ABC and streaming the next day on Hulu.