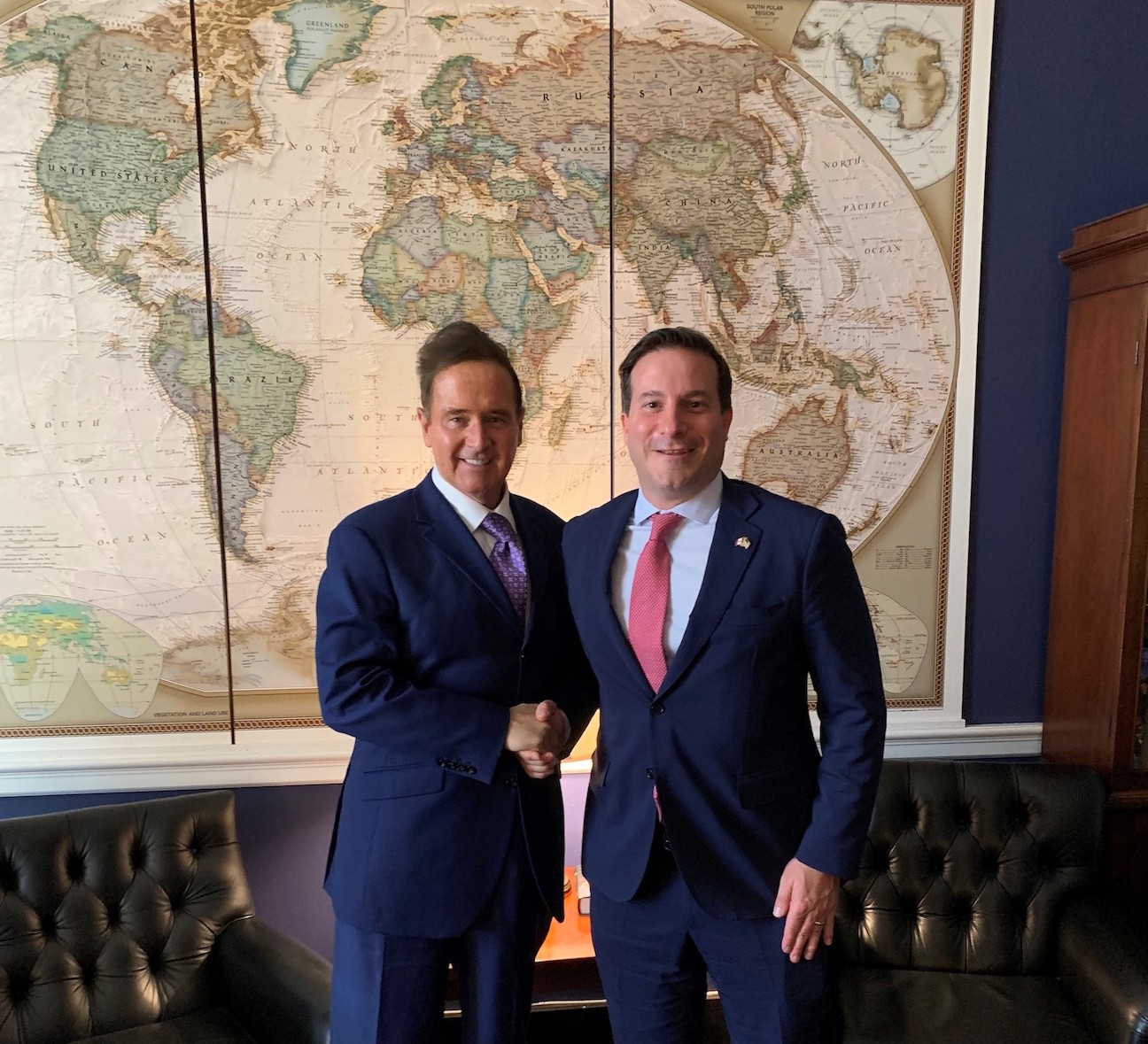 Mendicino lives in Toronto and represents the Eglinton-Lawrence riding in Parliament.

Higgins said, “The ability for residents on either side of the border to hop on a train and quickly travel between Western New York and Toronto, Ontario, for a Sabres-Leafs game, shopping, cultural destinations or to do business in a couple of hours, would be a game-changer for our economies. With a bit of coordination, we could reduce travel time and improve the passenger experience significantly. Now is the time to get this done.”

A press release stated, “Significant rail investments are being made on both sides of the border. The newly adopted U.S. Infrastructure Investment & Jobs Act includes both $66 billion for rail, including the largest federal investment in Amtrak since its creation, and $3.85 billion for improvements to land ports of entry. The law also orders a study on recommendations to improve cross-border rail service between the United States and Canada, including the feasibility of and costs associated with a preclearance facility.”

In a letter sent to President Joe Biden in advance of this week’s North American leaders’ summit, Higgins listed cross-border passenger rail as a priority item for discussions at the Capitol. He wrote, “I ask that your Administration use this meeting specifically to kickstart conversations with the Canadian government on implementation of Section 22212 of the Bipartisan Infrastructure Deal to improve the efficiency of Amtrak between the U.S. and Canada and establishing pre-clearance agreements so that communities like Niagara Falls and Buffalo can finally realize the potential of cross-border rail travel.”

Earlier this year, at the Amtrak station in Niagara Falls, Higgins and City of Niagara Falls Mayor Robert Restaino pushed for an improved passenger rail connection between the two countries.

Amtrak traditionally operates a Maple Leaf route, from New York City to Toronto, with stops in Niagara Falls and Buffalo, which runs only once per day in each direction. The northbound train leaves New York City during the morning rush, doesn’t arrive in Niagara Falls until late afternoon, and includes a two-hour transfer time across the border due to customs processing and a U.S. to Canada crew change. Final arrival at Toronto’s Union Station is in early evening.

Before the pandemic, the U.S. and Canada were negotiating a shared border management process at the crossing between the two Niagara Falls, as well as rail crossings between Washington and British Columbia, and between northern New York and Quebec.