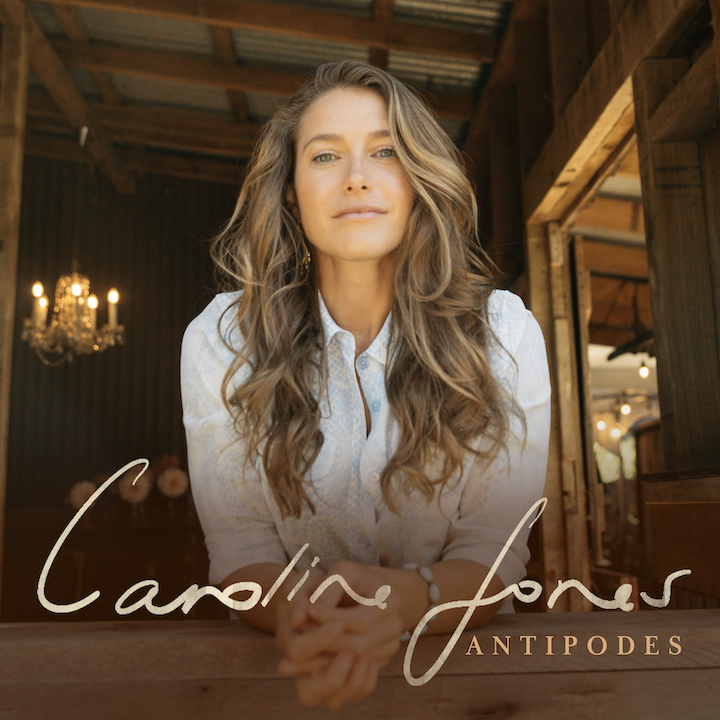 Often used to describe parts of the world diametrically opposite, “Antipodes” was thoughtfully selected as Jones’ sophomore album title as she spent the majority of lockdown in New Zealand working on the record and falling in love with her now fiancé. This experience is projected in each of the project’s tracks, melding her classic country flair, lyrical storytelling and electrifying guitar riffs harking back to the ’90s.

“Antipodes” boasts songs such as the sassy single, “Come In (But Don’t Make Yourself Comfortable),” the video for which already has over 1.6 million views on YouTube; and the recently released “No Daylight,” an ethereal, island-y ballad brought to life through a self-shot official video chronicling Jones’ love story as it unfolds across New Zealand. She also collaborated with Brown to co-produce “Antipodes” standout “So Many Skies.”

This is only the latest in what has been an exciting year for Jones. Recently, she was featured as a special performer on this season of ABC’s “The Bachelorette,” which aired Oct. 26. She has also been on the road all summer performing as a special guest in Zac Brown Band on “The Comeback Tour.” This past week, she joined ZBB for their CMA Awards performance and as an opener for the Rolling Stones. This comes as a natural progression, as she previously opened for the group on three separate tours, and performed alongside it at various festivals.

This weekend, Jones will headline her own series of album release shows in her home state of Florida.