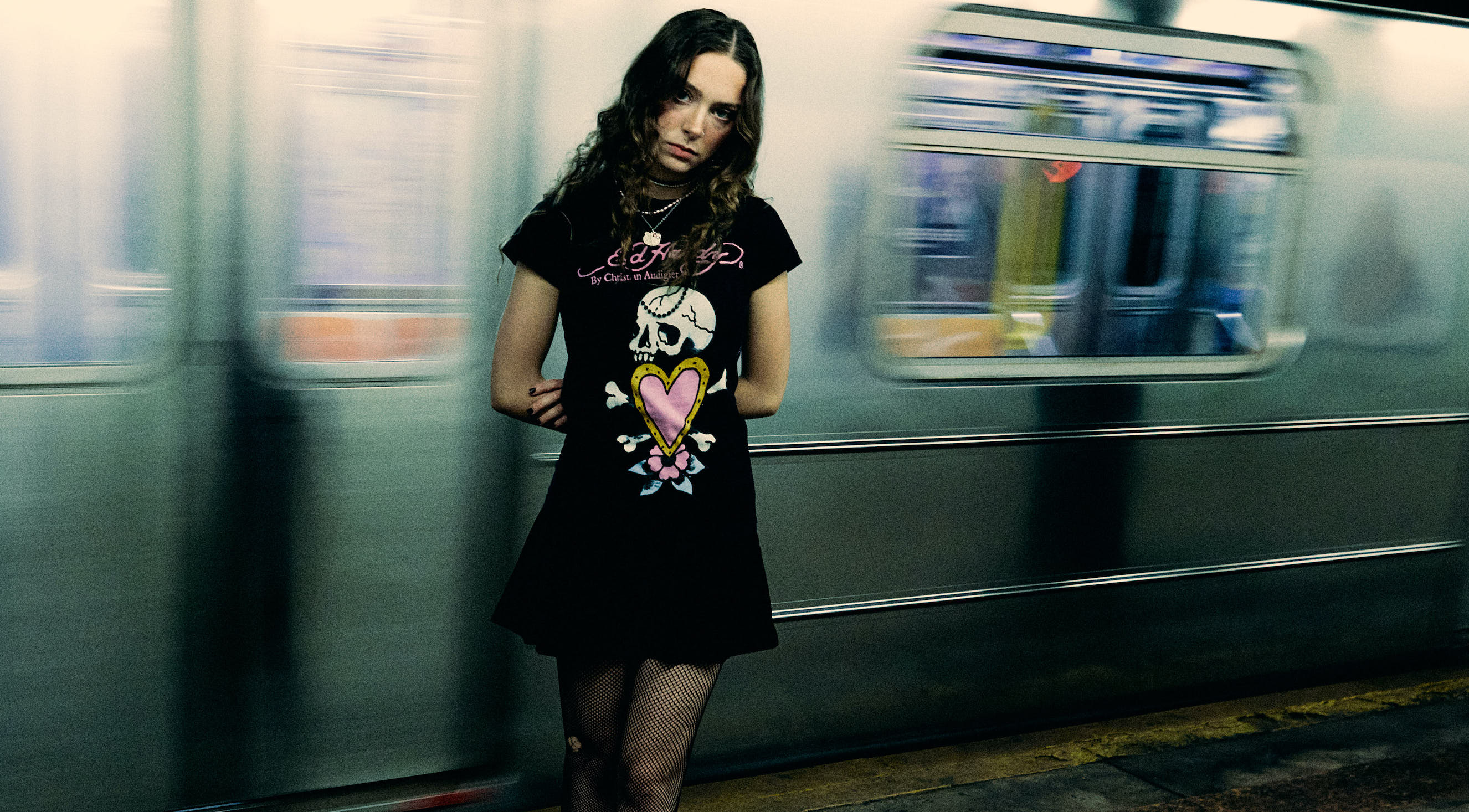 On the heels of captivating thousands of fans across the U.S. and U.K. on her debut headline tour, Ivor Novello-nominated breakout artist Holly Humberstone has officially released her anticipated sophomore EP, “The Walls Are Way Too Thin,” via Darkroom/Interscope/Polydor Records.

The six-track project poignantly explores a moment in time that’s universally relatable to anyone navigating the leap to adulthood, from the feeling of being lost to questioning your identity and belonging. Led by her milestone single "Scarlett," the EP features her collaboration with The 1975’s Matty Healy "Please Don’t Leave Just Yet," the cinematic title-track "The Walls Are Way Too Thin" and slowburn "Haunted House," as well as two never-before-heard songs: “Thursday” and “Friendly Fire.”

Humberstone’s team said, “ ‘The Walls Are Way Too Thin’ cements Humberstone as a voice for her generation, and demonstrates a songwriting prowess that defies her 21 years of age and only one year in the limelight. Always striving to write lyrics that are deeply personal to herself, the honest storytelling at the heart of Holly’s craft has resonated with people everywhere and pinpointed a shared commonality in the peaks and valleys of our life experiences.”

Listen to “The Walls Are Way Too Thin” here.

“This EP represents a feeling of being lost. It’s the kind of lost that makes you question who you are and where you belong,” Humberstone said about the EP. “So lost that someone might need to find you again, because you can’t find yourself. That’s how it felt to move to Liverpool, then London, and be in transit between cities and never settling.”

To celebrate the release, the rising star has debuted a haunting new music video for her latest single, “Friendly Fire.” Filmed on a rooftop adorned in Halloween decorations and backdropped by the distant glow of New York City at night, the visual captures a sense of melancholy and loneliness that pulses throughout the song. Watch the music video here.

Humberstone said, “I wrote this song on a very confusing holiday in autumn of last year. Prior to leaving, I was going through a lot of big changes in my life (most of which unplanned and unwanted) and it all came to a head with a family loss. The holiday was meant to be some time to heal, but it became an agonizing period of overthinking about the relationship I was in. Everything I was going through had put a lot of strain on my relationship. I didn’t feel like myself for a long time and never really expressed this to him, but deep down it was eating me up. I was very stressed because I knew the relationship was good and just couldn’t understand what was wrong with me or why I was having these weird, confusing feelings. I felt I needed to get it off my chest and this song was my way of saying, ‘If I do hurt you in the future, then I never meant to and I’m sorry.’ ”

Already earmarked as an artist to watch on festival lineups across the globe from “Austin City Limits” to “Reading & Leeds” to “Primavera Sound” and beyond, Humberstone has endeared fans at sold-out shows around the world on her debut headline tour this fall. Following back-to-back nights at both The Roxy Theatre in Los Angeles and Bowery Ballroom in New York City – her first headlining shows in the U.S. – Humberstone returned to London earlier this week for a momentous performance at the iconic Shepherd’s Bush Empire. She will return to the U.S. for her debut full-length tour supporting girl in red in spring 2022.

Having been recently nominated for the Ivor Novello Rising Star Award with Apple Music, placing as runner up in the “BBC Sound of 2021,” and chosen as YouTube’s next “Artist On The Rise,” it isn’t just Humberstone acclaimed music and symbolic videos that have captured the imagination of her fans. Her team said, “Holly’s deep care for sustainable fashion encouraged her to launch her Fifth Sister Swap initiative as a way for her fans to swap clothes without relying on fast fashion. It’s a concept that stemmed from her three sisters constantly borrowing from and swapping their own wardrobes, and growing up in a house of women has made Holly passionate about issues affecting women.”

At Humberstone’s headline show at Omeara in London this summer, she hosted the first IRL Swap Shop, then brought it to Los Angeles and finally NYC with Rogue Garms. Launching today, Humberstone has partnered with TRAID, the U.K. charity working to tackle and solve the problems caused by making, consuming and wasting clothes, on a limited-edition merch drop to encourage recycling clothes.

“The Walls Are Way Too Thin” follows Humberstone’s critically acclaimed debut, “Falling Asleep At The Wheel,” which marked the first chapter in the story of a new global talent who has garnered over 190 global streams.