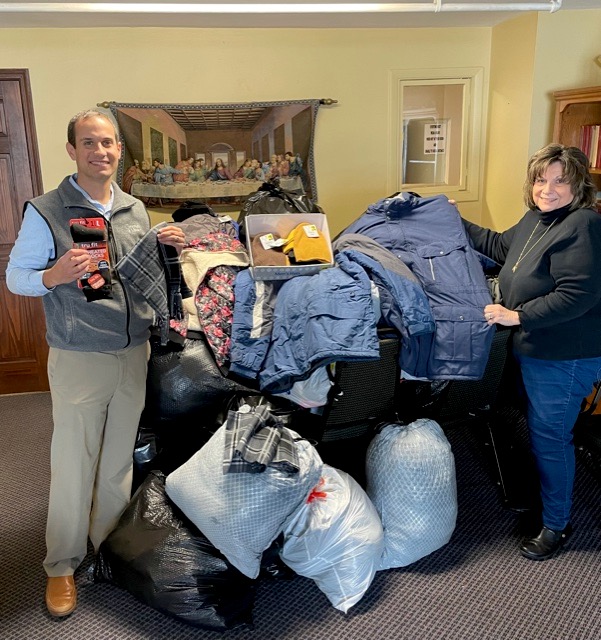 The Wilson Lions Club held a “Spread the Warmth” coat drive during the months of September and October. A goal of 100 coats was set, but the drive collected more than 200 coats, in addition to women’ professional outfits, scarves, hats, new underwear and socks.

The coats were donated to Community Missions.

On hand to receive the donations was Vice President of Public Relations and Development Christian Hoffman. He said, “A donation like this is such a tremendous blessing for those that we serve. With winter approaching, we are always on the lockout for coats, hats and gloves to make sure that no one has to do without. The Wilson Lions Club has stepped up in such a big way this year for us, and we are so appreciative on behalf of all of those that visit our program. A distribution date has been set for next week.”

Wilson Lions Club President E. Anne Basile extended “a heartfelt thank you to the Wilson community for stepping up with their donations.”

In addition to the Wilson community, donations came in from Buffalo, West Seneca, Lewiston and the St. Brenden’s Seniors of Newfane. Wilson Town Hall and the Wilson Lakeside Market served as collection sites. 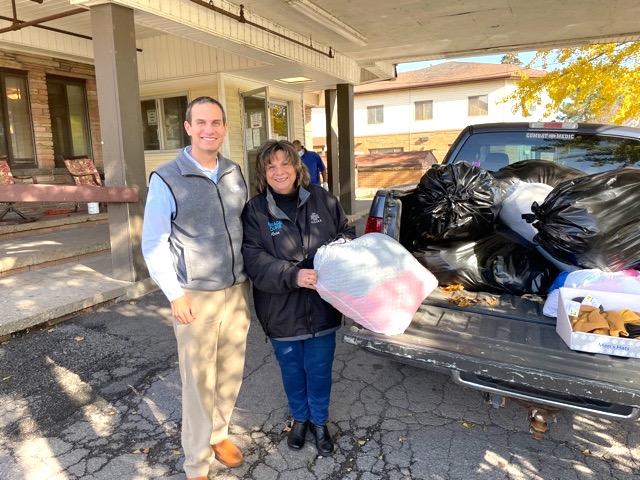