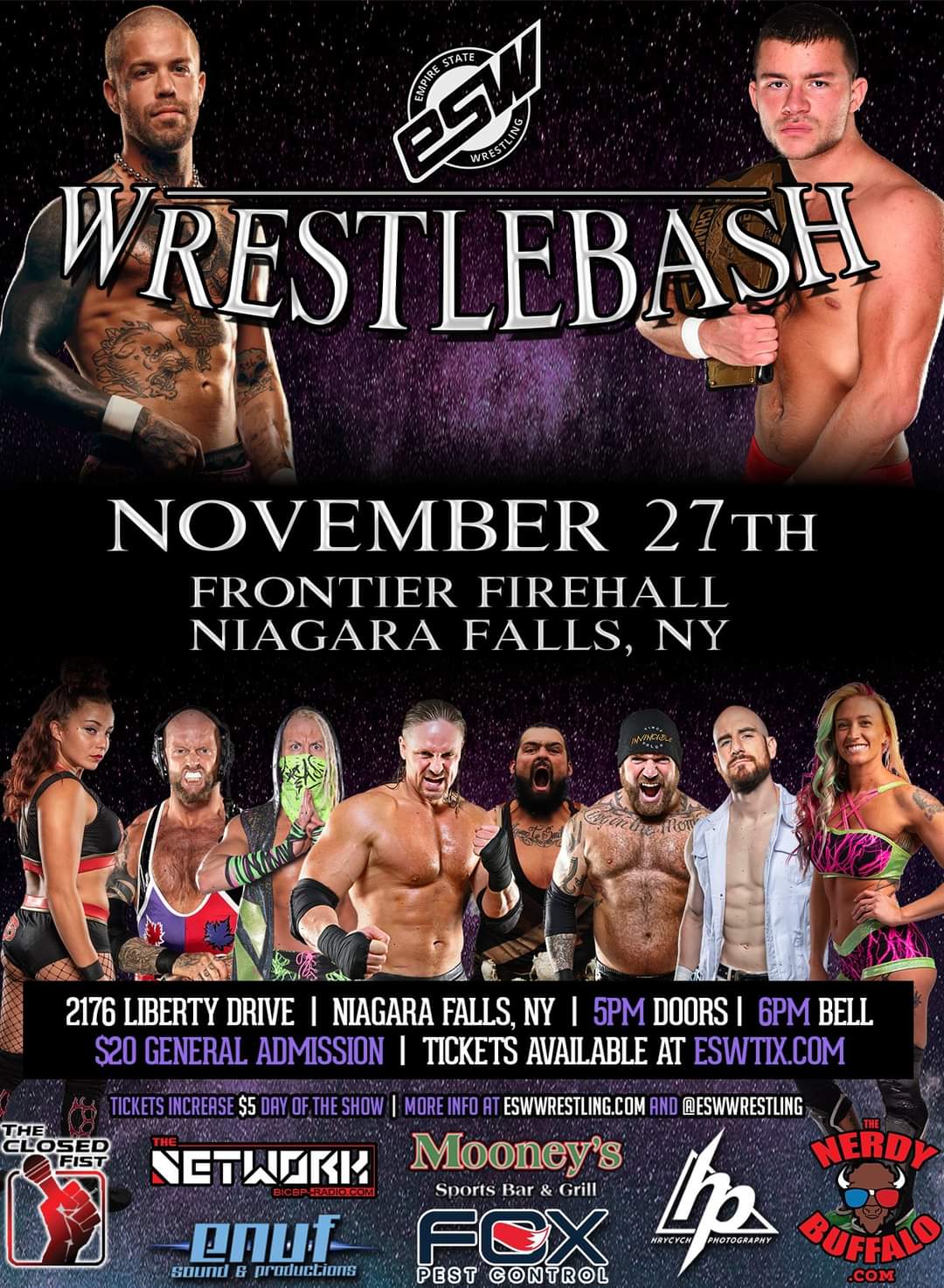 Empire State Wrestling comes back to its old stomping grounds in Niagara County – and brings back its traditional Thanksgiving Weekend super event with "Wrestlebash" on Saturday, Nov. 27 at the Frontier Fire Hall, 2176 Liberty Drive, Niagara Falls. This is the first Empire State Wrestling event in Niagara County in two years, and the first ESW event at the Frontier Fire Hall in three years.

“Wrestlebash” comes on the heels of two acclaimed events held at Buffalo RiverWorks. Western New York's top independent wrestling promotion looks to build off these successful events with a super show stacked with star power. Among the matches already scheduled for “Wrestlebash” included a battle between two best friends for the ESW heavyweight championship.

The matches taking place at “Wrestlebash” include:

•North Tonawanda's Vinnie Moon will look for revenge against "The Remix" Kevin Bennett (accompanied by Roscoe).

Several ESW regulars are scheduled to appear, including “The Big Bang" Jerk Cockins, "A Cut Above the Rest" Gavin Glass, James Sayga and Keenan Moore. Stay tuned to ESW's social media pages for further match announcements leading up to the event

First and second row tickets are sold out. General admission tickets are still available for $20 and can be purchased at www.ESWtix.com. Doors open at 5 p.m. with a bell-time set for 6 p.m.

Founded in 2002, ESW is run by Brett Stymus. Over half of ESW’s performers reside in the Western New York area. ESW runs regular shows throughout the year that draw up to 400 fans, and an annual "super show" that boasts crowds of up to 1,000 people.

All cards are subject to change.