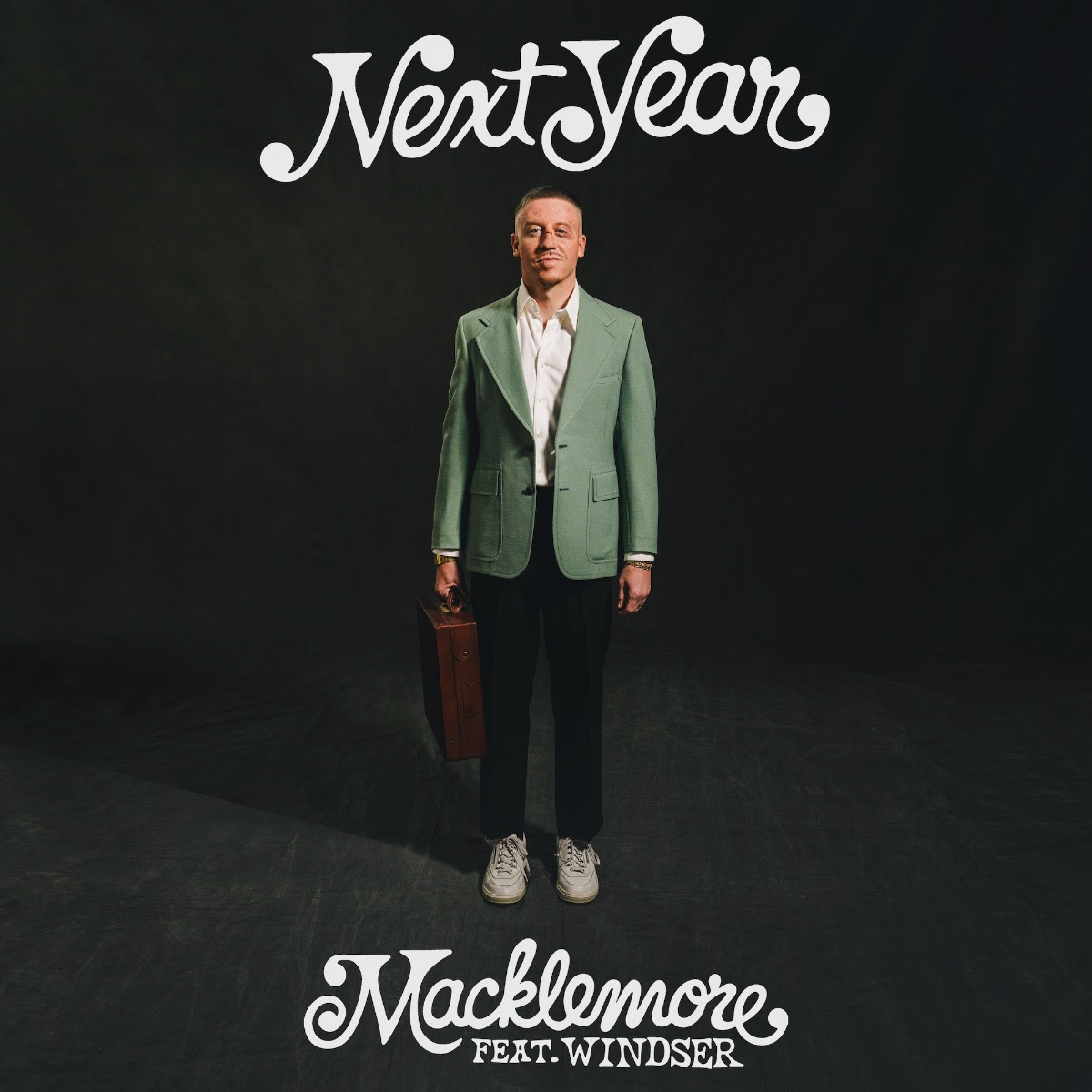 Macklemore reunites with Ryan Lewis to bring a familiar magic in new single, 'Next Year'

Grammy award-winning lyricist Macklemore partners back up with longtime friend and collaborator, Ryan Lewis, for the first time in five years for a reflective and optimistic new single and video “Next Year,” which features recording artist Windser. The song is available everywhere now.

Macklemore and Lewis teamed up with director Jason Koenig to write and direct the music video. Koenig is a frequent collaborator of theirs, as he also did the “Can't Hold Us” and “Downtown” videos. Watch here.

On the heels of what will be the 10th anniversary of his accolade and award-laden debut, “The Heist,” and four years since Macklemore’s last studio LP, “Gemini” – which peaked at No. 2 on the Billboard 200, boasting cuts with appearances from Skylar Grey, Lil Yachty, Offset and Kesha – Macklemore has returned with an anthemic and true-to-his-ethos track. He’s backed by a rising Windser-led chorus that engrains in listeners that “Next year’s gonna be better than this!”

His team said the song is “coupled with a hilarious and metaphorical visual that finds our Seattle-based emcee surviving not only the city’s beloved grey skies, but car crashes and even the birth of a new baby with his wife, that may or may not be his neighbor’s. There’s even a barrage of stray golf balls landing at his feet that remind us of the strength of the rapper’s ability to not only remain in the driver seat of life, despite all, but his self-awareness and capacity to poke fun, even at himself and his own best laid plans – a funny nod to his own lauded golf apparel brand, Bogey Boys.”

A record special and dear to the rapper’s heart, he said of the song, “This is the first new music I've released in quite some time, and I got to work with my guy, Ryan Lewis, on production again.”

The Seattle emcee continued, “Ryan first played this for me in his car, as a rough demo, but it immediately stood out. I then wrote a bunch of verses quickly and went down to LA to record. And with the time that had passed, I felt a little apprehension at first; however, once we started the creative process, it felt like we hadn’t skipped a day.”

Lewis said, "I remember playing the demo for ‘Next Year’ in the car for Ben and he just lit up. We hadn’t worked together in a few years, and each of our processes had grown and evolved in that time working independently of each other; so, it was scary and exciting to see how it would go getting back in the studio. All in all, it was like everything had changed and yet nothing had changed at all! Working on the song turned into working on the video, which then turned into late nights and a lot of laughing. It felt like a fresh start for our creativity and a reminder of the powerful force we make together – I missed my guy."

Prior to the new single, Macklemore and Lewis released their second joint effort, “This Unruly Mess I’ve Made,” another chart-topping success that also featured a slew of contributions from the likes of Idris Elba, Ed Sheeran, Chance The Rapper, Anderson.Paak, Kool Moe Dee and Grandmaster Caz.

“There’s not many people that know me as well as Ryan does,” Macklemore said. “We spent damn near a decade together every day, making music, videos, touring and everything else. We obviously took a long break, but have been able to hop back into that same space immediately.”

He added, “I think we both went into it not exactly knowing what to expect, but I’ve had hella fun the entire time. I love the way his brain works around all things related to art, and it was refreshing to connect on that level again. That's my brother for life, and I'm really proud of what we cooked up with for ‘Next Year.’ ”

Macklemore said, “I love Windser's voice and energy on this song. He originally just cut a reference demo, but Ryan and I both loved him on this record from the jump. He killed it, and his performance perfectly fits the message of the song. I must say, he’s a talented and humble guy, and I'm excited for more people to get to know him.”

Windser said, “I’ve respected his music, independence and artistry for a long time, and was thrilled to be part of a song that resonates with me in such a powerful way. The last couple years have not been easy, but I truly believe that next year’s gonna be better than this, and that we’ll come out of these times stronger. It’s a true honor to have collaborated with Macklemore on ‘Next Year.’ ’’