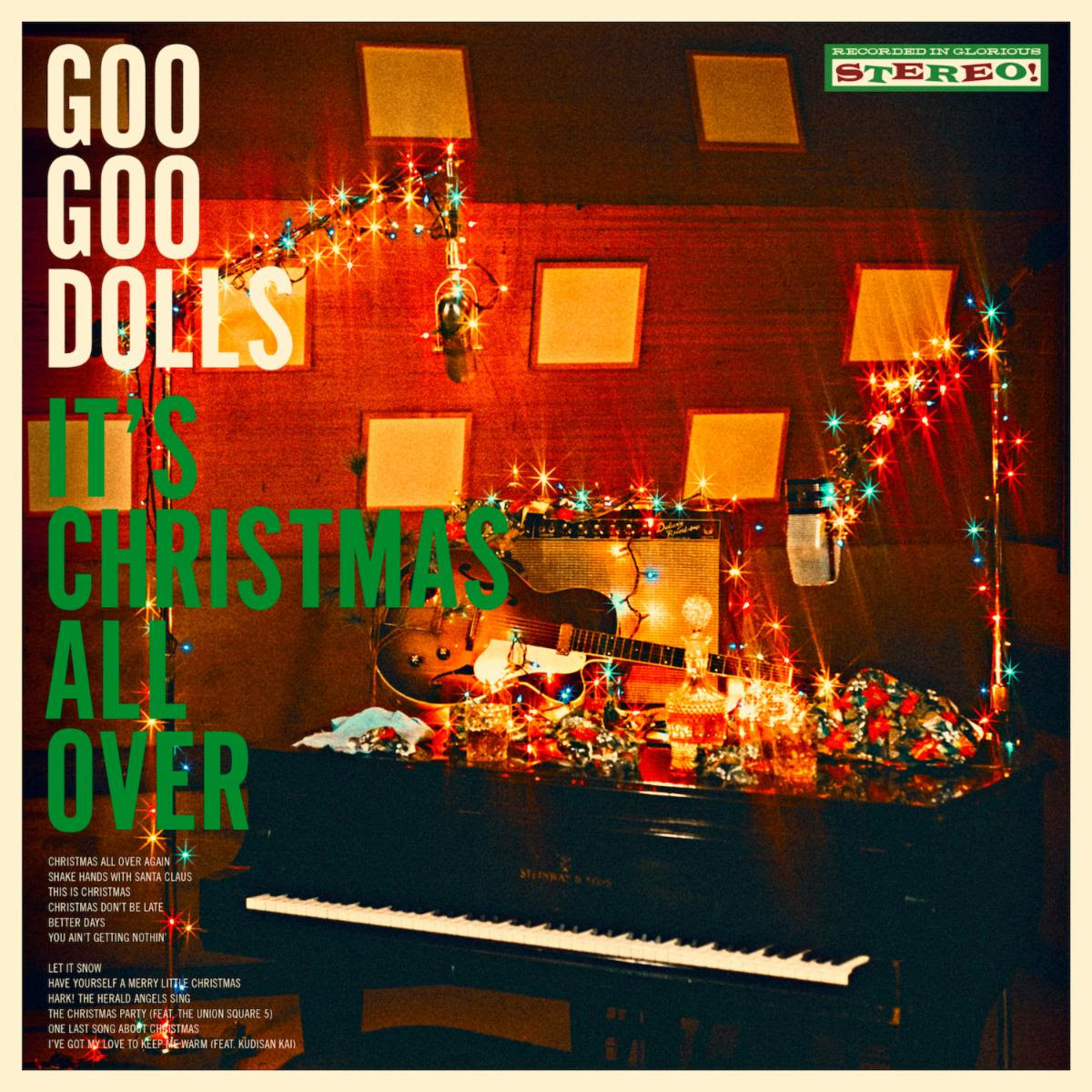 Goo Goo Dolls announce deluxe edition of 'It's Christmas All Over'

Just in time for the holidays, Grammy-nominated, multi-Platinum-selling band Goo Goo Dolls have officially announced they will release a deluxe edition of “It’s Christmas All Over” on Nov. 5 via Warner Records.

The 12-song LP marks a special version of the band’s first-ever Christmas record, featuring the brand-new original track “One Last Song About Christmas” and a never-before-heard cover of “I’ve Got My Love To Keep Me Warm,” a holiday staple that was made famous by Dean Martin.

Today, the band has shared their new original “One Last Song About Christmas,” a ballad that balances melancholy lyricism with instrumentals that channel the warmth and nostalgia of classic holiday favorites. Listen now here.

Produced by frontman John Rzeznik in addition to the band’s longtime collaborators Brad Fernquist and Jimmy McGorman, “It’s Christmas All Over” initially arrived in late 2020. The album is filled with cover renditions of iconic holiday songs such as “Let It Snow” and “Have Yourself A Merry Little Christmas,” as well as the two originals “This Is Christmas” and “You Ain’t Getting Nothin’.”

“I wanted to write a song about the people and places most of us don’t see or think about at Christmas time,” Rzeznik said about “One Last Song About Christmas.” “To tell an unorthodox love story about slipping through the cracks and celebrating a very different type of holiday, while finding a bittersweet joy that carries them through the season.”

The “It’s Christmas All Over Deluxe Edition” track-listing includes:

“Christmas All Over Again”

“You Ain’t Getting Nothin’ ”

“Have Yourself A Merry Little Christmas”

“One Last Song About Christmas”

“I’ve Got My Love To Keep Me Warm (Feat. Kudisan Kai)”

Alongside the deluxe edition of “It’s Christmas All Over,” the band is also offering exclusive merch including a red vinyl LP, a limited-edition drinkware set that includes a set of whiskey glasses, whiskey rocks, a Tom Collins recipe glass and “Christmas All Over” cocktail napkins. The digital deluxe album and limited edition drinkware set will be available to purchase in the band’s store here on Nov. 5.

To celebrate the release of the record last holiday season, Goo Goo Dolls performed a Muse Creative Award-winning augmented reality movie musical, “It’s Christmas All Over,” presented by the livestreaming platform FanTracks. The event saw the band performing music from the album of the same name for the very first time – and went beyond the realm of a live concert, transporting viewers through a musical journey all taking place within a surreal virtual world. The experience went on to receive two Muse Creative Awards.

The deluxe edition release of “It’s Christmas All Over” arrives on the heels of the band’s new compilation album, “Rarities,” a retrospective collection of 20 songs spanning more than a decade of its career. Containing songs that span 1995 to 2007, “Rarities” explores a prolific period during which the band released several chart-topping hits, ascended to mainstream stardom and cemented its footing as one of the most influential rock bands in recent memory.

With their anticipated 13th LP also on the horizon, the band also recently announced its first North American tour dates for summer 2022. Set to kick off on July 26 at USANA Amphitheatre in Salt Lake City, Utah, the nationwide tour will see the band performing at notable outdoor venues all next summer, including The Greek Theatre in Los Angeles and Red Rocks Amphitheatre in Colorado. Blue October will provide support for the entire run and additional shows will be announced soon, including a new date for the band’s hometown of Buffalo.

For dates and more information, visit the band’s website here.