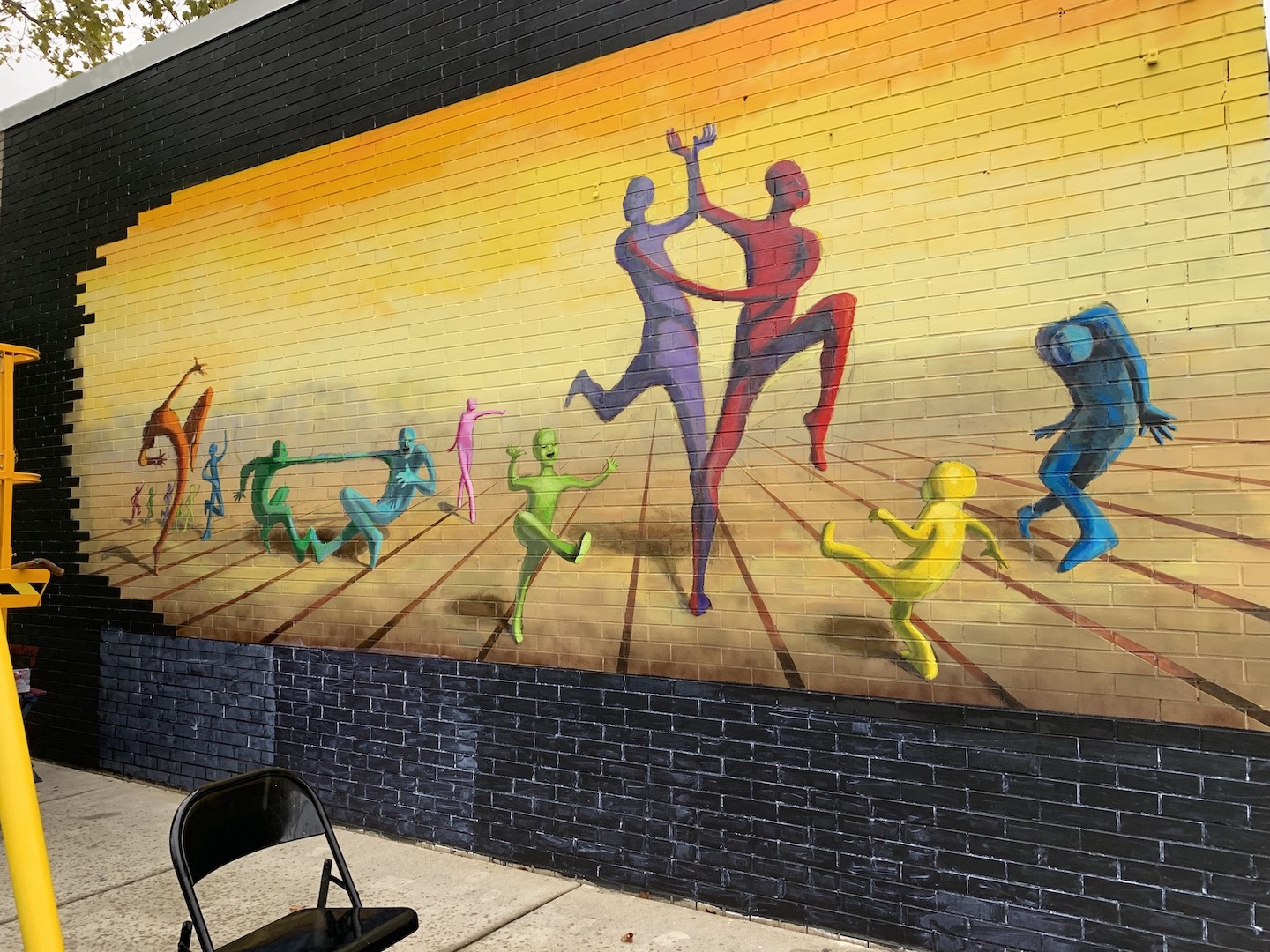 Shown is a new mural created by Jonathan Rogers. The artist is pictured below. (Submitted photos)

Niagara Falls’ newest mural in Hyde Park captures the spirit of dance and was recently finished by Jonathan Rogers, a local artist with a storied career.

The work was brought to fruition through NF Murals, the public art initiative of the Niagara Falls National Heritage Area (NFNHA), and is located on the side of the Dance Shop Dance Studio at 325 Hyde Park Blvd.

The mural features colorful figures dancing across the side of the building, brightening the corner where it’s located. Rogers said the mural represents the pursuit of happiness, as well as the learning and discipline involved in dancing. He also blended some of the figures’ forms and colors into one another to represent how dance brings people together.

“When you’re dancing with the right person in the right moment, you can’t tell where their body ends and yours begins,” Rogers said.

NFNHA Project Director Ally Spongr said this is Rogers’ second project through NF Murals, which is in its third year. The organization aims to emphasize Niagara Falls artists in the selection process.

Rogers has been working in the art community of Western New York and Southern Ontario for decades. He started working as a printer’s apprentice in 1954 and then went on to attend the Ontario College of Art & Design. He’s worked as an internationally recognized animator, including in Hollywood for companies such as Disney, Marvel and NBC.

In 1999, he settled in Niagara Falls and has a studio at the Niagara Arts & Cultural Center (NACC). Rogers describes himself as a realist and a self-expressionist, and he creates his artwork in a series pattern. He has completed many public art projects in Niagara Falls, including a mural in the NACC and one in Art Alley.

Four other projects through NF Murals are currently in the works in the north end of Niagara Falls, along Main Street and Depot Avenue, with two of the artists starting work in November and the others in the spring.

The NF Murals project provided support and funding for Rogers’ mural in partnership with the Dance Shop Dance Studio. The organization plans to continue working with local business and property owners to help administer murals and public art throughout the city. 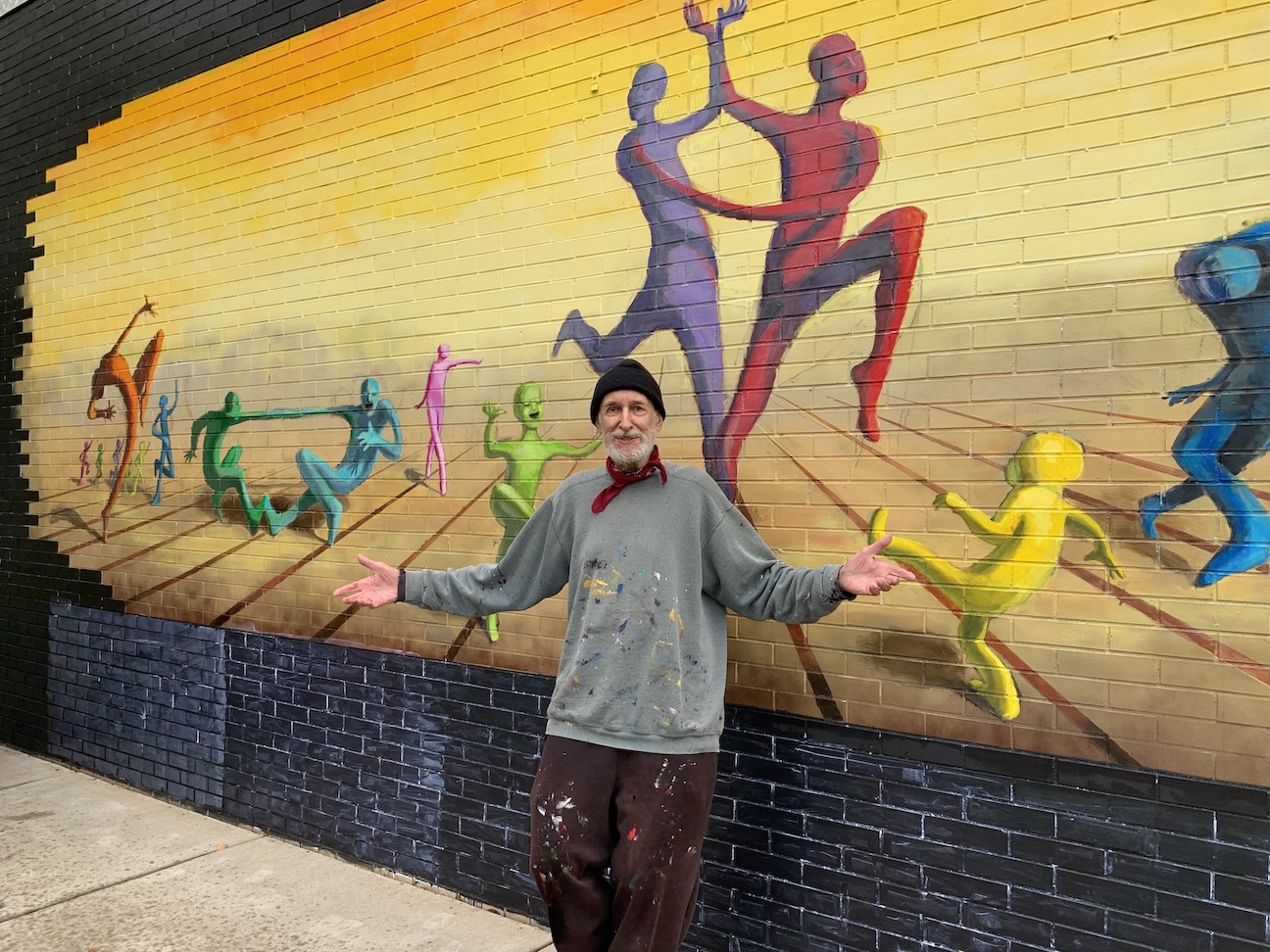