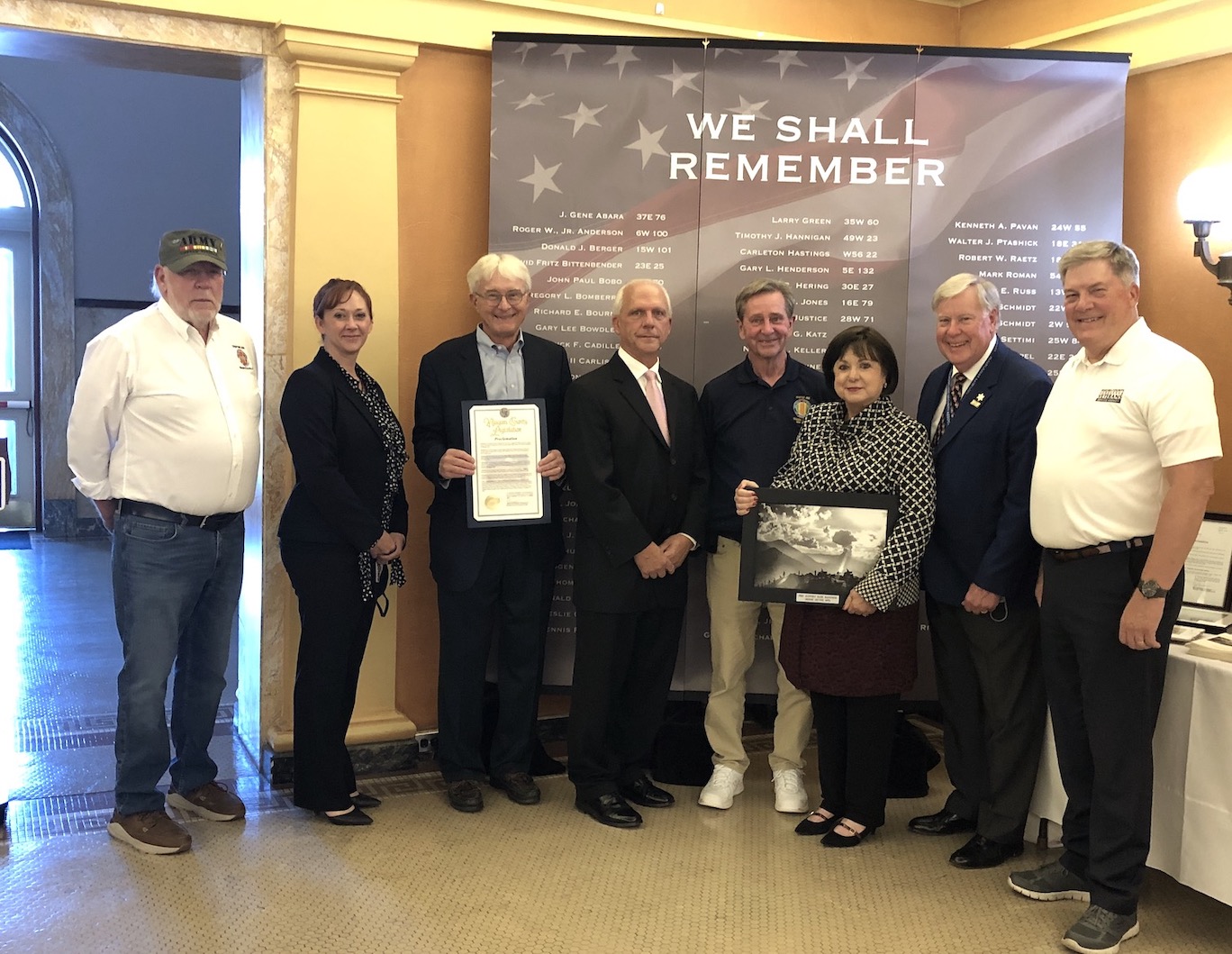 Niagara County Clerk Joseph Jastrzemski hosted a brief ceremony on Tuesday to open a display of the Niagara County Vietnam Veterans Memorial Wall and the “Our Photo Album” exhibit featuring photos taken by Vietnam veterans during their tours of duty. The display will be open at least through Veteran’s Day (Thursday, Nov. 11) at the Niagara County Courthouse in Lockport.

“We are honored to welcome this display to the rotunda of the Niagara County Courthouse,” Jastrzemski said. “The wall is a solemn display that names every Niagara County resident who gave their life fighting for our country in Vietnam. We never want their sacrifice to be forgotten.”

Wally Moxham, a Vietnam veteran and member of Niagara County Chapter 268 of the Vietnam Veterans of America, helped bring the “Our Photo Album” exhibit to the rotunda.

Created in 1990, the exhibit features images shot by local soldiers taken during their tours of duty that give a very personal perspective of what it was like in Vietnam during the 1960s and 1970s.

“Our photo show began in 1990 with about 150 photos and have grown to more than 500,” Moxham said. “The show has traveled throughout New York state and Southern Ontario and was even featured on the ‘CBS Morning News.’ When we brought it back in 2015 for its 25th anniversary, we wanted to make sure that those who made the ultimate sacrifice in Vietnam received proper recognition, which is when we created the wall.”

The entire ceremony can be viewed at https://trms.lctv.net/CablecastPublicSite/show/7371?channel=3. The display, which includes a portion of the overall photo collection, is open to the public during the normal business hours of the County Courthouse.