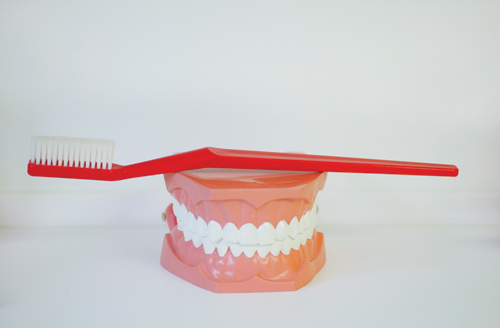 Study: Heartburn drugs may have unexpected benefits on gum disease

The use of heartburn medication is associated with decreased severity of gum disease, according to a recent University at Buffalo study.

The research found patients who used proton pump inhibitors (PPIs) – a class of drugs commonly prescribed to treat heartburn, acid reflux and ulcers – were more likely to have smaller probing depths in the gums (the gap between teeth and gums). When gums are healthy, they fit snuggly against the teeth. However, in the presence of harmful bacteria, the gap deepens, leading to inflammation, bone loss and periodontitis, also known as gum disease.

The findings, published last month in Clinical and Experimental Dental Research, may be linked to the side effects of PPIs, which include changes in bone metabolism and in the gut microbiome, says lead investigator Lisa M. Yerke, D.D.S., clinical assistant professor in the department of periodontics and endodontics at the UB School of Dental Medicine.

“PPIs could potentially be used in combination with other periodontal treatments; however, additional studies are first needed to understand the underlying mechanisms behind the role PPIs play in reducing the severity of periodontitis,” Yerke says.

The study sought to determine whether a relationship exists between PPI use and gum disease. The researchers analyzed clinical data from more than 1,000 periodontitis patients either using or not using PPIs. Probing depths were used as an indicator of periodontitis severity.

The researchers theorized that PPIs’ ability to alter bone metabolism or the gut microbiome, as well as potentially impact periodontal microorganisms, may help lessen the severity of gum disease.