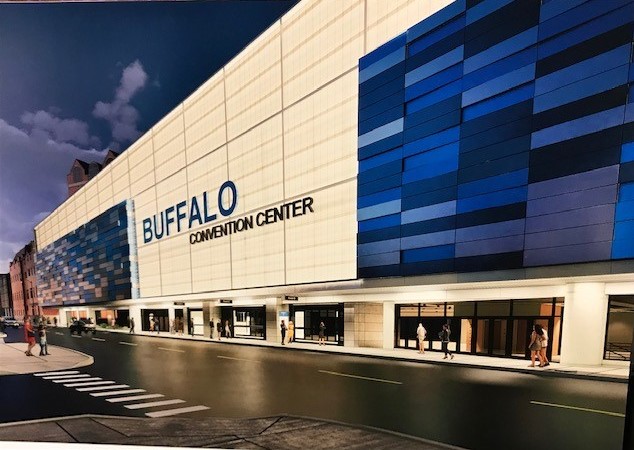 Shown are renderings of the planned new façade for the Franklin Street entrance to the Buffalo Niagara Convention Center. (Submitted)

The Buffalo Niagara Convention Center has a fresh new look following the completion of $1.2 million in lobby improvements, including new flooring, lighting and technology that transform the facility’s lobby into a more accessible and tech-friendly space.

Completed on a tight timeline that began in June, the interior improvements will be paired with an upcoming renovation of the facility’s façade and entryway for a more identifiable look to the building’s Franklin Street exterior side. 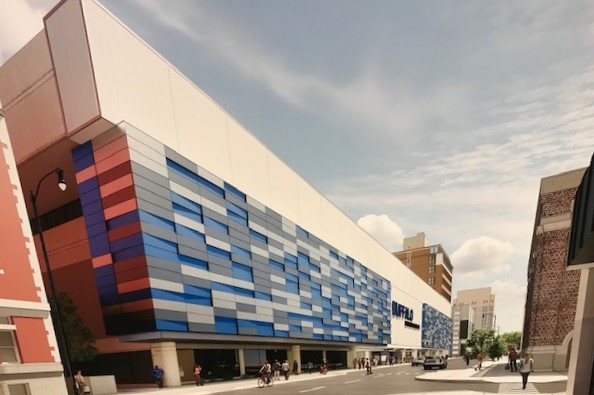 “These improvements make the Convention Center much warmer and more welcoming for visitors, creating brightly lit and accessible spaces that will aid in the flow of large events and assist visitors in finding their way around the building,” Poloncarz said Tuesday. “The next step will involve a much-needed renovation of the Convention Center’s Franklin Street façade and entryway, vastly improving the exterior and lighting the way to a new future for tourism in downtown Buffalo. As we build our economy back, we will be welcoming more and more tourist groups, conventions and trade shows, so it is important that we maintain and enhance this facility to provide the best possible experience here in Erie County. These renovations do that, and I thank our Department of Public Works and our contractors for getting the project done on such a short timeline.”

Kaler said, “The improvements being made in the Buffalo Niagara Convention Center by Erie County will ensure that the meetings, conventions and events industry be positioned for a strong recovery. The county’s leadership has taken the constructive feedback from the center’s customers and put the recourses into capital projects to retain current and generate new business.” 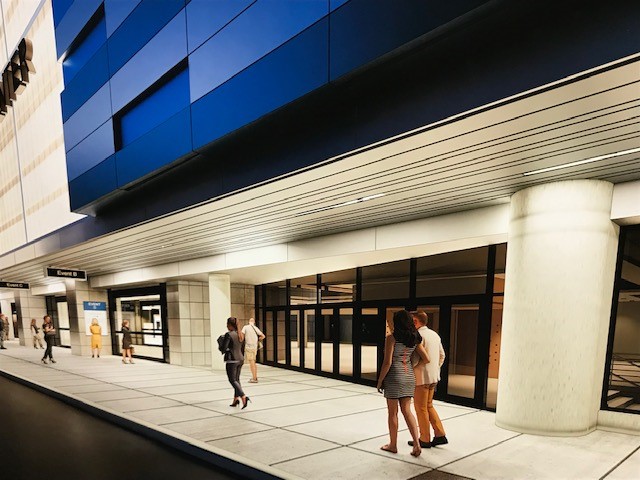 The Buffalo Niagara Convention Center was completed in 1978. The main lobby, bar lounge and corridors were upgraded in phases in 1995 and 2001-03. In this round of renovations, the main lobby space (including the bar area and stair enclosures) was given a modern look with the installation of new terrazzo flooring in a two-tone pattern, wall paneling and veneer upgrades to the stair and bar walls, new built-in backlighting within the paneling facing the main lobby space, upgraded stairs leading to the corridors on either side of the lobby, more functional and aesthetically pleasing railings, and new power/data floor boxes to accommodate the variety of events and functions that take place in the lobby.

Façade and entryway work on the building is projected to begin in February 2022 and be completed by December. The Convention Center’s exterior will be given a fresh look along Franklin Street with a new combined steel and over-cladding veneer with color-controlled back lighting behind white polycarbonate panels, improved lighting above the sidewalk for nighttime events, and reconfigured door entries for better flow of pedestrian traffic as well as more obvious entry and exit locations for given events. This phase of renovations will also include enhanced wayfinding to assist eventgoers along, and a rebranding of the center with removal of the existing marquee and repairs to the remaining façade, including whole-building power washing, concrete panel repairs and joint recaulking and repointing.

Both the completed lobby project and the upcoming façade/entryway work are funded through the county’s capital projects fund and the RENEW Plan. The façade project will be happening in conjunction with the nearby Statler Hotel revitalization performed by Douglas Jemal and the Franklin Street Betterment/Improvement Project performed by the City of Buffalo. 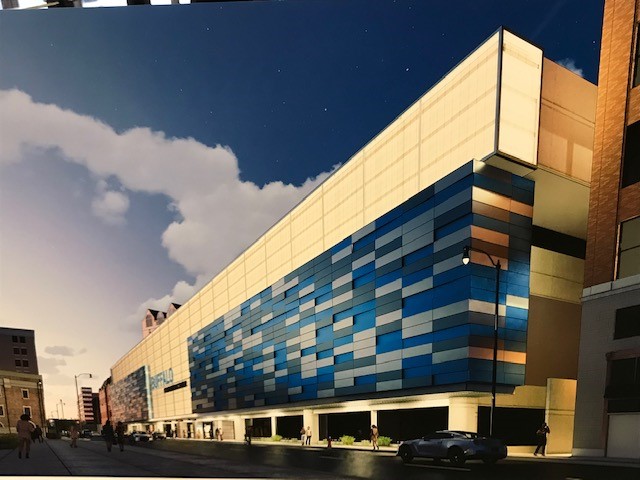