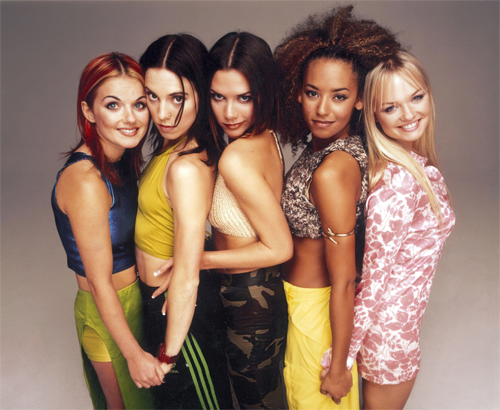 Global pop and style icons the Spice Girls – the biggest selling girl-group in history – and Universal Music Group (UMG), a world-leader in music-based entertainment, on Wednesday announced a new exclusive worldwide partnership through UMG’s Bravado division, a leading provider of consumer, lifestyle and branding services to recording artists and entertainment brands around the world.

The expansive multiyear deal will see Bravado represent for the band across merchandising, direct-to-consumer products and campaigns, touring, brand and retail licensing and distribution, ahead of the 25th anniversary of the group’s revolutionary debut album “Spice” this month.

A press release stated, “Having exploded into the global consciousness together in 1996, the Spice Girls created an internationally recognized movement and brand, characterized by a unique blend of style and strength that is as popular, reverential and empowering today as ever before, having inspired and influenced multiple generations of fans, musicians and peers alike to be emboldened with girl and people power!”

The deal marks the first time in two decades that licensing rights across all channels have been assigned to a partner and, together, The Spice Girls and Bravado will work hand-in-hand to deliver new products and capsule collections to retail partners around the world, to satisfy their millions of fans globally.

“We are so excited to be working with Bravado again, especially in this our 25th anniversary year and are looking forward to collaborating with the team,” The Spice Girls said.

Richelle Parham, president of global e-commerce and business development for UMG, said, “We are thrilled to partner with The Spice Girls to create new and exciting product lines and to expand the bands connection directly with their loyal superfans. We will also engage with our global retail partners to bring their iconic brand, style and empowering message to fans and stores internationally. Bravado will work closely with UMG operations around the world on the launch of ‘Spice 25’ and beyond, to expand their legacy and cultural impact for years to come.”

Rachel Redfearn, VP of A&R and brand management for Bravado, said, “The Spice Girls’ impact on popular culture cannot be over-estimated. They stand for positivity, inclusion, bravery and diversity. All delivered in a bold, fun and energetic package. This message is as relevant today as it was in 1996 … maybe more so. Bravado’s alliance with this most iconic of bands will allow both existing and new fans the long-awaited opportunity to be a part of the legacy. The breadth of rights granted for the first time in two decades gives us the vehicle to truly celebrate their legendary status.”

Here’s The Story From A-Z

After their iconic 1996 debut single “Wannabe” topped the charts in 37 countries, The Spice Girls’ debut album, “Spice,” went on to sell more than 31 million copies worldwide, becoming the best-selling album of all time by a female group. The girls have gone on to sell more than 90 million records around the globe, releasing three studio albums and 11 singles and winning a host of awards, including a BRIT Award for Outstanding Contribution to British Music.

The Spice Girls and Universal Music Group are releasing an expanded anniversary “Spice 25” album, featuring previously unreleased songs, demos and mixes, on Oct. 29, almost exactly 25 years after the release of their debut album on Nov. 4, 1996, on Virgin Records.