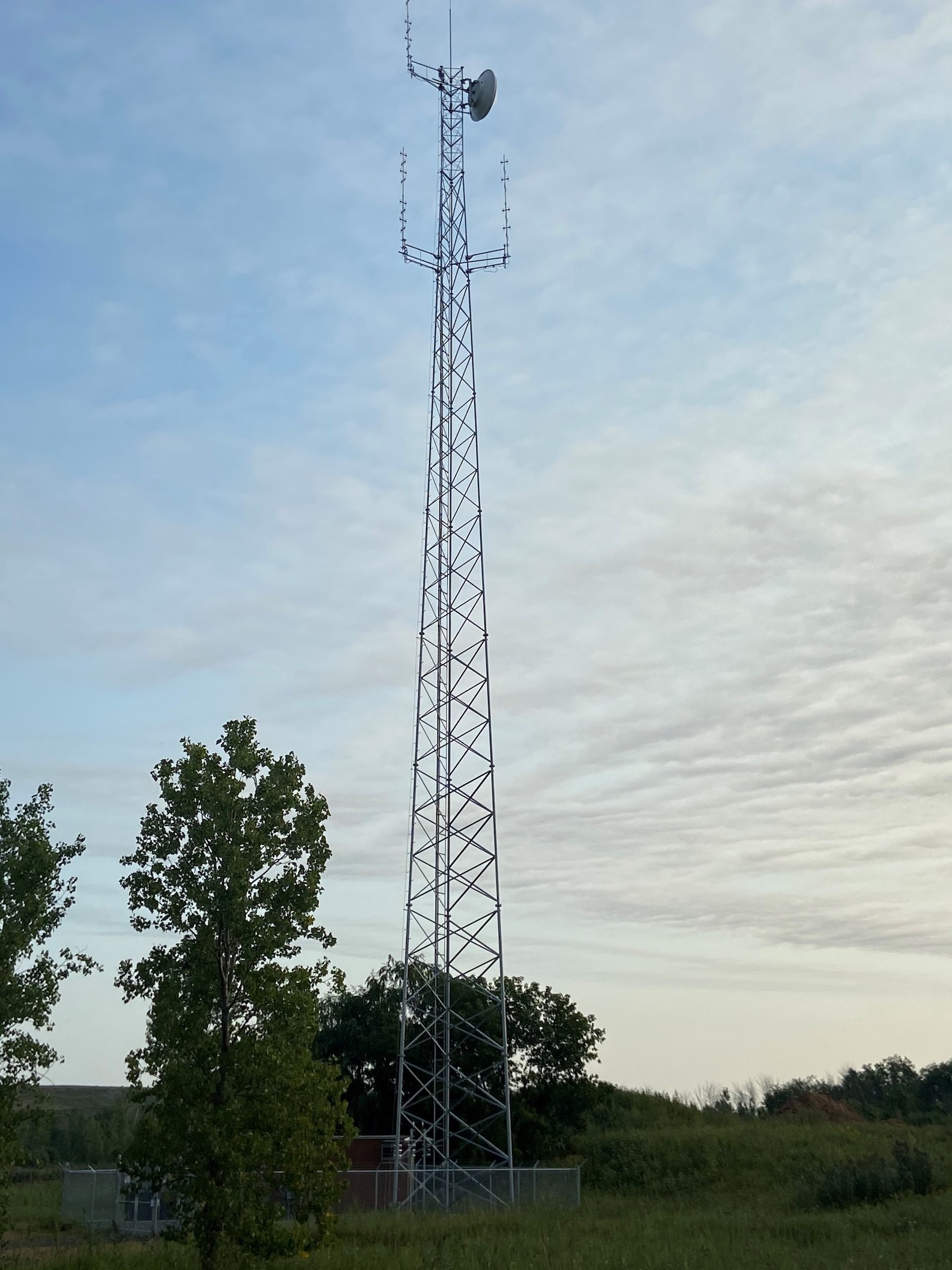 The radio tower, located behind the Town of Lewiston Highway Garage and constructed earlier this year, is the first step in a multisite expansion project that is designed to enhance emergency communications throughout Niagara County. The radio system is utilized by police, fire, EMS and other government agencies in Niagara County and is said to be “vital to all first responders in WNY.”

A Niagara County Sheriff’s Office press release said this site was selected to enhance coverage areas for the digital radio system. The tower was constructed using funds received from the New York State Department of Homeland Security Statewide Interoperable Communications Grants, which have been awarded to the county for this purpose.

The property where the tower is located is owned by the Town of Lewiston and leased to Niagara County for the tower.

NCSO said, “This partnership between the Town of Lewiston and Niagara County was demonstrated many times during the planning and construction of the tower site, including assisting with material from Modern Disposal for the foundation of the tower driveway, equipment usage during construction, and other construction support as the project progressed.

Filicetti said, “I am so pleased to be able to continuously improve the technology offered by our digital radio system. The enhancements being made to the network will bolster coverage capabilities and will ensure the safety of Niagara County’s first-responders.”

He added, “I would like to thank Chief Deputy Patrick Weidel for his continued commitment toward this multi-phase radio network enhancement. Chief Weidel has been integral in obtaining grant funding and managing all aspects of this project.”

Lewiston Police Chief Frank Previte said, "This much-needed addition demonstrated the commitment to officer and first-responder safety as well as highlighting the partnership between municipalities to make it happen."

The work on the radio system expansion will continue in the near future as an additional site in the Town of Niagara is expected to go live in the next few months, with three additional sites – in the town of Wilson, Wheatfield and Somerset – also being prepared for construction before the end of 2021.