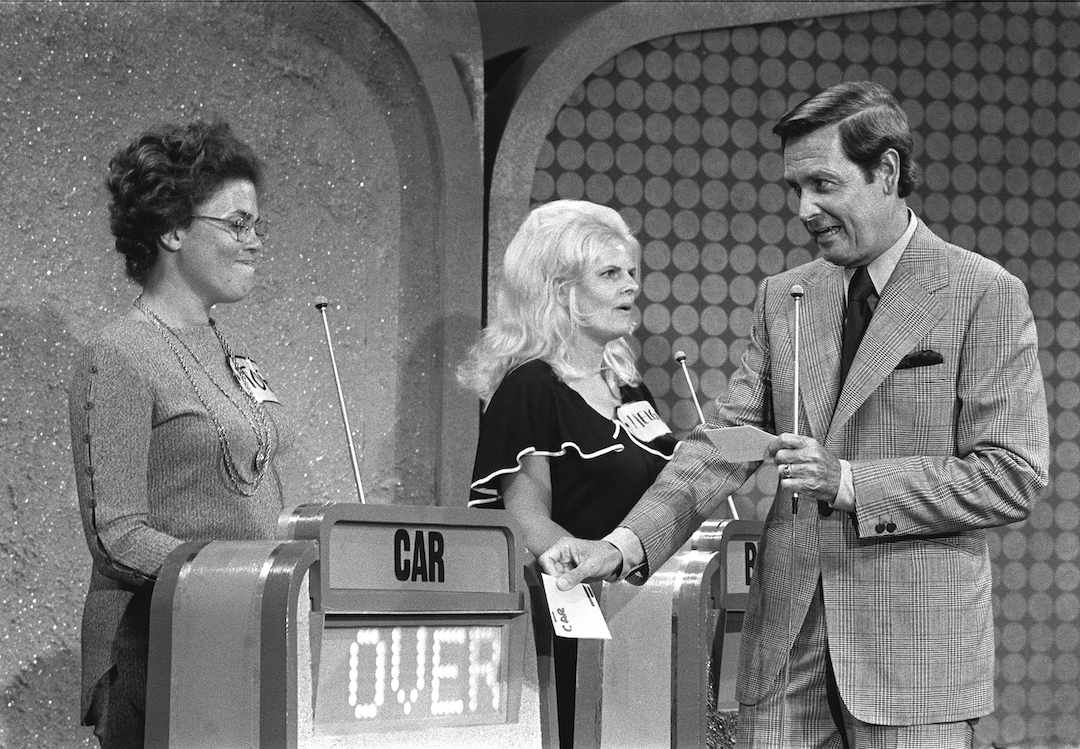 Daytime Emmy Award-winning "The Price Is Right," network television's No. 1-rated daytime series and the longest-running game show in television history, celebrates its milestone 50th season with a weeklong event, beginning Monday, Sept. 13, on the CBS Television Network. In addition, a special primetime celebration of "The Price Is Right," commemorating the historic milestone, will feature a look back at the biggest winners and a salute to Bob Barker, who is pictured. (Photo ©2002 CBS Worldwide Inc. All rights reserved. Credit: CBS Photo Archive.)

√ Watch: Fans can submit videos with what ‘The Price Is Right’ means to them for a chance to see themselves on the show

Daytime Emmy Award-winning “The Price Is Right,” network television’s No. 1-rated daytime series and the longest-running game show in television history, celebrates its milestone 50th season with a weeklong event featuring a game each day where contestants can win up to $1 million, beginning Monday, Sept. 13 (11 a.m. ET) on the CBS Television Network.

In addition, a special primetime celebration of “The Price Is Right” commemorating the historic milestone will feature a look back at the biggest winners, never-before-seen outtakes, and a salute to Bob Barker. Plus, contestants will come on down to play iconic pricing games for extravagant luxury cars and big cash prizes, Thursday, Sept. 30 (9-11 P.M., ET/PT) on the CBS Television Network.

This season, the show will welcome fans back to the studio audience for a chance to hear the famed words “come on down!” The episodes will also be available to stream live and on demand on the CBS app and Paramount+.

“First, I want to say congratulations and thank you to all the wonderful people responsible, past and present, on the 50th season of ‘The Price is Right,’ ” said Bob Barker, legendary former host of “The Price Is Right.” “The show has the most enthusiastic and fun audience that one could ever ask for. They truly were and are the heart and soul of the show. I had the pleasure of working with a dedicated and talented cast and crew for 35 great years. Particularly close to my heart was the ability our vast popularity gave me to remind our entire audience daily about the importance of spaying and neutering your pets. It was an incredibly memorable ride! Once again, congratulations to ‘The Price is Right’ on 50 historic years! Here’s to 50 more!”

“The Price Is Right” premiered Sept. 4, 1972, with famed host Barker. Since then, there have been 108 pricing games played over the course of the show’s history, and the daytime premiere week will honor the lasting legacy with two new games, including a special limited-edition game that will only be played throughout the 50th season, complete with a retro ’70s look, “Back to ’72.” In the game, contestants’ pricing skills will be tested on actual items that appeared on the show during the early years of its run on CBS.

Drew Carey was named the host of the show in July of 2007.

“Hosting ‘The Price Is Right’ has been a dream job for me,” he said. “And I can’t even call it a job with a straight face because I get such joy out of it. Imagine spending every workday surrounded by happy, positive strangers. It’s been amazing. I really never thought my safe space would be on a sound stage, wearing a mic, cameras on me constantly, and with millions of people watching. But that’s what ‘The Price Is Right’ is for me. I love it.”

“The Price Is Right” fun facts:

•More than 2,000,000 audience members have been to the Bob Barker Studio at Television City in Los Angeles to see a taping in person.

•The first pricing game to ever be played was “Any Number.” It offered a Chevrolet Vega worth $2,746, which became the first car ever given away on the show.

•Number of kids who have stayed home from school to watch the show: too many to count!

Are you a huge fan of the “The Price Is Right”? Does the show hold special meaning for you? Fans are invited to submit videos of what “The Price Is Right” means to them for a chance to see themselves on TV. More info here. Videos can be submitted to [email protected].

“The Price Is Right,” network television’s top-rated daytime series and the longest-running game show in television history, is produced by Fremantle.