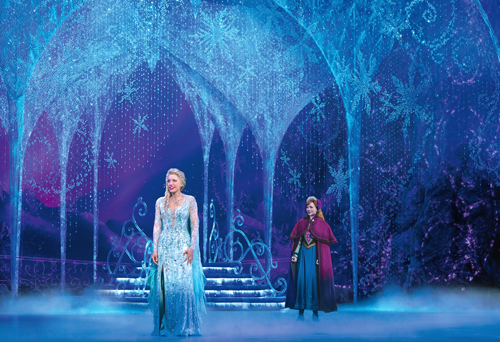 The North American tour company of “Frozen,” the Disney Theatrical Productions’ smash hit, reunited in Buffalo on Monday and resumed rehearsals for the first time since the COVID-19 shutdown.

“Frozen” will be a joint production of Disney Theatrical Productions under the leadership of Thomas Schumacher and Shea’s Buffalo Theater. The production will relaunch its national tour with a two-week run in Buffalo starting Friday, Sept. 10, and running through Friday, Sept. 24.

Show stars are Caroline Bowman as “Elsa” and Caroline Innerbichler as “Anna,” the sisters at the heart of the musical. Other principal cast members are Austin Colby as “Hans,” F. Michael Haynie as “Olaf,” Mason Reeves as “Kristoff,” Buffalo resident Robert Creighton as “Weselton,” Colin Baja and Evan Strand alternating as “Sven,” as well as Natalia Artigas as “Young Elsa,” Olivia Jones as ”Young Anna” and real-life sisters Natalie Grace Chan as “Young Elsa” and Victoria Hope Chan as “Young Anna.”

Tickets are now on sale at Shea’s Buffalo box office and Ticketmaster and online at www.sheas.org.

A press release noted, “Shea’s will follow the safety protocols from the CDC, New York state and Erie County, which are in effect at the time the performance.”