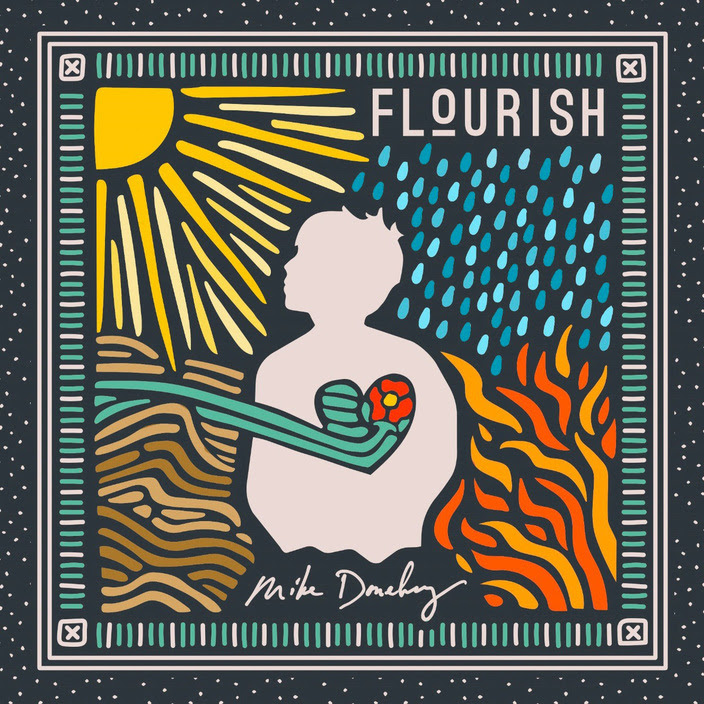 Mike Donehey, a songwriter, performing artist, author and podcaster – to name just a few titles – is set to release his first solo album. Titled “Flourish,” the project will drop Aug. 27 with Fair Trade Services and is available for preorder now.

Encouragement. Radical vulnerability. Acknowledgment. Acceptance. Mourning. Honesty. These are just a handful of the topics Donehey tackles in his upcoming collection of 11 songs birthed out of his struggle to learn what it takes to truly flourish in any and every circumstance.

When the world was impacted by the pandemic, Donehey, like so many others, found himself struggling. Tenth Avenue North, the band he founded and led for so many years, was amicably disbanding and planning a farewell tour when everything stopped. With the tour canceled and the band officially over, Donehey found himself lost, not only about what his next steps were going to be but was feeling like – in his own words – a dried-out sponge.

As months went on, he realized he needed to mourn these drastic life changes as well as the unknown. The more he began to open up and let himself feel sadness and the sting of the pain, "the more joy came flooding in on the other side," he explained. Songs began pouring out and an album was quickly penned.

Writing during the pandemic became the anthem he needed to sing for himself, and, as the title song explains, he directs to Psalm 126 that in Christ he has what he needs to truly flourish.

"If you want more joy, allow sadness," Donehey said. "Grieve to get where you need to go because the more you shrink your sadness, you're numbing the pain of hope. ‘Flourish’ isn’t an album of naivete, it’s acknowledging that I was in a desert to appreciate the streams running through it."

With "Glory I Couldn't See," produced by We The Kingdom’s Andrew Bergthold, Donehey admits to missing life's joyful moments by instead feeling like a victim, eventually discovering that no matter the circumstances beauty is right in front of us. "Something That I Can't Explain," co-written and produced by Micah Kuiper (TobyMac, Newsboys, Hawk Nelson), "is a worship song for the deconstructionist," while "Unity Hymn," which closes out the album, was written with his sister Kanene Donehey Pipkin (of The Lone Bellow). "Unity Hymn," which they penned in a quick 15 minutes, was produced by former bandmate Jeff Owen, is an important reminder about forgiveness and loving one another.

All in all, the unexpected has a way of disrupting our lives in ways we might not have ever chosen. For Donehey, learning to embrace the unexpected has been the very thing that continually brings forth encouraging and soul-healing music.

Donehey is a recording artist, songwriter, speaker, podcast and video show host, author (of the bestselling book “Finding God's Life for My Will”), and founding member of the band Tenth Avenue North. He has seen his fair share of the unexpected. Following a potentially fatal car crash as a teen, Donehey learned to play the guitar while still in bed recovering from his injuries. Learning the guitar gave birth to songwriting, which led to the formation of Tenth Avenue North.

One of the most loved and successful artists in Christian music, TAN’s music includes "Love Is Here," "By Your Side," "You Are More," "Losing,” “Worn," "I Have This Hope," and the multi-week no. 1 smash "Control (Somehow You Want Me)." Despite the group's widespread popularity, Tenth Avenue North's members sensed at the beginning of 2020 that they each had their own unique roads to follow. Donehey seized this opportunity to expand as a storyteller, communicator, and thought instigator wherever his voice could be heard.

In addition to the 2021 release of “Flourish,” his first solo album, Donehey is also preparing for his second book and can be heard weekly on his podcast, “Chasing the Beauty” – and soon as the host of the video show “Next Chapter” on K-LOVE On-Demand discussing the latest in book releases. He is signed to Fair Trade Services.

Find out more by visiting MikeDonehey.com.