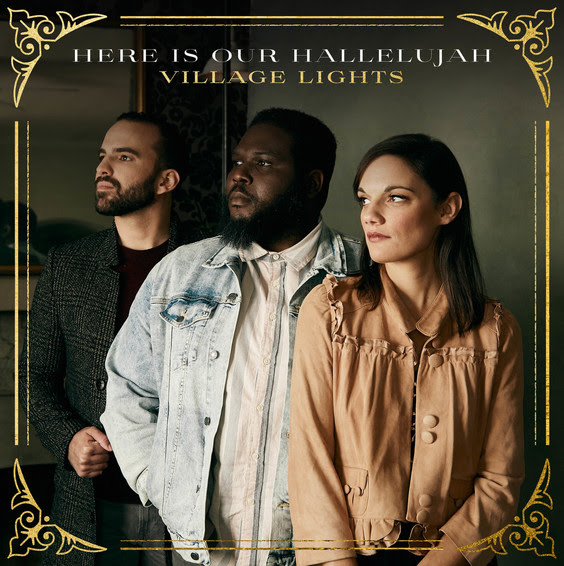 The multicultural worship collective, Village Lights, has recently released a new song, “Here Is Our Hallelujah,” (available here) from its upcoming debut album.

Village Lights is comprised of Sarah Kroger, Ike Ndolo and Ricky Vazquez and are based out of Nashville and Arizona. The song is said to be “a worshipful symphony growing from beautiful simplicity to a full-fledged anthem, including choirs and a communal pattern of echoing the praises being sung. The central message displayed in the song's title truly reflects a collective ‘hallelujah,’ meaning ‘praise the Lord.’ "

“Music is always best when made in a community," shares multiple Grammy Award-nominated worship leader Matt Maher, producer for the Village Lights' album and serves as mentor to the group. "This requires such a level of trust. Every great artist knows this fundamental truth. Art is something best shared. I love this group and their willingness to include so many in their journey of creativity and am honored to help them as a producer bring this treatment of the end of the liturgical year into a collective work of song for the Church and for the pilgrimage of the believer.”

Earlier this year, the band released its debut self-titled EP, which introduced Village Lights’ heartbeat: one of unity, inclusivity and reconciliation wrapped in worshipful devotion – “seeing themselves as more than band members, but rather a movement for those who seek justice in our world and Church.”

Village Lights was birthed from the relationship of three independent artists who often found themselves leading worship together at youth conferences, and discovering a shared desire to create more modern worship music for more liturgical church spaces. Recording and releasing their first project during the challenging circumstances of 2020-21 brought a new sense of the crucial importance of community for the band, and members said they are now readier than ever to let the light of Christ shine through their music.

A press release stated, “Village Lights are set to release a debut full-length album in November. Diving into the theme of ‘Christ the King’ as a nod to the liturgical feast day of the same name in the church calendar, the collective has been on a journey of unpacking the rich universe around Christ’s humble kingship. This new project promises to offer poignant lyrics, exploratory sonorities blending the band’s multiethnicity and fresh poetic approaches to liturgical worship. New songs will be released through the next few months leading up to the full-length debut.”

Last month the group filmed a music video for "Here Is Our Hallelujah" in the Sedona area. It said the visuals for this record should match the theme that inspired it – Christ the King – “the one who created the universe and is king of us all. Village Lights hope that the majestic images coupled with the words and melodies of their songs add to listeners' experience worshipping the king.”