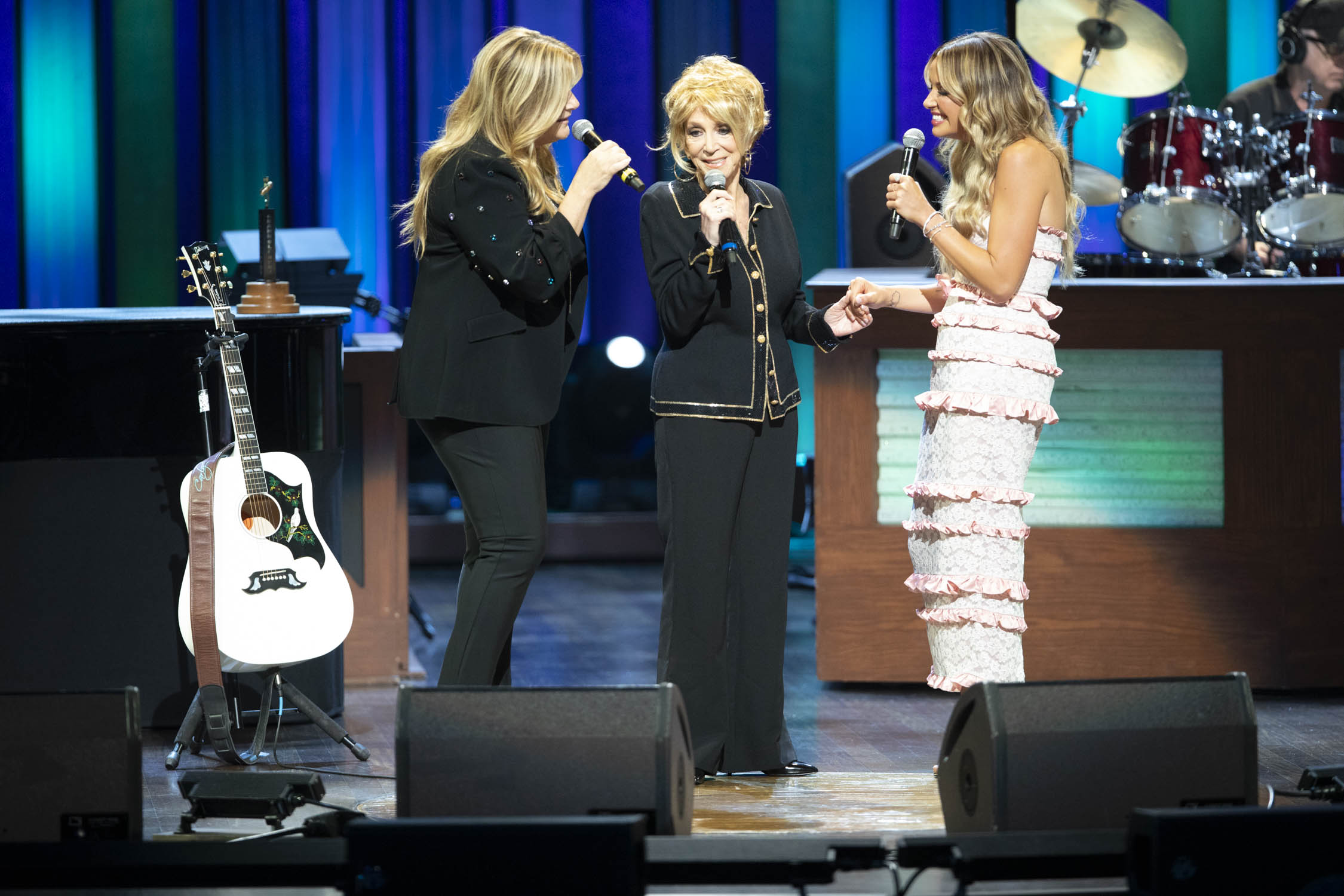 CMA and double ACM award-winner Carly Pearce was recently inducted as the newest member of the Grand Ole Opry by Opry member Trisha Yearwood. The show will air on Circle Television on Saturday, Aug. 14.

During the show, Pearce  was introduced on stage by Opry member Jeannie Seely who shared, “Carly has all the obvious wonderful traits, but she has that one extra thing: determination. She has the sincerest dedication and strongest work ethic of anyone I’ve ever known in my life. And she never strayed from her path of wanting to be a member of the Opry.”

Pearce  then performed “I Hope You’re Happy Now,” followed by a duet with Yearwood on “How Do I Live.”

Trisha then had the honors, her first-time ever, to induct Pearce: “This is a very special place, and when you are invited it’s an invitation to the family. So, with much pride and joy, Carly you are now an official member of the Grand Ole Opry.”

After composing herself for a moment, Pearce said, “What makes this family something special to be a part of is you can have hit records and sell out shows, but all of that can fade and this is something I will have forever. It’s a stage to sing on, a circle to stand in and a forever family. This is super special to me. All I ever wanted to do was sing country music. This isn’t another accolade or feather in my cap but a promise that I will do my due diligence to make sure the circle is never broken.”

Pearce then performed “Dear Miss Loretta,” an acknowledgement she wrote to one of her profound influences and debuted on the Opry stage. Expressing a true understanding versus a deep appreciation for Lynn’s pain and life in song, she enlisted fellow Kentuckian Patty Loveless for a doleful pairing that spans three generations and will be featured on her upcoming album, “29: Written in Stone” (preorder HERE). If the original EP was created in the spur of a whirlwind moment, the full-blown album out Sept. 17 via Big Machine Records is a measured consideration of real life on the brink of adulthood. These 15 songs – the original seven, plus eight more – trace the arc of realizing, accepting and moving on wiser for the experience with straightforward emotions and classic sounds that have rapidly defined one of the genre’s most important voices.

Pearce, who has performed on the Opry more than 85 times, was completely astounded when Opry member Dolly Parton extended the membership invitation in June. Led to believe she was filming a promotional video for Dollywood, where Pearce performed as a teenager, Parton interrupted the taping to deliver the good news. Watch it HERE.

Fiercely rooted in the classics, the girl who left her Kentucky home and high school at 16 to pursue her childhood dream has grown into a woman who embraces the genre’s forward progression and is confident in what she wants to say. She arrived with the Platinum-certified No. 1 “Every Little Thing” as “I Hope You’re Happy Now” followed the same trajectory while Gold-certified “Next Girl” climbs into Top 15.

Opry presents the best in country music live every week from Nashville. The Opry can be heard at opry.com and wsmonline.com, Opry and WSM mobile apps, SiriusXM, and its flagship home, 650 AM-WSM, with Saturday night shows seen on the Circle Network. The Grand Ole Opry is owned by Ryman Hospitality Properties. For more information, visit opry.com.