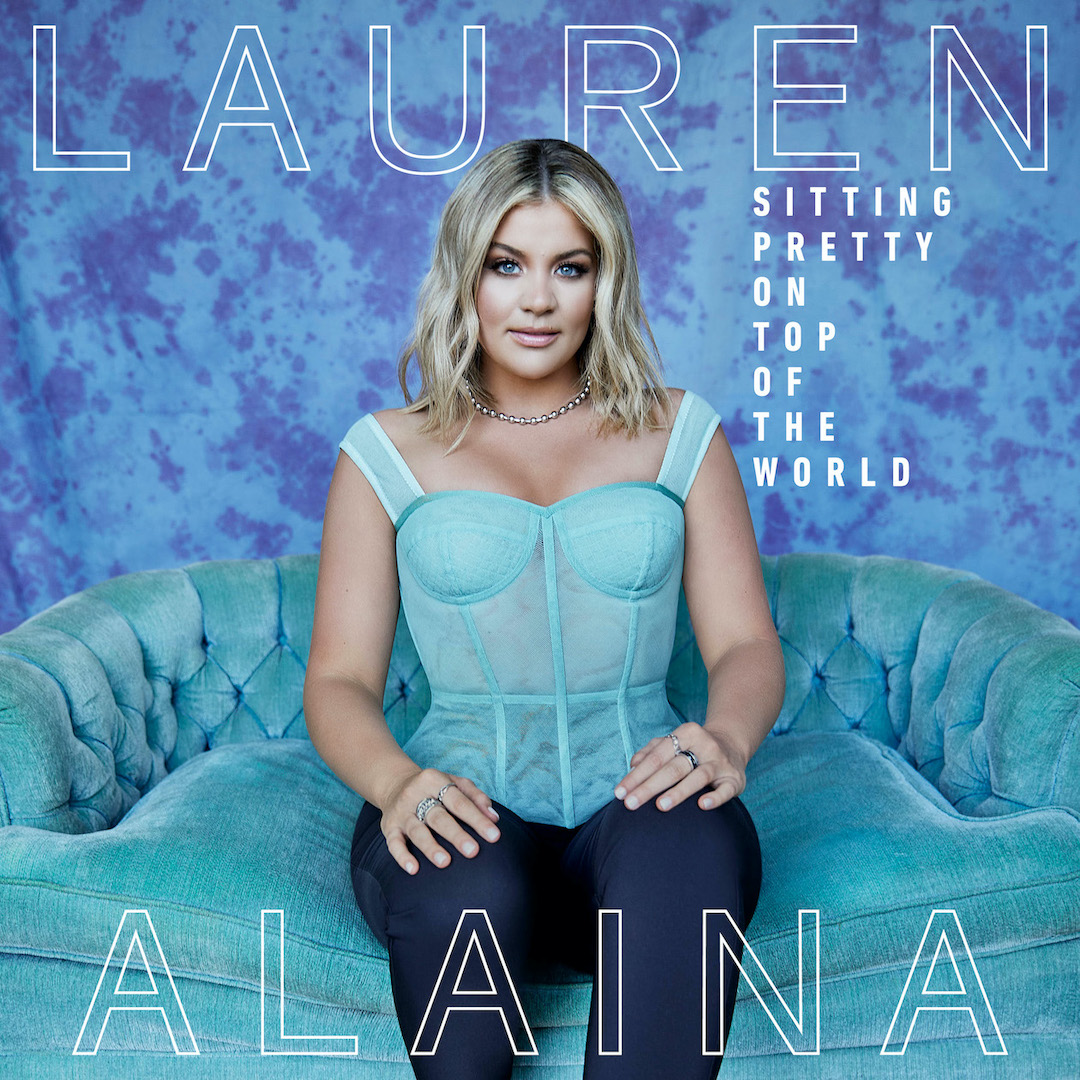 Lauren Alaina is 'Sitting Pretty On Top of the World'

New album set for Sept. 3, now available for preorder
√ New song, ‘It Was Me,’ out now

Multi-Platinum-selling singer-songwriter Lauren Alaina will release her new and most personal and soul-shifting album, “Sitting Pretty On Top of the World,” on Friday, Sept. 3. Her third full-length album for Mercury Records Nashville follows on the heels of two critically acclaimed career-changing EPs released in 2020, “Getting Good” and “Getting Over Him.”

“Sitting Pretty On Top of the World” is available for preorder at all digital retailers or by clicking HERE. Those who preorder the album will instantly get a download of the album’s lead off song, “It Was Me.” The song is available now on all DSPs and for digital download HERE.

Alongside award-winning songwriters Liz Rose, Lori McKenna, Hillary Lindsey, Emily Weisband, David Garcia and Ben Johnson, Alaina co-wrote 14 of the 15 songs on “Sitting Pretty On Top of the World,” including her current single, “Getting Over Him,” featuring Jon Pardi, which is currently climbing the country charts.

Alaina described how personal this album is: “It’s about a dreamer becoming an achiever. It’s being broken and ending up healed. It’s all of me. The early chapters. The new beginnings. The hope for the future and total appreciation for the past. Taking ‘the road less traveled’ and ending up ‘Sitting Pretty On Top of the World.’ ”

In addition to the 12 brand-new songs included on “Sitting Pretty On Top of the World,” Alaina included the two duets she recorded for her “Getting Over Him” EP: “What Do You Think Of?” featuring international pop sensation Lukas Graham, and “Getting Over Him” featuring Pardi. Additionally, the Georgia native also reached out to her friend/mentor Trisha Yearwood to remix the just recently Gold-certified “Getting Good” from her “Getting Good EP.”

In more Alaina news, she will star in an upcoming episode of CBS Television’s “Secret Celebrity Renovation.” She will join Florida Georgia Line’s “I Love My Country Tour” in September and will star in a Hallmark Channel movie “Roadhouse Romance” premiering on Sept. 11. On Nov. 2, her book, “Getting Good At Being You,” will be released. The book is available for presale wherever books are sold.

The singer, author and actor has shared the stage with superstars including Alan Jackson, Blake Shelton, Carrie Underwood, Luke Bryan, Martina McBride and Jason Aldean, and sold out her own, first-ever headlining, “That Girl Was Me Tour.” Alaina has received multiple nominations for ACM Awards, CMA Awards, CMT Music Awards, Teen Choice Awards, Radio Disney Awards and Billboard Music Awards. Awards include 2017 ACM New Female Vocalist of the Year, CMT Breakthrough Video of the Year for her “Road Less Traveled,” and CMT Collaborative Video of the Year for “What Ifs.”