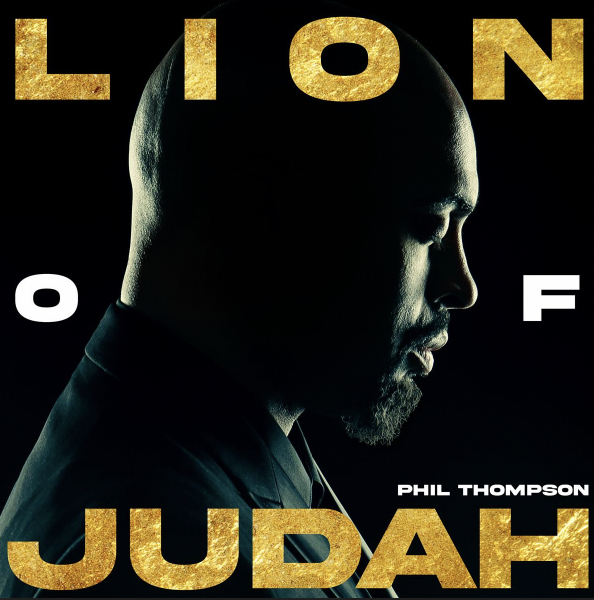 Celebrates album release with shows in Raleigh and Boston

Today's the day: Phil Thompson's album, “Lion of Judah,” an 11-song project with Integrity Music, is out now. Also releasing today is his music video for the track "Redeeming the Years," which can be viewed here or below.

It was in 2017 when Thompson stepped forward from behind the songwriting pen and committed to one goal: worship. Since then, the gospel and worship artist has crisscrossed the globe worshipping throughout Ghana, Nigeria, the U.K., the Netherlands, Canada, the Caribbean Islands, and the U.S. With the songs found on “Lion Of Judah,” he is still sharing the same heart of passionate devotion with the world.

A press release stated, “Writing these songs on the hope and faith rising out of the ashes of the past year, ‘Lion Of Judah’ is his response to the anxiety and troubles that we all face and reminding the body of Christ of the solid hope found in Jesus.”

The artist said, "These are songs I wrote during the pandemic, which was a stressful time for us all. From standing on his promises when we’re full of fear to surrendering and welcoming newness and freshness ... from sinking in anxiety to overcoming and boldly proclaiming who we are, it felt like everything burned to the ground but, now, the ground is more fertile than it’s ever been."

To celebrate the album's release, Thompson will hold two album release concerts – the first this Sunday in Durham, North Carolina, followed by a show in Boston the following week on Sunday, Aug. 1. Tickets can be found at LionOfJudahLive.com.

"The mandate is clear. I feel the Lord’s call on my life to lead people into his presence – to lead them to worship," Thompson said.

Standing before diverse bodies of around the world, his sincerity possesses the uncanny ability to reach people just where they are while leading them to the throne of grace.

It was in 2017 when the world immediately took notice of his authentic heart as the live session video for “My Worship” garnered over 1 million views within just two months. Just over a year later, it had more than 12 million views. The full project was released spring 2018 and reached No. 1 on Billboard charts, garnering both GMA Dove Award and Stellar Award nominations. Within the year, Thompson crisscrossed the globe.

As he prepped his sophomore season of songs and once again transcended world borders, Thompson “desired nothing more than to remind believers far and wide that God’s grace is boundless, and his Love is ever-present.”

Visit PhilThompsonWorship.com to find out more.