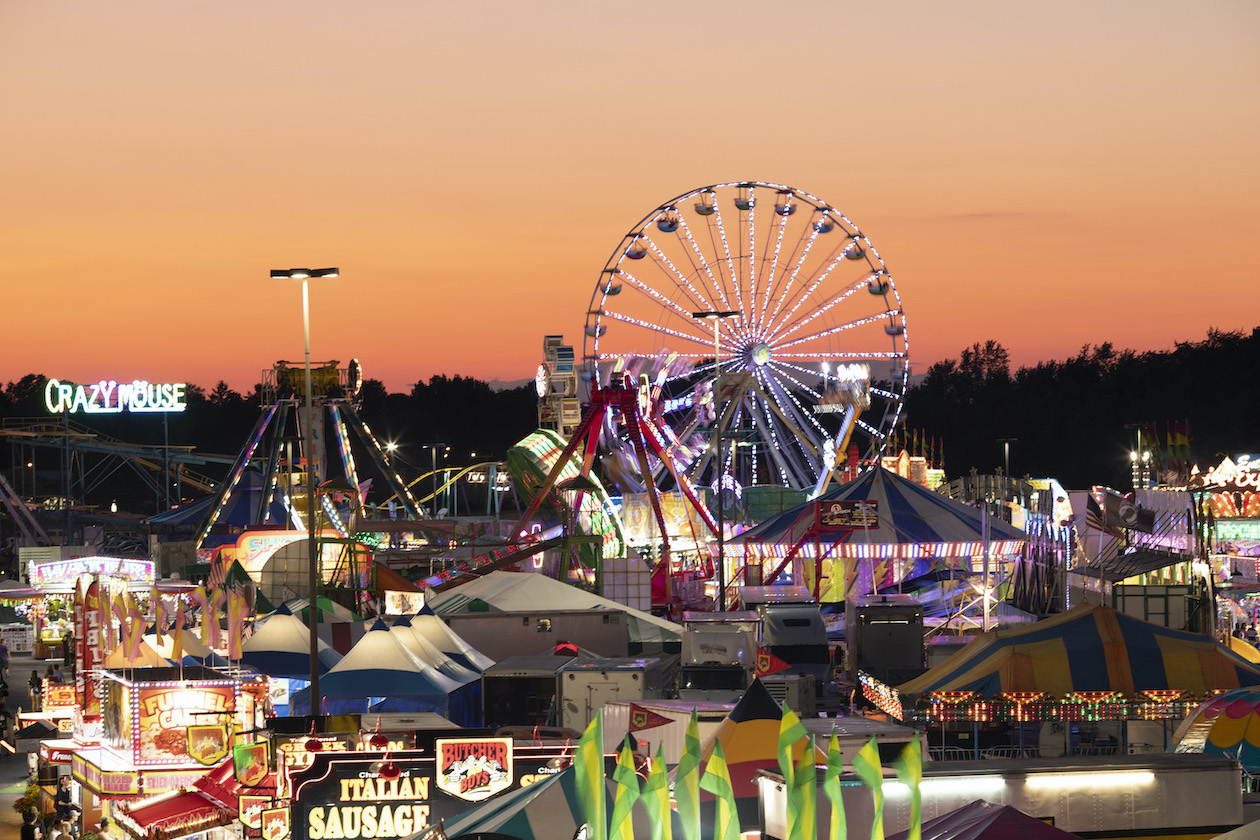 (Photo by Tom Wolf Imaging/courtesy of the Erie County Fair)

A press release stated, “For generations, the annual arrival of the James E. Strates Shows train has been a highly anticipated event for fairgoers and enthusiasts of Americana. This past year’s pandemic has had a significant impact on many long-time family traditions – and the Strates Show arrival by train can be added to that list. In 2021, the rides and equipment coming to the Erie County Fair will be transported to the fairgrounds by trucks, not via train. Over the decades, the logistics involved in moving Strates Shows' employees and equipment has developed into a precise science and, by the time approval was received allowing the Erie County Fair to hold the fair, it was too late to coordinate train scheduling and routing.

The Strates Shows is a 94-year-old, family-owned business with headquarters in Orlando. Founded in 1923 by Greek immigrant James E. Strates as the Southern Tier Shows in Elmira, New York, the Strates Shows is considered one of America’s premiere providers of carnival midways. After the death of Strates in 1959, his only son, E. James Strates, took over as manager of the company and is still actively involved in its operation. Now in its ninth decade, the Strates Shows are led by the third-generation of Strates family members, including Susan, Jimmy, Sibyl, Jay and John. Nick Strates, who officially joined the show full-time during the 2015 season, is the fourth generation of the Strates family to continue the tradition.

Over the decades, the Strates Shows has brought many innovations to the carnival industry, including cooperative promotions, a centralized ticket system, advance ticket sales and, most recently, the FunCard electronic ticketing system that utilizes bar codes to control access to carnival rides on the midway.

The Erie County Agricultural Society is a private not-for-profit membership organization that sponsors the Erie County Fair. Established in 1819, it is the oldest civic organization in Western New York. ECAS’ mission is to preserve and enhance, by educational endeavors, the agricultural and historical legacy of New York. The County Fair strives to fulfill appropriate aspects of the agricultural, educational, entertainment and recreational needs of Western New York.