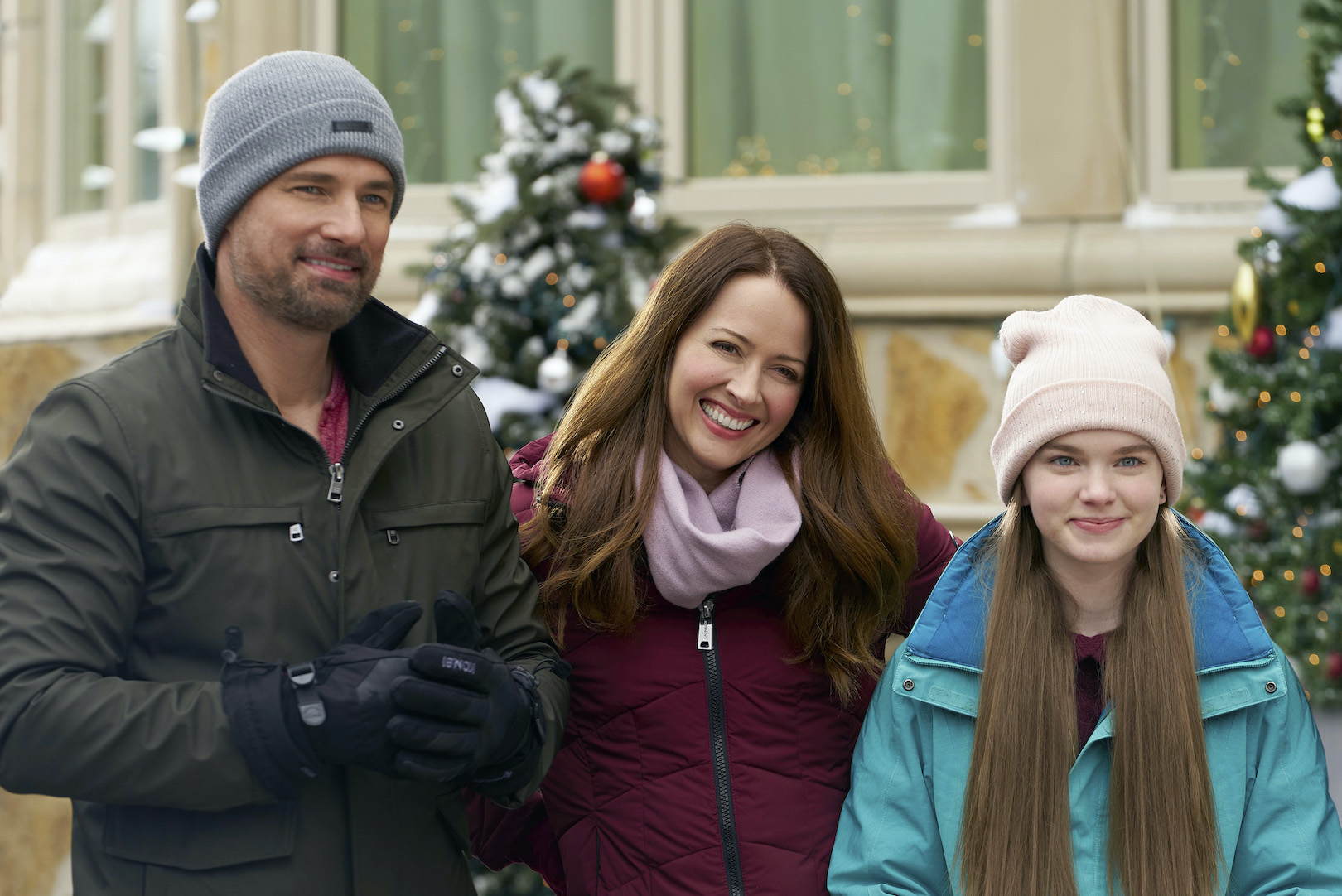 Maggie and Sam are crashing Christmas! When he proposes they team up against his sister's perfect Christmas to make a better one, neither is prepared for the blended family challenges that ensue. Warren Christie, Amy Acker and Summer Howell star in the Hallmark Channel's "Crashing Through the Snow." (©2021 Crown Media United States LLC photo by Steven Ackerman)

Hallmark Channel’s 2021 “Christmas in July” programming event kicked off last Friday, making the network the No. 1 most-watched during weekend total day among households and women 18-plus. The Saturday night original holiday movie premiere “Crashing Through the Snow” averaged 2.0 million total viewers becoming the No. 1 most-watched entertainment cable program of the week among households and women 18-plus.

√ “Crashing Through the Snow” averaged 1.7 million homes, 216,000 women 25-54, and 2.0 million total viewers, and reached 2.8 million unduplicated total viewers. The film propelled Hallmark Channel to become the most-watched entertainment cable network on Saturday and in weekend total day among households and women 18-plus.

√ “Crashing Through the Snow” was the No. 1 most-watched entertainment cable program of the week among households and women 18-plus.

√ Additionally, Hallmark Channel became the No. 2 most-watched entertainment network in total day for the week among households, women 18-plus, and total viewers.

Additionally, Hallmark Channel is the exclusive home to world premiere presentations of the acclaimed “Hallmark Hall of Fame” franchise. Dedicated to helping viewers celebrate life’s special moments, Hallmark Channel also offers annual holiday programming franchises including “Countdown to Christmas” and many other seasonal offerings. Rounding out the network’s slate are some of television’s most beloved comedies and series, including “The Golden Girls” and “Frasier.”