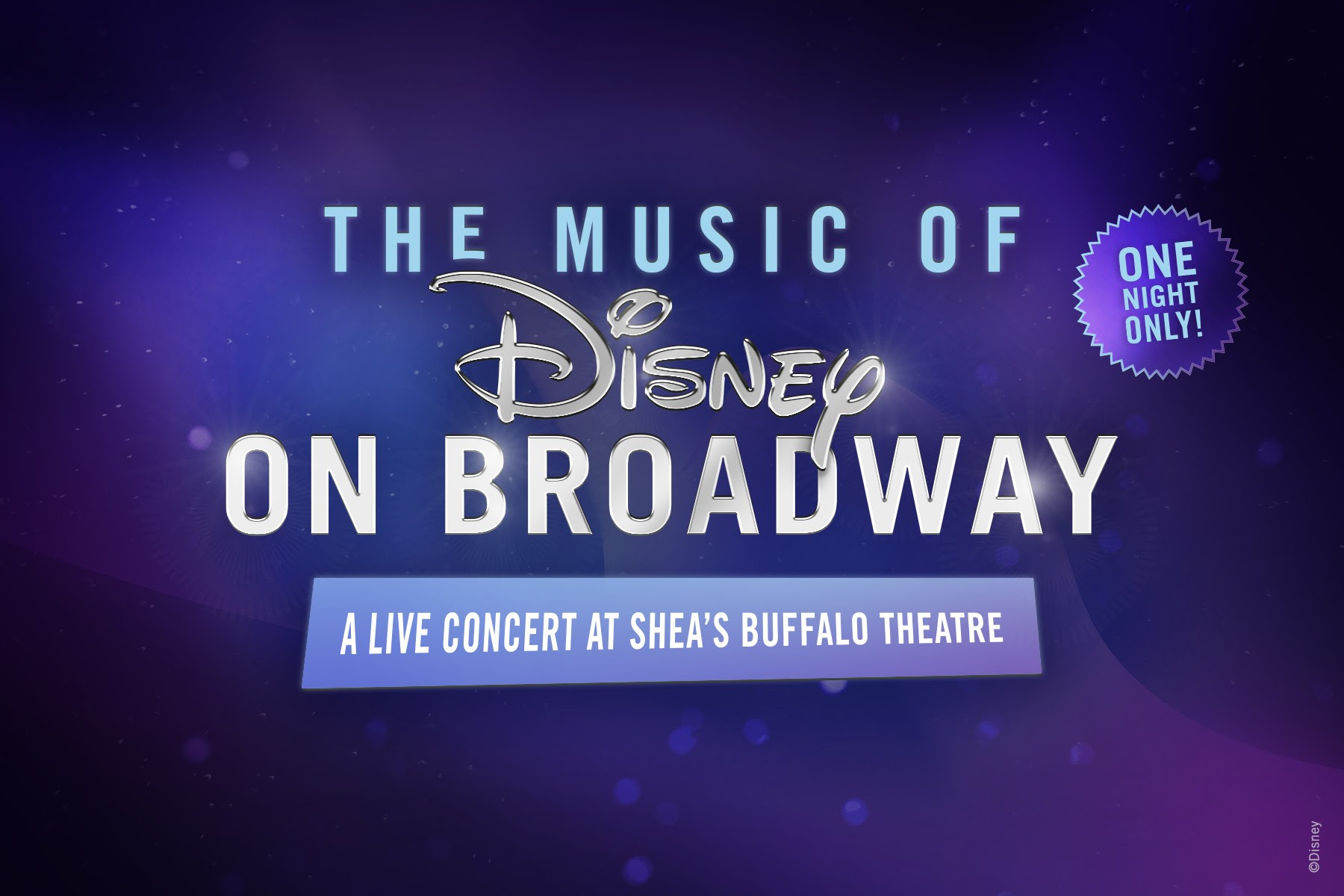 “The Music of Disney on Broadway: A Live Concert at Shea’s Buffalo Theatre,” celebrating the reopening of Shea’s Buffalo Theatre, will treat audiences to the most-beloved hit songs from Disney’s Broadway shows – including “Beauty and the Beast,” “A Whole New World,” “Circle of Life” and “Let it Go” – as performed by “Disney on Broadway” stars Ashley Brown (“Mary Poppins”), Michael James Scott (“Aladdin”), Kissy Simmons (“The Lion King”) and Josh Strickland (“Tarzan”). The concert plays one performance on Thursday, July 29 (7:30 p.m.), with a portion of the proceeds benefitting Shea’s Arts engagement and education programs.

“This one-night concert is a celebration of the return of live theater and being able to gather together for a wonderful shared experience. It is a momentous occasion for our city and will reinvigorate the energy of Buffalo’s theater district,” said Michael G. Murphy, president of Shea’s Performing Arts Center. “The connection between artist and the audience is more meaningful than ever. We are ready and excited to open our doors, raise the curtain, and welcome patrons back to Shea’s.”

Albert Noccolino, Shea’s Broadway presenting partner, said, “We are elated to welcome the ‘Disney on Broadway’ stars to the Queen City and celebrate the return of Broadway to Buffalo. With ‘Frozen’ launching and opening our Broadway season, we could not think of a better way to reopen Shea’s Buffalo Theatre than with the help of our friends at Disney Theatrical Productions.”

Proof of vaccination will not be required to attend the event; however, patrons who are not fully vaccinated are required to wear a mask.

Tickets ranging in price from $25 to $55 are available now through Shea’s box office and Ticketmaster. They can also be purchased on Shea’s website at www.sheas.org. Group tickets are available for groups of 10 or more. To learn more about group offerings, contact Mary Oshei at 716-829-1153.