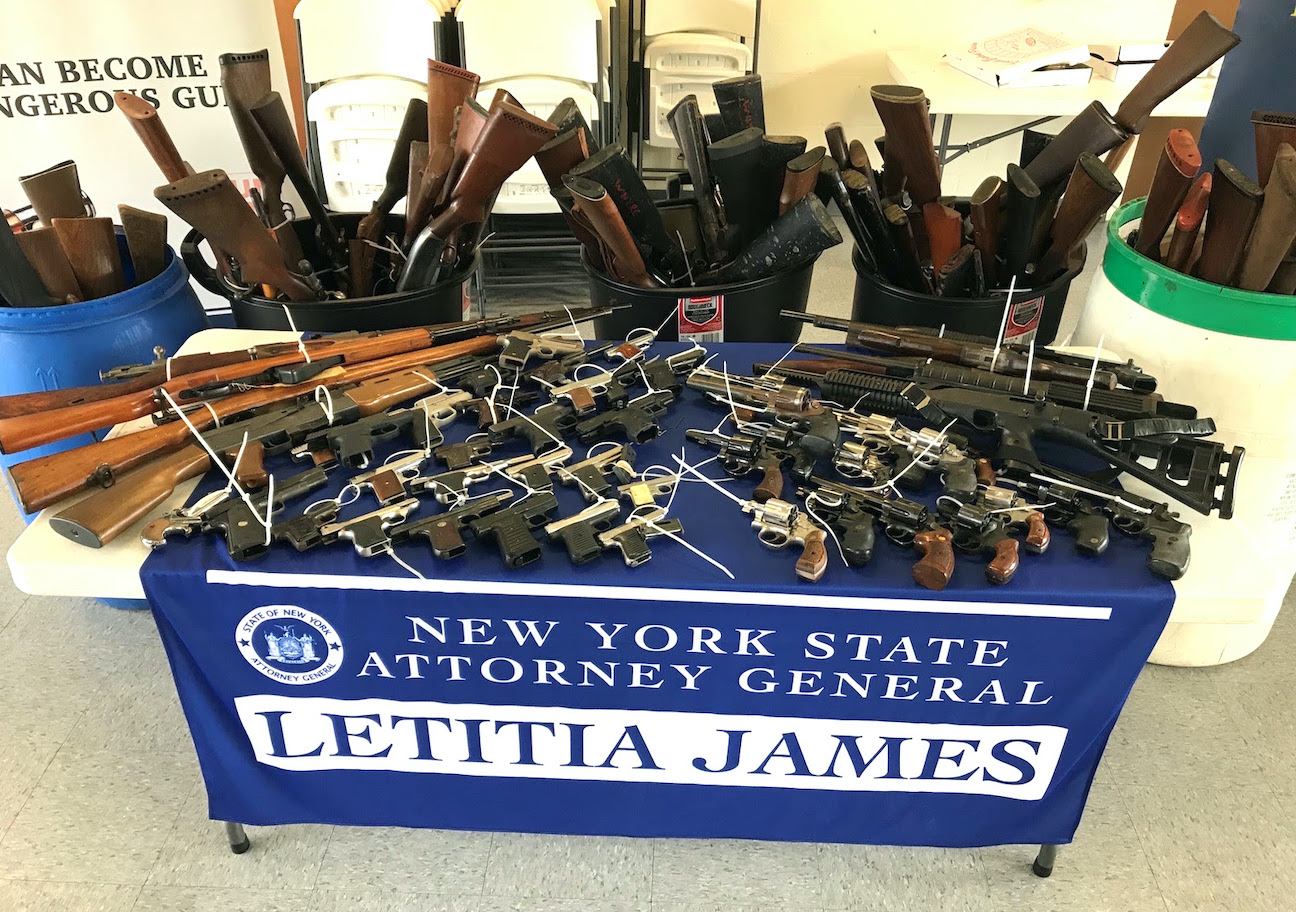 (Photo courtesy of the OAG)

Has taken more than 1,600 firearms out of communities since 2019

New York Attorney General Letitia James recently announced 196 firearms were turned in to law enforcement at a gun buyback event hosted by her office and the Niagara Falls Police Department.

The Office of the Attorney General (OAG) accepts – with no questions asked – working and non-working, unloaded firearms in exchange for compensation on site. James has taken more than 1,600 firearms out of communities through gun buyback events and other efforts since taking office in 2019.

“Gun violence is a public health crisis that is endangering communities across the state,” James said. “From going after the violent drug rings responsible for this violence, to hosting these gun buybacks statewide, we are doing everything in our power to get guns off our streets and out of dangerous hands. We thank our partners in law enforcement for their invaluable support in this effort and shared commitment to ensuring all New Yorkers are safe.”

In exchange for the firearms, OAG also offered monetary compensation, in the form of prepaid gift cards, and Apple iPads when an unloaded gun was received and secured by an officer on-site.

A press release stated, “Gun violence is a public health crisis that is plaguing communities throughout New York, and today’s action is the latest action that Attorney General James has taken to combat this crisis and protect New Yorkers from harm. This year alone, Attorney General James has held eight gun buybacks across the state and, within the past two weeks, she has secured 24 guns, including 10 ghost guns, off the streets in takedowns of violent groups terrorizing New York.”