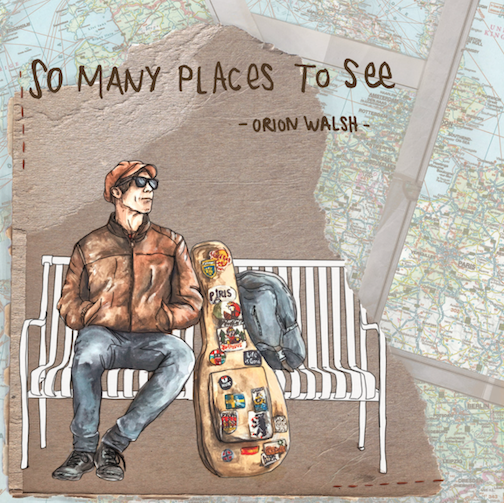 Orion Walsh, "So Many Places To See" (Image courtesy of Earshot Media)

Orion Walsh releases new album 'So Many Places To See'

After a decade of putting out albums and touring, Nebraskan singer-songwriter Orion Walsh is set to release “So Many Places to See” with folk/roots label Sower Records.

Walsh has been touring for over a decade and has performed more than 1,000 concerts all over the U.S., as well as multiple tours to Europe both as a solo artist and with his band. Orion has performed his music in 15 different countries and opened for artists in the past such as Big Bad Voodoo Daddy, David Dondero, Mae, David Bazan, The Mynabirds, Wild Child, Samantha Crain and Wayne Hancock. Several of his songs have been used on television and independent films in the past, including “Skins” (U.K.), “Pawn Stars,” “NY Ink” (TLC), “What Not to Wear” and “America’s Next Top Model.”