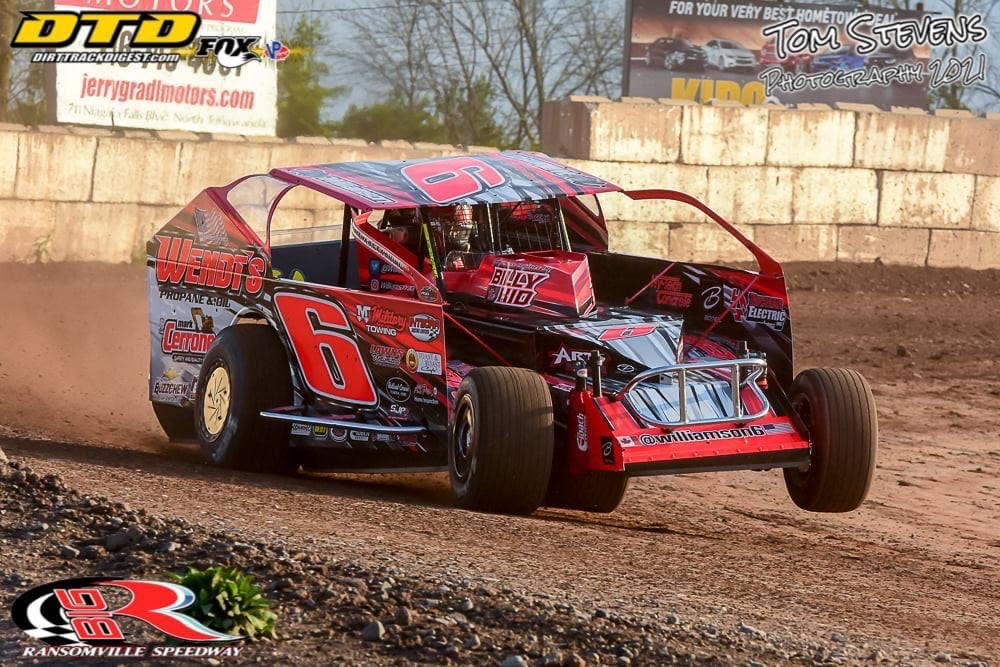 Tuesday, July 6, will see the return of the Big-Block Modified Super DIRTcar Series to the “Big R” for the 36th running of the Summer Nationals. Wendt’s Propane, Stirling Lubricants and National Maintenance Contracting Corp. will present the racing program, which will be seen by a worldwide audience on DIRTVision.

The Summer Nationals at Ransomville Speedway is a tradition unlike any other. The Tuesday night classic celebrates its 36th anniversary this year, and there have been many memorable moments throughout the years. Three drivers share the all-time record for most wins in the Summer Nationals: Alan Johnson, Danny Johnson and Stewart Friesen. Friesen claimed his sixth win last season as he enters the race as the defending champion. His first win came in the 2006 edition of the Summer Nationals followed by five wins during this decade (2010, 2012, 2015, 2016, 2018).

“AJ Slideways” Alan Johnson won the inaugural edition of the event back in 1985. The all-time winningest driver in a DIRTcar Modified had to use a provisional to qualify for the event and started dead last in the 30-car field. Johnson won again in 1987 driving the Billy Taylor No. 1 Modified. It would be 10 years and four runner-up finishes before he would win the event for the third time in 1997. He’d make it back-to-back wins in ’98 for win No. 4 followed by wins in 2001 and 2003.

“The Doctor” Danny Johnson has been one of the all-time greats when it comes to racing at Ransomville. His first Summer Nationals win came in 1989 as he fended off a late-race challenge from Brett Hearn. He beat brother Alan in 1996 for his second win. He responded to Alan’s back-to-back wins in ’97 and ’98 with two in a row of his own to close out the 20th century and begin the 21st century. He added wins in 2004 and 2009.

“Barefoot” Bob McCreadie has won the Summer Nationals five times in his hall of fame career. McCreadie is the only driver to win the event four straight years during the early 1990s.

With four drivers accounting for 23 of the 34 wins in the history of the Summer Nationals, only nine other drivers have won the event. Brett Hearn and former track champion Todd Burley are the only other drivers with more than one Summer Nationals win. Hearn has the record for the longest gap between wins at 15 years. His first win came in a rain-shortened affair in 1990. Hearn wouldn’t win again until 2005 when he made a late-race pass on Friesen to win. Burley won in 2008 and 2011. The man known as “The Tornado” never finished out of the top 10 in 10 career Summer Nationals starts.

Also on the card will be the inaugural Mike Bonesky Memorial for the Sportsman Super DIRTcar Series. The $1,500-to-win event also features over $3,000 that was added to the purse, and contingency monies for the Sportsman. The top DIRTcar Sportsman drivers will make the trip to Ransomville to race in honor and memory of avid fan and former racing columnist Mike Bonesky, who passed away unexpectedly last December.

Racing will get underway at 7 p.m. For gate times and admission prices, log online to www.ransomvillespeedway.com

Ransomville Speedway is located on Braley Road in the hamlet of Ransomville. “The Big R” is a 3/8th-mile DIRTcar-sanctioned facility that is the home of the Summer Nationals. Ransomville also features a 1/16th-mile Go-Kart track for action on the “Little R” on Thursday nights. For more information, visit www.ransomvillespeedway.com.